The Fans want to see her in the role of Mera and Because of that, the Fandom Community has started an online petition where want to change Amber Heard and see Emilia Clarke play the role of Mera Alongside Jason Momoa. As fans always have a theory of themselves and who doesn’t want to see this pair together on the screen and that is what they hope for. since Amber heard has been in on a legal battle with her ex-husband Johnny Depp and they have made quite news in the film fraternity and all over the world. Since there was a chance we could be seeing johnny deep in the Fantastic beats 4 but he has shelved from that movie and believe that Amber Heard could also be shelved from the movie Aquaman and being gone from this franchise they believe that Emilia Clarke would be the best fit for Mera.

Here is one of the images by Fans. 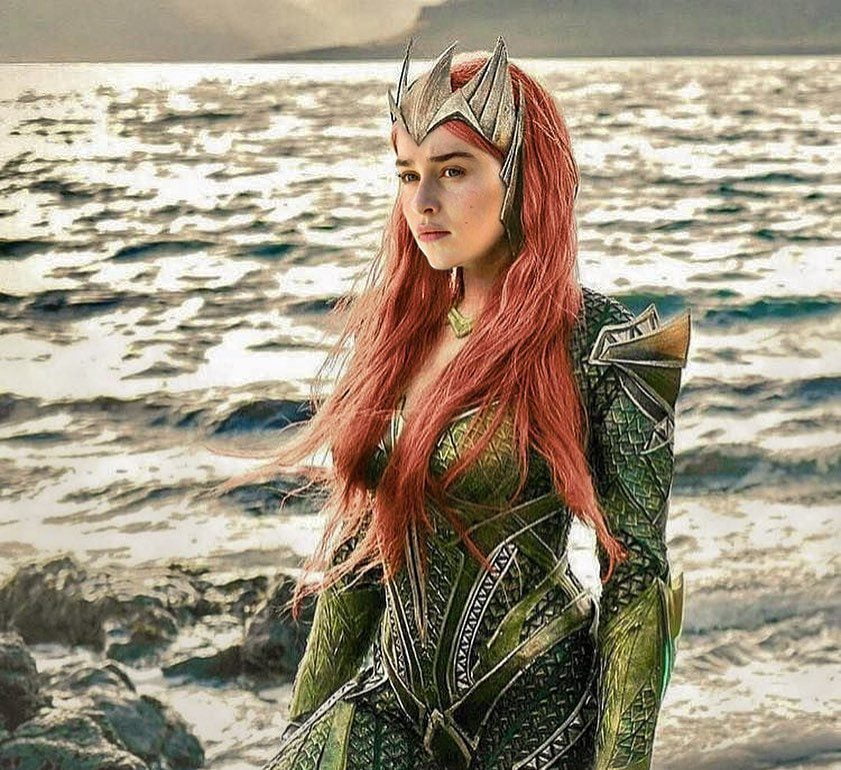 While this is started by a person named Larson as he believes that men in also abused in the relationship while Jonny deep has been shelved from Fantastic beats same should be done for Amber Heard. Thus making it ideal for both sides to be equal.

While still there has been official confirmation from Amber Hear that she would be replacing her role with somebody else. But has been in full support that she should be removed from the movies.

while the movie Aquaman and The Lost Kingdom is the full title of Aquaman 2, as announced by director James Wan on Instagram. The Lost Kingdom is one of the seven kingdoms of Atlantis, and so maybe Arthur Curry/Aquaman’s job is to find this land and restore it to a functioning part of the empire.

The movies will be featuring the same set of characters and only a few major changes will be coming.

while superhero movies and animated are on the rise and highest at this time there are chances that we will be seeing more movies likes that that are upcoming and set to release in the year 2022 and many more which have started their production after the corona has been seen declining and everybody is gearing and shooting very hard for next movies which are scheduled to release in near future.

The current cast is as follows:

Possible, but still unconfirmed, returns include Nicole Kidman as Atlanna and Willem Dafoe as Nuidis Vulko.