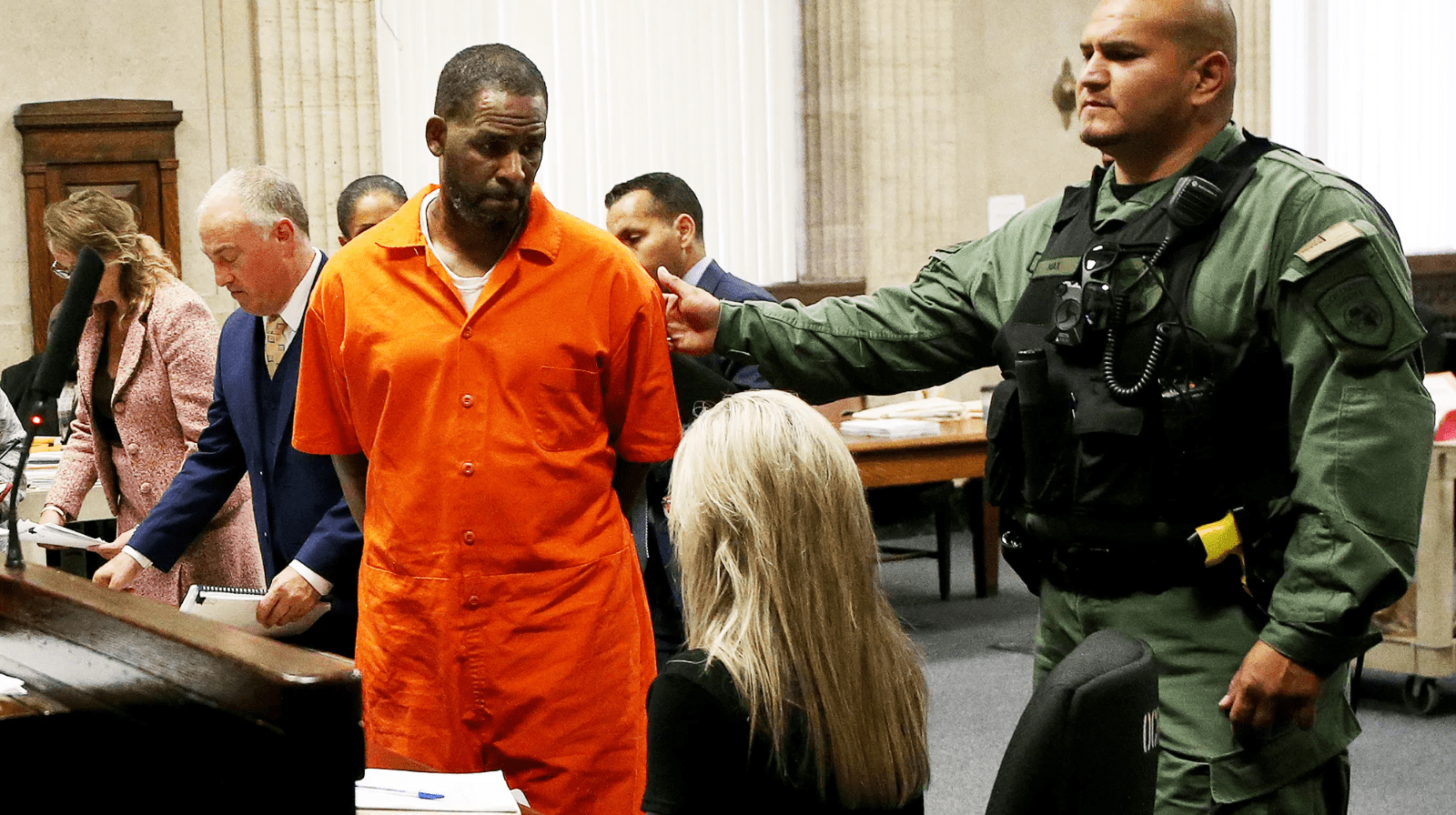 A lawsuit against a Brooklyn Prison was registered by the lawyers of R. Kelly for situating the accused ‘Sex Trafficker’ on Suicide Watch, On Wednesday, he was sentenced to 30 years in prison for his atrocities.

Situating high-profile convicts on suicide watch before or after sentencing is certainly a standard practice according to the Law. The associate of Jeffrey Epstein, Ghislaine Maxwell was likewise placed on suicide watch “without any justification” at the same prison prior to his sentencing this past week. However, in a statement to People, Kelly’s lawyer Jennifer Bonjean mentioned that the suicide watch placement at the Metropolitan Detention Center was implemented for “purely punitive reasons” and also that the “cruel and unusual punishment” violates Kelly’s Eighth Amendment Rights. The aftermath of this according to Jennifer was that Kelly has suffered from “severe mental distress”.

“MDC Brooklyn is being run like a gulag. My partner and I spoke with Mr. Kelly following his sentencing, he expressed that he was mentally fine and ONLY expressed concern that even though he was NOT suicidal, MDC would place him on suicide watch (as they did following the guilty verdict). We have just sued MDC Brooklyn.”

The attorney general also wrote a statement on Twitter on his behalf:

“R. Kelly is not suicidal. He was in fine spirits after his sentencing and hearing and ready to fight this appeal.”

Bonjean also quoted a prosecutor’s statement as saying that the jail’s legal counsel informed her that:

“per the psychology department, is on a psych alert for various reasons, such as age, crime, publicity and sentencing.”

How is the Suicide Watch done?

The convicts on suicide watch are placed in solitary cell confinement and are put under consistent surveillance. Lawsuit of Kelly told in a statement about the Suicide Watch:

“They cannot shower or shave and are sometimes not even afforded toilet paper. Meals are not provided with utensils, forcing inmates to eat with their hands. They have no ability to consult with loved ones or supportive figures. And of course, they are monitored 24/7 by prison officials. Ironically, individulas on ‘suicide watch’ don’t even receive psychiatric care.”

According to a report by Reuters, Kelly’s lawsuit opposed to MDC Brooklyn seeks $100 million compensation for damages. It’s indefinite how long Kelly will be kept on suicide watch.

It was not responded to the allegations pertaining to Kelly directly by the BOP. A spokesperson mentioned in a statement:

“For safety and security reasons, the Bureau of Prisons does not provide information about conditions of confinement or internal security practices for any particular inmate. The BOP is committed to ensuring the safety and security of all inmates in our population, our staff and the public. Humane treatment of the men and women in our custody is a top priority.” Kelly was sentenced to 30 years in prison on Wednesday after almost an year of his conviction in last September. Kelly is known for the 1996 Grammy-winning hit, “I Believe I Can Fly”.

He was found guilty of all the charges put on him of “racketeering and sex trafficking” at his Brooklyn federal trial the last year on one count of racketeering and eight accounts of violating the Mann Act, which stops transporting people across state lines for prostitution.

Now he will be facing charges against him in Chicago. The 13 charges would include child pornography, enticing a minor into illegal sexual activity, and a conspiracy to obstruct justice, the latter charge fixed to Kelly’s previous child pornography trial.

Although, the trial in Chicago was supposed tp initiate in April 2020, it was delayed firstly by COVID-19 and then it got delayed with the revelation of a hidden cache of 100 electronic devices belonging to Kelly. The trial has been now shifted and set to start on 15th August 2022.

The prosecutors mentioned that Kelly ruined his stardom and wealth in about Two decades to entice and lure women and underage girls into his orbit for sex, with the support of his entourage.

The 55-year-old Three Grammy winner also declined to speak during his sentences post of the court hearings of testimonies from his one teenage victim. Judge Donnelly said to Kelly that he created “a trail of broken lives,” adding that “the most seasoned investigators will not forget the horrors your victims endured.”

“These crimes were calculated and carefully planned and regularly executed for almost 25 years. You taught them that love is enslavement and violence.”

RXI: This Is The Extensive Real Time Risk Intelligent Solution Is The Best Of The Bests