Did Kanye West try to make Kim Kardashian JEALOUS by recreating their French Kiss in Paris with Julia Fox?

So, history is repeating itself now?

Famous rapper Kanye West and his recent partner Julia Fox were spotted French kissing each other while they were on a trip to France. They were traveling to Paris for the upcoming event of Paris Fashion Week. The couple was spotted by the photographer Danielle Levitt. The photographer framed these two touching tongues while they were attending a party. The party was also being attended by some of the popular celebrities such as Rick Owens and famous photographer David LaChapelle.

Well… to be precise, this isn’t the first time that we are seeing Kanye West (44 years), French kissing his partner in front of the camera. We have seen him doing it with his ex-wife Kim Kardashian and ex-girlfriend Amber Rose. This particular incident has triggered all those memories among the fans and they have pointed out the whole thing again and again on the social media platforms like Instagram and Twitter.

One Twitter user has posted all three photos of Kanye and his 3 partners lip-locking on Twitter and captioned it saying “History repeating itself.” Another Twitter user commented about the incident saying “I don’t wanna see this anymore lol.” One of the followers of the rapper even passed his opinion saying “He is downgrading make it staph (sic).” Another Twitter user made a joke saying that he has to appreciate the commitment of Kanye to the shtick, although it makes him want to barf.

The framed smooch of Kanye West and Julia Fox has happened days after the actress of the ‘Uncut Gems,’ Julia Fox (31 years) did appoint a couple of portmanteaus – ‘Juliye.’ It seems like it was meant to be inspired from the name ‘Kimye.’ The nickname that connected the rapper with his ex-wife Kim Kardashian (41 years). 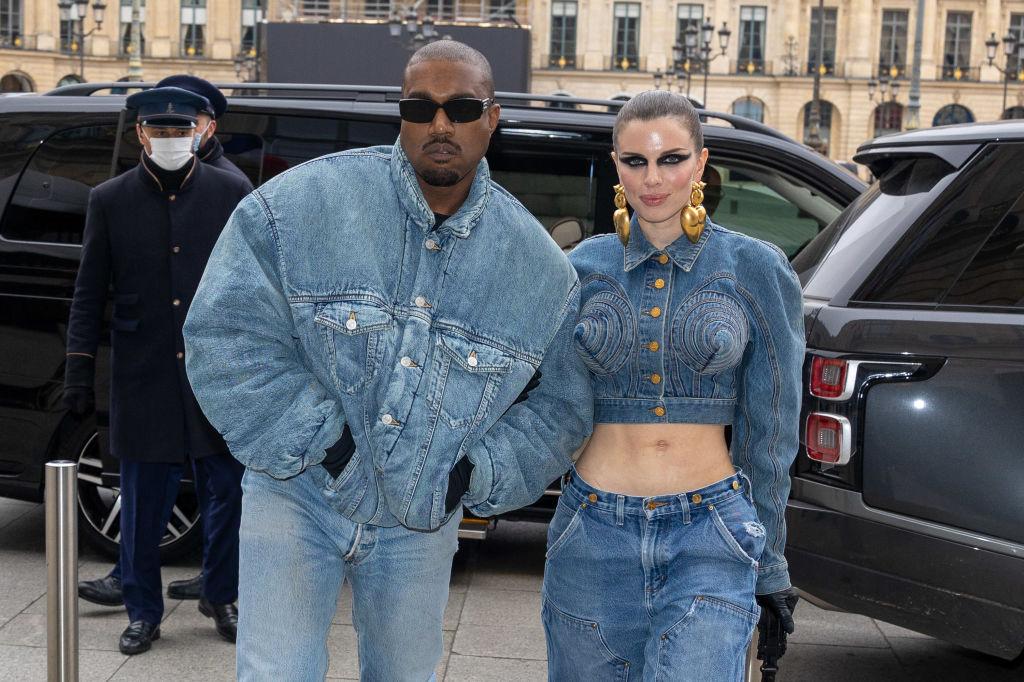 On one hand, we have seen the founder of the SKIMS has been going out with Saturday Night Live comedian Pete Davidson. On the other hand, the relationship between Kanye West and Julia Fox has been building up slowly but steadily within just a few weeks. After the two had met in the time of New Year, we are seeing that the couple is taking their time to get to know each other while they’re going out on dates in the city of New York, Miami, Los Angeles, and, now France.

At the tarting of this month, the actress of ‘Uncut Gems’ had opened her mind about the instant connection she was able to make with the winner of the Grammy Award, in an interview with the magazine. Her interview was published along with some photos of their newfound love and the pair engaging in PDA. An insider source has revealed to Page Six earlier that they mutually helped each other in their private lives. West helped Fox to move on from her ex-partner Peter Artemiev and Julia helped Kanye to move on from his ex-wife Kim Kardashian. In this context, you should know that Kanye fathers 4 children with Kim, and Julia shares a son with Artemiev)