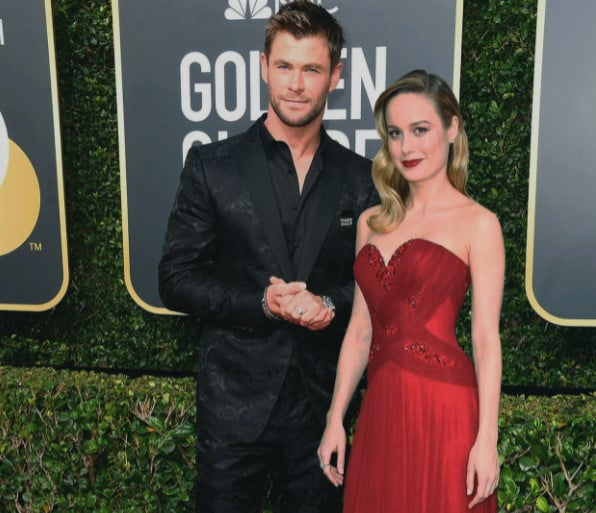 Chris Hemsworth and Elsa Pataky are feuding, according to an internet source, over his ‘Avengers: Endgame’ co-star Brie Larson. The ‘Thor’ star’s wife is said to be envious of their closeness and feels Larson is attempting to seduce him. After filming together as Thor and Captain Marvel, the Marvel Cinematic Universe co-stars established a “flirty” friendship, according to “NW.” Elsa Hemsworth isn’t thrilled about it, and a source told the magazine that she feels “threatened” by Brie Larson, who is “beautiful, smart, and amusing.” Larson was, in fact, “exactly the kind of person that Chris would go for if he was single,” according to Elsa Pataky. What’s the deal with Chris Hemsworth and Elsa Pataky’s feud?

Elsa was also said to be concerned whenever her rockstar husband traveled the world to promote his flicks, according to the informant. Hemsworth should not get “near to his female co-stars,” according to the model and actress. According to the article, the ‘Thor: Love and Thunder’ star has informed her multiple times that “nothing is going on between him and Brie.” Pataky, on the other hand, isn’t convinced. Pataky allegedly responded against these charges by throwing Larson “dirty looks” during the Los Angeles premiere of “Avengers: Endgame.” According to the insider, that was her way of warning her husband’s co-star to “back off.” Surprisingly, the report had no visual evidence to back it up. Chris Hemsworth and Elsa Pataky have a happy marriage and live in Australia with their children. The actor is a loving husband and father who has been true to Elsa throughout the years. Apart from their status as co-stars, Chris Hemsworth and Brie Larson have no connection. Another insider said that Brie Larson and Chris Hemsworth were feuding and at odds with one another. The stresses they’re under, given the large franchise’s reliance on them, appear to be causing them problems. Chris Hemsworth dislikes Brie Larson’s attitude, according to a famous story published by ‘Star.’ Larson has sought “top billing and the best seat in the house during cast interviews” on many occasions, according to the source. They also said Brie Larson believes she is “the best thing that has ever occurred to the Marvel franchise.” “She acts harshly because she believes her own hype.” Everyone is irritated, especially Chris.”

Fans think that Brie is a fantastic addition to the franchise and has done an outstanding job portraying the superhero. She is wonderful in her performance, and such reports only serve to denigrate the actress and degrade the amount of time and effort she put into it. Brie’s co-stars have been supportive of her decision to join the MCU, and she will reprise her part in the future. So, no, she is not dating Chris, and also she isn’t driving a rift between Chris Hemsworth and Elsa Pataky, nor is she a pain to deal with. What’s next for Chris Hemsworth and Brie Larson?

Captain Marvel, played by Brie Larson, will return to the big screen in a brand new sequel film. In the upcoming Captain Marvel film, she will reprise her role as Carol Danvers. The film will be titled ‘The Marvels,’ which is a fantastic reference to the characters that will be joining Brie Larson’s superhero. Aside from Larson, Teyonah Parris, who played Monica Rambeau in the Disney+ short series ‘WandaVision,’ will appear in the film. Ms. Marvel will be played by Kamala Khan in the film, so Larson won’t be the only one with superpowers!

Chris Hemsworth, on the other hand, will reprise his role as the God of Thunder in the Thor: Ragnarok sequel. He will star opposite Natalie Portman, Tessa Thompson, and Chris Pratt in Taika Waititi’s ‘Thor: Love and Thunder.’ Christian Bale, Tessa Thompson, Karen Gillan, Russel Crowe, and others are among the cast members. Kevin Feige is set to produce the film, which will be released on February 11, 2022.