Zac Efron and Alexandra Daddario last starred in the movie Baywatch where they played the love interest of each other. Alexandra Daddario is famous for her Blue eyes and Also she is a model and great Actress who has given some major hits and has a huge fan following on Instagram and other social media platforms.

Their romance began a little before in 2017 from there were seen together with each other and then on they used to spend time with each other. But after the movie, Baywatch was released way back in 2017 only there dating rumors started.

Since then Zac has been dropping hints on all over media and interviews like a person who has a crush on another person like is wonderfully generous and they go well. 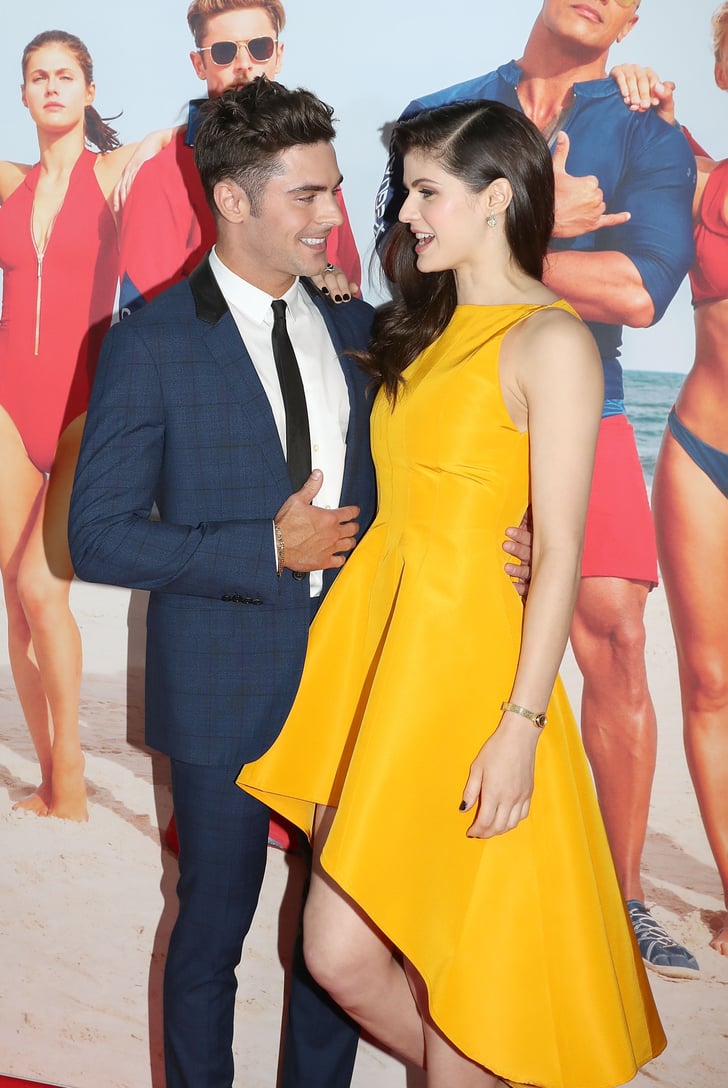 But is that it? No, we got more on his Instagram account from which he Commented on Alexandra Daddario’s photos particularly “hot” hmm… Coincident we don’t think so.

But Since the movie, Baywatch was released and as of 2021 they sure have e grown closer to each other and are spending more and more time with each other.

Before we get on with their latest details we sure would love to tell a little bit about their past. Zac Efron was previously dating Valladares who he meet in a cafe and to spend more time with Zac Efron she quit her job. but the relationship didn’t last and they had to break up with each other and go on their separate ways.

As of now he is single and maybe he is ready to be with someone now and his love interest could be Alexandra.

Alexandra Daddario as of may was dating Andrew Form and she made quite hearts broke when she revealed her relationship to the public. Though a coin has two coins her many fans congratulated her and wished her best.

So what is to Alexandra said that made whole media and media quiet in 2018.

Alexandra in an interview said that she is not dating Zac Efron and they are nothing but just good. Though some people get confused because we are together but it’s more for a movie.

But that was way back and as now things can change for sure and nothing is permanent in this world from that till now The two have spotted various time with each other and also spend time with each other. Recently they celebrated Zac Efron’s birthday even together.

They are quiet about and simply spending time with each other as if no one would notice but the fact they are already in somewhat stage o relationship that they also don’t realize.

But they still would claim that they are not in a relationship but their speak a different story and their time spent with each other on important occasions just doesn’t seem a coincidence.

We will tell you more about this when we hear any details.