Want to see the mysterious and suspicious tale again? Are ready to know about the most interesting anime dark tale? Well, I know the anime fans are dying to know about ‘Blue Exorcist,’ season 3, thus stay tuned to know it all, just here!

All About Blue Exorcist Is Down Here!

Blue Exorcist is by far the most interesting dark fantasy anime television show based on a beautiful manga series. The original manga series is penned and explained by Kazue Katou and was first published on April 4, 2009. This dark tale soon became very popular back in Japan. As a result, A-1 Pictures decided to make the manga book into a beautiful anime television show.

The first season of Blue Exorcist was aired back on April 17, 2011. The show soon caught the audience’s attention and became highly popular. After the end of the first season, a couple of special episodes related to the series were launched. Not only that but also an anime movie was released between the years 2011 and 2012 based on the show. The second season was aired in 2017 but still, there has been no news about the third season.

Will There Be A Third Season Of ‘Blue Exorcist?

The second season of ‘Blue Exorcist, ‘ which was named Blue Exorcist: Kyoto Saga, was aired back on January 7, 2017. The last episode of the show was released on March 25. After Season 2, two original video animation (OVA) episodes were launched under the name of Blue Exorcist: Kyoto Saga OVA on April 4, 2017, and on October 4, 2017, respectively. However, currently, there has been no news or updates about the third season yet. It has been 4 years and yet no news has come, but we still have some hope for the new season. If the third season is present, then the official announcement of it will definitely get out by this year. Thus the third season has a strong chance to get released in April 2022 or by 2023, particularly in January. The delay in the season occurred due to the prevailing COVID-19 situation. 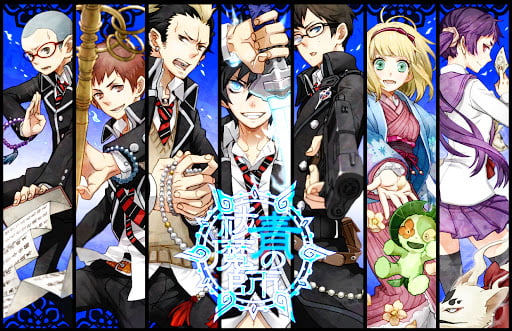 The original author of the manga book, Kazue Kato, always releases chapters on a monthly basis. She hardly takes any vacation and takes breaks for only one month. Kato in an interview back in 2016 described something about the third season. She said that she is planning to introduce four more arcs in the show. Thus the audience obviously gets the hint of the story coming to an end. Well the television show is completely based on the manga from word to word. Though Kato has still not decided anything about the ending yet. She has many ideas related to it but still haven’t confirmed anything yet.

Kato releases 11 chapters a year thus the story will come to an end by 2023. Well most importantly as soon as we get any information related to Blue Exorcist season three we will definitely be the first one to notify you about it. The third season is a surety but when will it get released is still a question mark.