The popular Fast and Furious series, which is released by Universal Pictures, is built on a succession of films that revolve around thefts, unlawful street driving, and violence. Fast and Furious has been an incredibly awesome series from its first installment itself. With Vin Diesel in the leading role of Dominic Toretto, the ninth part of the show titled, F9: The Fast Saga was premiered earlier this year. With the advent of Fast and Furious 10 in two parts, the franchise has announced that the series would be coming to an end.

In its leading roles, the franchise involves Vin Diesel in the role of Dominic Toretto. The character of Letty is being played by Michelle Rodriguez, Tyrese Gibson characterized as Roman, the role of Tej being played by Ludacris, Jordana Brewster as Mia while  Nathalie Emmanuel will be playing Ramsey. Sung Kang‘s comeback as Han is anticipated, given that he fabricated his own demise in the earlier installment in the saga. It is also presumed that John Cena who will be playing the role of Jacob Toretto will make a return in both parts of the film. For the most aspect, the casts of both parts are likely to remain the same. However, given that the ninth part had no deaths, certain killings are projected in the upcoming parts. Release date of the Fast and Furious 10

Initially, the audience was looking ahead to the release of part 1 of this series, earlier this year. Unfortunately, due to the outbreak of the epidemic, production and filming were delayed, and the first installment will now be released in April 2023, with filming beginning in January of the following year. And part 2 of the franchise would premier somewhere in the year 2024. 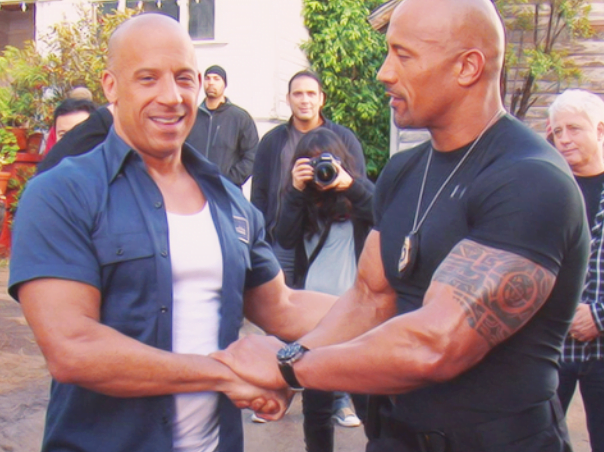 In the wake of the headlines of the franchise’s conclusion, Vin Diesel moved to Instagram to ask Dwayne Johnson, aka The ROCK, to complete his role in the franchise finale, because no one could possibly take the place of the man who played Luke Hobbs. A rivalry between both the two actors erupted a few years ago, and The ROCK was witnessed quitting his part in the movie. After on-set problems caused Universal to split off the series, Diesel and The Rock got into a well-publicized rivalry. The most recent dispute occurred when Diesel, claimed responsibility for Johnson’s performance during the Fast Five shoot. The star also made a statement conveying that he should keep his personal and professional lives separate. However, following Vin Diesel’s Instagram post, it was assumed that the famous wrestler will appear in the climax.

As the sources predict, Dwayne Johnson said that he won’t be a part of this franchise. Though Johnson does not appear to be willing to let an old conflict prevent him from starring in the final chapter of a franchise that he evidently enjoys.

Nevertheless, no authenticated statement has been made to reveal whether Dwayne Johnson will resume his role or not.