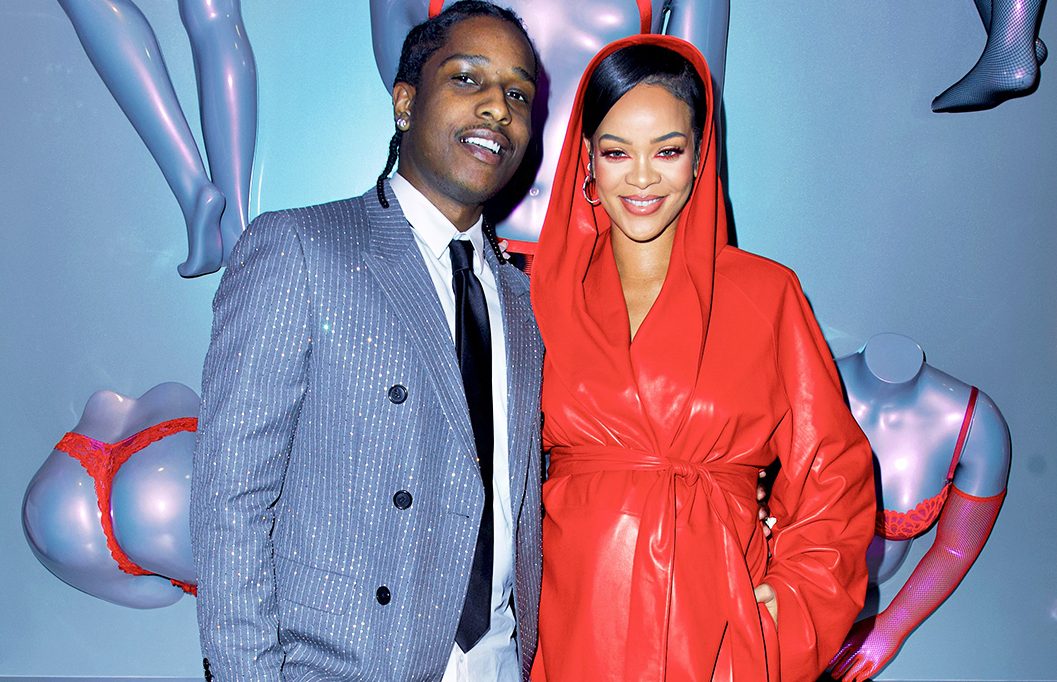 Rihanna and A$AP Rocky are some of the most adorable couples in Hollywood. The duo is often spotted together and they also express their love towards each other. The couple is also going to be parents soon. Since Valentine’s Day is just around the corner, the couple celebrated the day of love in a special manner. The couple was recently spotted in a Savage X Fenty Store. The duo surprised their fans with this unplanned visit to the store. They also greeted their fans. The duo looked super stylish and gave some major fashion goals. Rihanna was stunned in a red leather robe while A$AP Rocky rocked a sequin gray suit and he complemented his baby’s mommy to be with matching red shoes. The duo was spotted at the store for the recent launch of the Savage X Fenty Valentine’s Day collection. The new lingerie collection is one of the recent releases and Rihanna was super excited for this new release. The singer informed her fans about this recent release through her social media account. She also plans to expand her Savage X Fenty stores. Well, it is sure that RiRi is super excited for this exclusive Valentine’s Day collection and a surprise visit to the store might be one of their Valentine’s Day plans. Recently the duo was a spot in Fenty Beauty Universal Event in Los Angeles. The duo looked amazing and rocked a green and purple color-coordinated outfit. However, Rihanna revealed that this was unplanned and they did not coordinate their outfits intentionally. She stated that this color coordination always happens unintentionally to them. In the event, Rihanna also flaunted her baby bump and expressed her joy of being a mother. Rihanna announced her pregnancy last month. This news was not a surprise for her fans as the singer was previously spotted cradling her tummy at an event. Fans were quick to notice this and then rumors of Rihanna’s pregnancy were all around. Rihanna confirmed the news of her pregnancy by posting a picture on her Instagram. The singer flaunted her baby bump in the photoshoot. 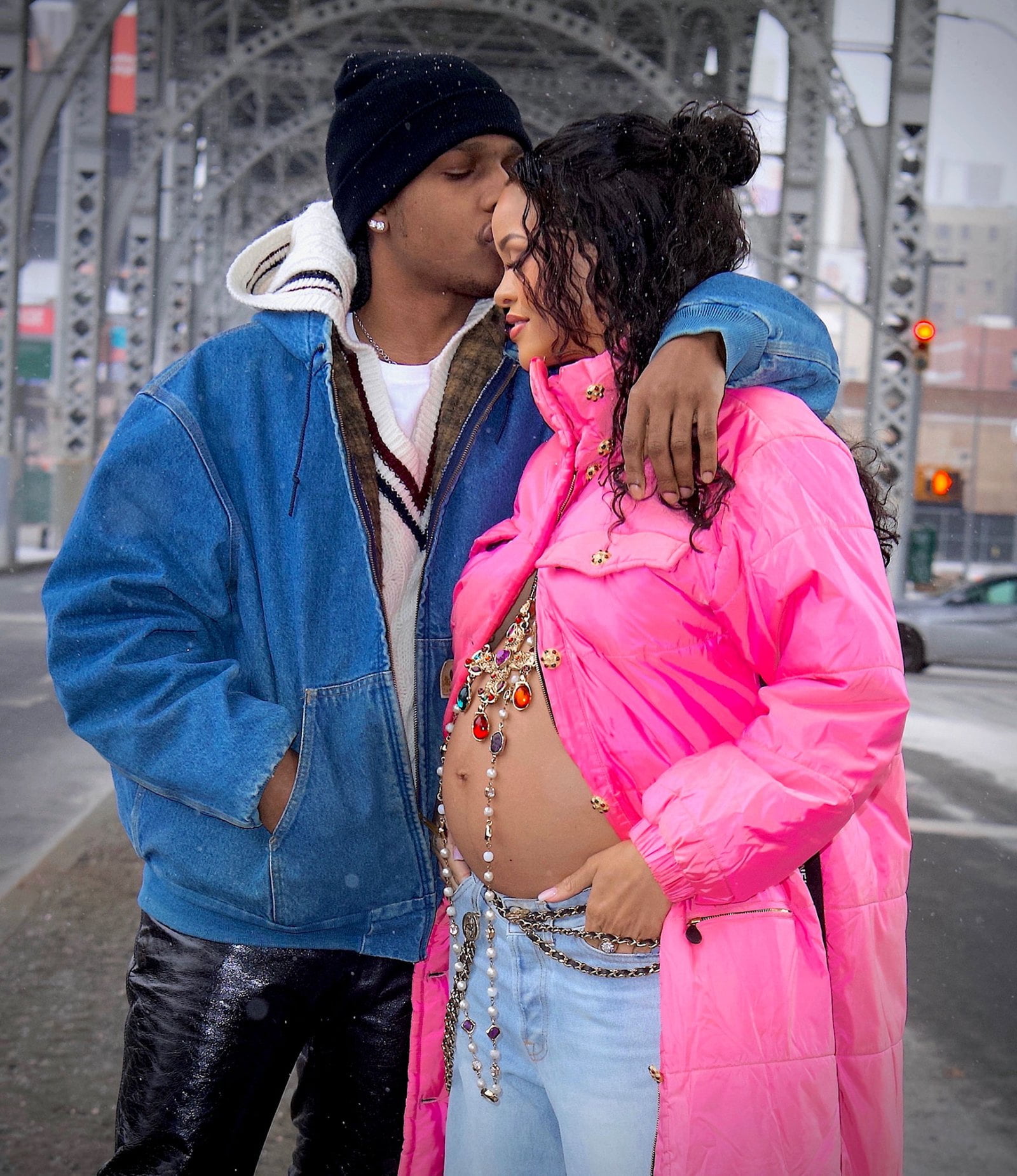 According to several reports, it is being said that the singer is very excited about her pregnancy. She and A$AP Rocky are ready to become parents soon. The couple is super excited about their new journey. Recently it was rumored that the couple is expecting twins. The rumor started after model Gigi Hadid commented on Rihanna’s picture as three angels. Later the model cleared the confusion and revealed that she was pointing towards Rihanna, A$AP Rocky, and their baby. Now it is clear that Rihanna is not having twins. The singer’s father also revealed that he is very happy for her daughter and excited for his grandchild. He also revealed that Rihanna is liking kids a lot and A$AP Rocky is a cool guy. Rihanna introduced Rocky to her family in 2020 on a family vacation. Well, it looks like RiRi’s family has already approved her relationship and is looking forward to welcoming the new baby into the world.