Rihanna posted a pic on Instagram flaunting her baby bump. Fans were super excited after Rihanna announced her pregnancy with her boyfriend A$AP Rocky. The duo were in a relationship for quite a long and now this pregnancy news came as a surprise for fans. However, something else caught fans’ eye on the post. It was model Gigi Hadid‘s comment. The model commented on Rihanna’s post as Three Angels. Fans were quick to notice Gigi Hadid’s comment and they also concluded that it is a hidden hint. Rihanna fans came up with the conclusion that three angels mean twin babies. It was expected that the singer is going to be the mother of twins. Everyone was excited about this news. Rihanna fans were super happy as the couple will be welcoming twins. It was time for a double celebration. However, there is a different meaning to Gigi Hadid’s comment. 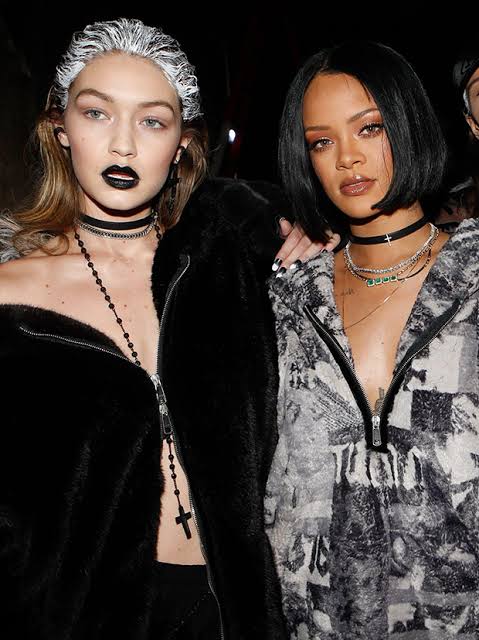 Gigi Hadid came up and cleared the confusion regarding her comment on RiRi’s post. She revealed that three angels refer to Rihanna, her baby, and Rocky. It is nothing related to twins. Well, this is surely sad news as one comment led to so much confusion. But Rihanna is expecting her first child and there is more reason to be happy. Rihanna and A$AP Rocky are currently enjoying their time. Rihanna is proudly embracing her pregnancy. It is also revealed that the two are very excited to welcome their newborn into this world. The news was confirmed by the duo recently by posting a picture of their photoshoot on Instagram. Rihanna is seen cradling her baby bump in the picture. The duo looks amazing and also seems to be blessed with this news. Well now that the confusion is clear about Gigi Hadid’s comment. Earlier it was expected that the model had spilled a big secret about Rihanna’s pregnancy but it’s not true. 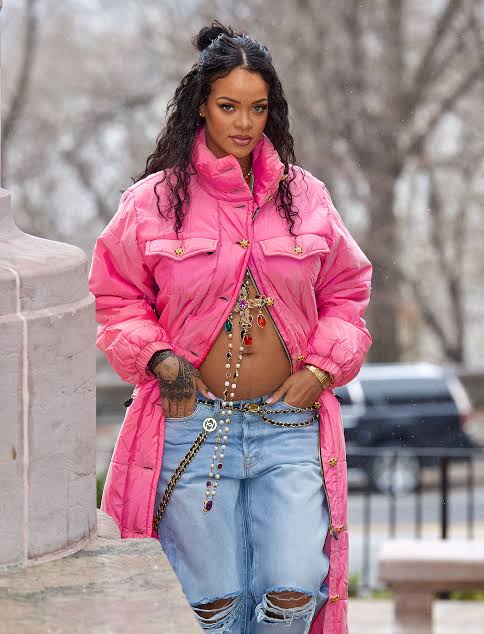 Recently in an interview, Rihanna’s father also expressed his excitement about Rihanna’s pregnancy. He revealed that he is overjoyed with this news. Rihanna always wanted kids and she manages them really well. She also enjoys being around kids a lot. She spends quality time with her cousin’s kids as well. He believes that Rihanna will be a good mother. Rihanna and her father were previously on not-so-good terms. However, her father seems to be happy and excited to welcome his grandchild into the world. He also revealed that A$AP Rocky is a very nice guy and he finds Rocky quite cool. Rihanna introduced Rocky to her family in 2020. The singer was rumored to be pregnant since last November. But the news was confirmed recently. 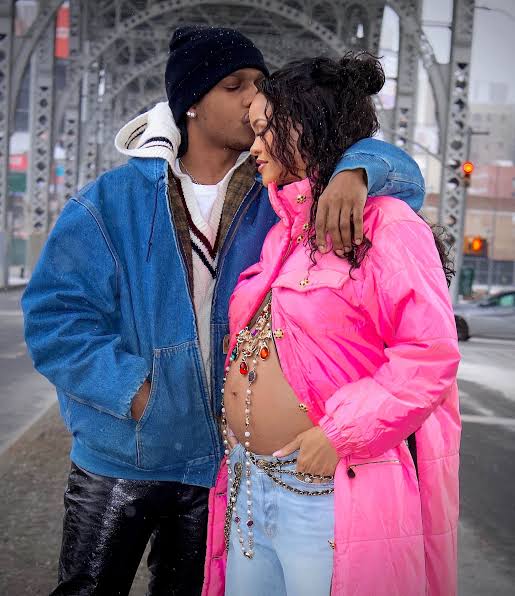 Rihanna and A$AP Rocky started dating in 2020. Rocky also stated that Rihanna is the one for him and he loves her a lot. According to some sources, Rihanna is very happy and is embracing the changes in her body. She was never concerned about getting pregnant but this time she is so much in love with Rocky that she decided to take one step forward. Well, it is overwhelming to see Rihanna and A$AP Rocky enjoying this beautiful phase of pregnancy.