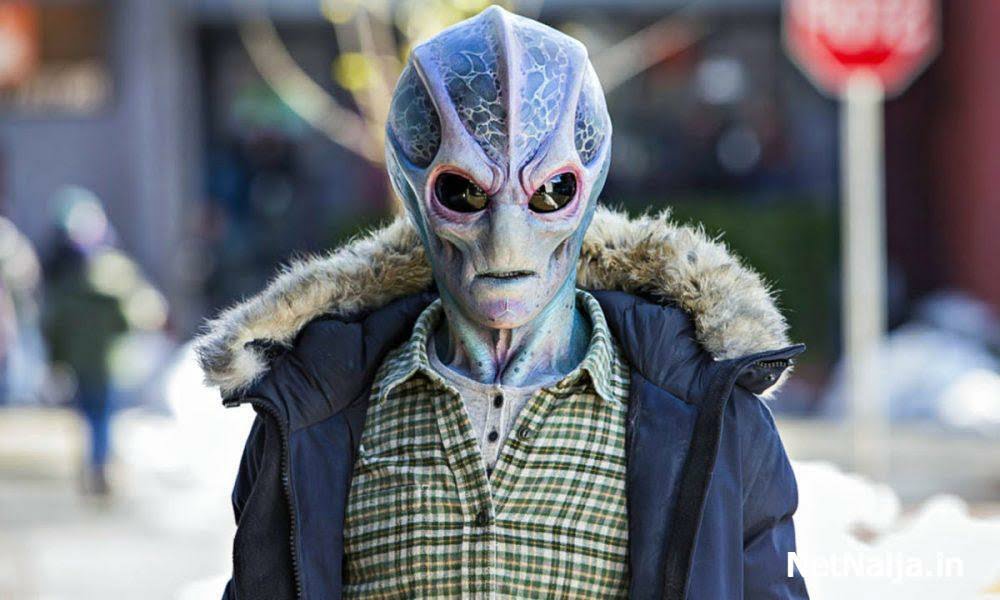 Resident Alien season 2 part 2 is in high talk! The SYFY network has officially confirmed the release date of the show. That’s not all, we have also received a brand new trailer for it. Fans are highly curious to unfold the story of season 2 part 2. We can’t wait to see what happens next in the tale. Moreover, fans are highly excited to learn more about the main characters of the show. Some brand new challenges are waiting for Harry and Asta. Stay connected with us, to know all about it, just right. Get A Quick Recap Of Resident Alien Season 2 Part 1

Before we move ahead, let us quickly recapitulate the story of Resident Alien season 2 part 1! The final episode of Resident Alien season 2 part 1 clearly ended on a major cliffhanger. A bunch of secrets was revealed! The alien-human hybrid baby goes missing. It somehow ravaged its way through Patience! Shockingly, he ruins Harry’s birthday party. Eventually, we learned more about Ben, Kate, and D’Arcy’s real motives.

While on the other hand, we also saw Liv in a tight position. Her past experiences with the terrestrials were pretty rough for her. The final part of Resident Alien season 2 will surely fill up the loopholes of Resident Alien season 2 part 1. Harry and Asta must find out about the hybrid baby! Moreover, they must cover the crime Asta committed. They clearly have a lot on their plate right now! It will be interesting to see how they get out of the jumbled puzzle. Last but not the least, General McCallister is present on their trail! A bunch of twists and turns are waiting for Harry and Asta. 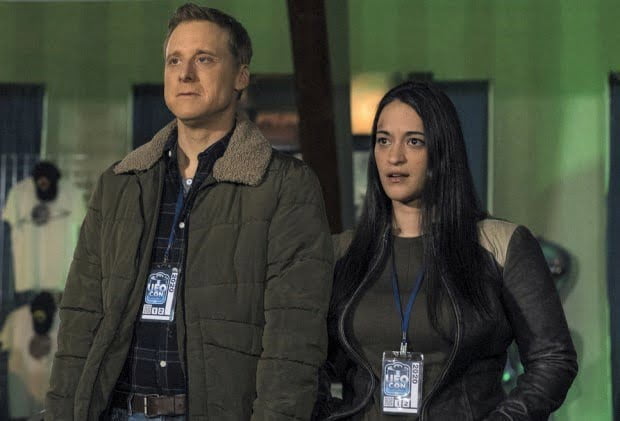 Your waiting period is about to end soon. The news you have waiting for is here! The release date of Resident Alien season 2 part 2 is finally announced. Yes, you heard it right, finally, after a prolonged wait, the SYFY network has officially notified us about the release date of the show. For months, we have been waiting for this moment! Get ready for the summer treat! According to the statement released by the SYFY network, new episodes are all set and scheduled to roll out on 10th August 2022. As per our inner sources, eight exciting episodes of Resident Alien are waiting for us. All the original cast members of the show are scheduled to appear in Season 2 Part 2. Mark the date on your calendar, as you surely don’t want to miss out on the new episodes of Season 2.

What Will Be The Storyline Of Season 2 Part 2?

The trailer of Resident Alien Season 2 Part 2 is currently streaming online. The teaser trailer speaks a lot about the upcoming storyline of the show. Asta and Harry are back! The story is about to continue. We all know what happened in the previous season of the show. Back then all eyes were stuck on Asta, she had to save Harry’s life. To escape the danger and save the love of her life, she shot directly at the Galvan goon!

As per our estimations, the second half of Season 2 will probably show us the aftermath story of Asta and Harry. Their search for the Alien baby will continue. They must keep their emotions intact. Some shocking truths are going to get revealed. On the other hand, the audience is also staring at Sheriff Mike and Deputy Liv. They are about to solve a huge case. Moreover, we will see Ben at a brand new resort. Can he succeed in his evil plan? That’s not all, some dangerous challenges are also waiting for D’Arcy.

If you take a closer look at the trailer, then you can clearly spot Terry O’Quinn’s Alien Tracker! Looks like he is ready to make a comeback for Season 2 Part 2. We will see him in Patience. He is curious to meet Liv. A hope will light up for Liv. She will eventually take his help. She already knows about the existence of the UFOs and this truth must get revealed to the town. To learn more about the show, watch the trailer of season 2 part 2.

Doom Patrol Season 4 Release Date and Where to Watch it