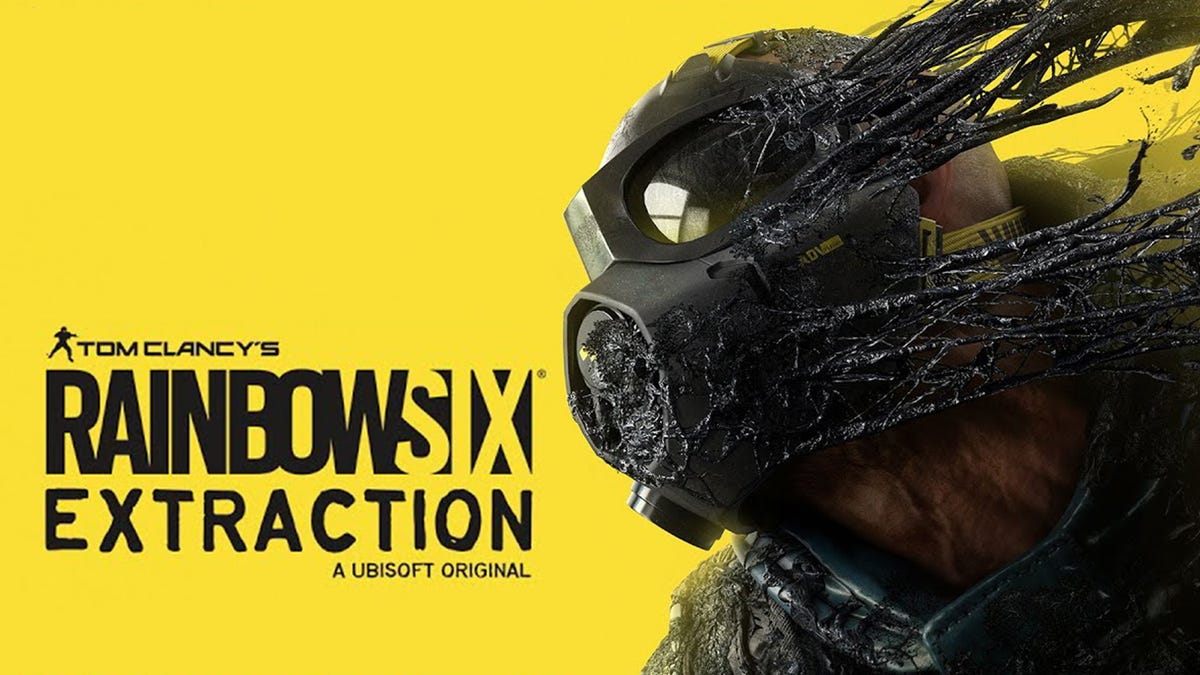 Rainbow Six Quarantine has been renamed Rainbow Six Extraction in anticipation of its reveal at Ubisoft Forward.

Ubisoft has produced a video introducing the new official name for Rainbow Six Quarantine – Tom Clancy’s Rainbow Six Extraction — ahead of its Ubisoft Forward event on June 12th at E3 2021.

From Parasite to Quarantine to Rainbow Six Extraction, it’s been a long road. That’s according to Ubisoft’s official teaser, which reveals the alien threat you’ll be facing. Extraction will be a three-player cooperative shooter in which you will take on the roles of multiple Rainbow Six Siege operators in order to combat an extraterrestrial infection that is fast spreading. The game was originally titled Pioneer, but the sci-fi title was modified to the hinted Quarantine title during development. Because the game was given the name Quarantine before COVID-19, no one gave it any mind until yesterday’s announcement, when the Extraction title change was mentioned multiple times.

Producer Antoine Vimal de Monteil unveiled the new title in the new Dev, Team trailer. Antoine also stated that the game has progressed “a lot” since it was first announced and that it builds on the foundations laid by the franchise’s previous installment, the highly successful Rainbow Six: Siege.

Extraction is stated to be a PvE experience, which sets it apart from the aforementioned Siege. Multiple players get together to fight a single parasitic organism. The news was revealed in a video recently posted by the game’s producer, Antoine Vimal du Monteil, who revealed the new Rainbow Six Extraction name and gave a brief overview of what to expect when the co-op shooter launches.

Quarantine was an internal placeholder for the game that was supposed to change owing to the ongoing Covid-19 pandemic, but the team eventually settled on Rainbow Six Extraction because of the game’s major gameplay focus. In case that wasn’t apparent enough, we’re extracting.

“The game has evolved a lot since the announcement,” Monteil remarks in the Title Reveal. “As the story progressed, the core of the experience grew clearer and clearer – operators banding together against a common foe, learning about the parasite and how to defeat it, and protecting each other along the way.

” Patrick Methé, the game’s creative director, goes on to claim that players will be fighting a “constantly developing extraterrestrial danger” with “plenty of hurdles to overcome.” Players must choose whether to fight the threat or flee to safety and according to Methé, “extraction is definitely the name of the game.”

Early indications point to a game that will be comparable to the popular Rainbow Six Siege. A multiplayer, class-based shooter in which players collaborate to rescue or protect hostages, disarm a bomb, and so on.

However, given the game’s previous name and the game’s mysterious infectious features, it’s not as if the original name wasn’t appropriate. They simply could not have predicted how the world would alter in 2020 and 2021.

At the end of the day, changing the name was the right decision. Rainbow Six games are known for their enjoyable gameplay, and after the year we’ve had, no one will want to play a game dubbed “quarantine.”