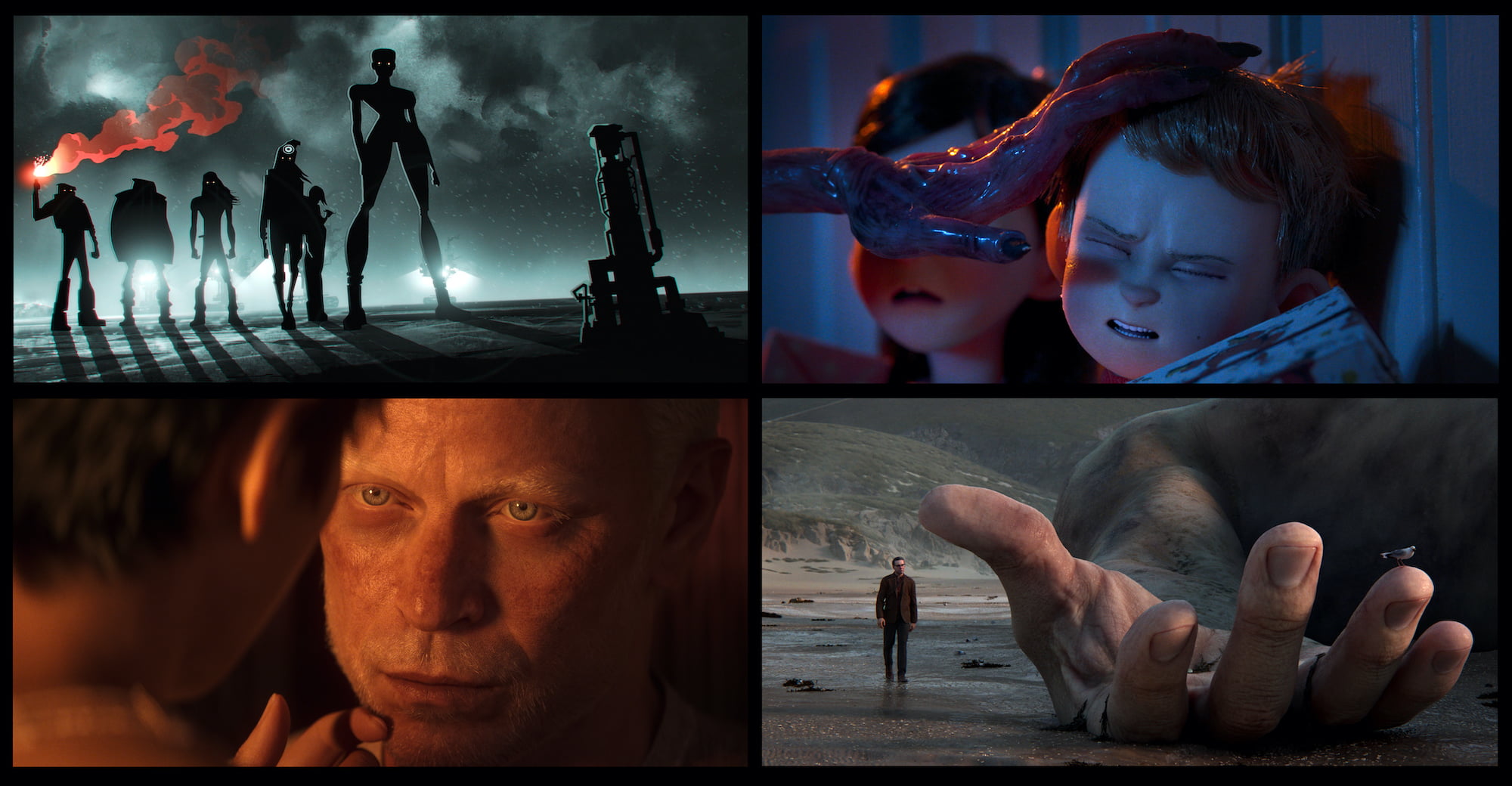 Love Death & Robots is an American adult animated anthology streaming television series on Netflix. 2 seasons are out currently on Netflix, and Love Death & Robots Season 3 is coming soon! Season 1 was released on 15th March 2019. It had 18 episodes. Season 2 came out on May 14th, 2021. It had 8 episodes. It is scheduled to release in 2022. This season is supposed to have 8 episodes as well.

Love Death & Robots or LOVE DEATH + ROBOTS (❤️❌🤖) – is a science, fantasy, and adult animated show. It is a reimagining of the 1981 animated science fiction film Heavy Metal. What’s unique about this is that the episodes are stand-alone and are all made and animated by different crews. Each episode lasts for anywhere between 6 to 18 minutes.

Love Death & Robots has officially been renewed for season 3 and it will be on Netflix sometime next year. Season 2 of the show had to be cut short to 8 episodes after the first season had 18. This was due to the halt in production owing to the Covid-19 pandemic. Fans were disappointed but at least we know for sure that season 3 will be coming now.

There is no definite release date for Love, Death, and Robots season 3 as of now. We just know that it will come out sometime in 2022. Seasons 1 and 2 were released in spring so if they are following the same pattern, Love, Death, and Robots season 3 can also be expected to come out in March or April 2022. Series with such high levels of animation typically do take longer than average to be made but we’re hoping to be able to see it real soon.

The Geniuses Behind The Scenes

The production companies involved are Blur Studio and Netflix Studios and the show is distributed by Netflix Streaming Services.

Will There Be A Season 4 Of Love Death & Robots?

We don’t know anything about season 4 as yet. Season 3 hasn’t been released yet so we will have to wait until that comes out next year. If season 4 is going to happen, we will get to know more about it only after season 3 has come out.

Renewal of shows depends on viewership and ratings and Love Death & Robots has had great viewership and reviews on the previous seasons so that hopefully will not be a problem.

What Else Do We Know About Season 3?

Nothing much has been revealed with regards to the plot or concept of Love Death & Robots season 3. The show has previously dealt with quite deep and philosophical yet controversial topics. We can expect more of the same this time around.

The topics mentioned in the title make up most of the show’s plotlines, however, each episode still focuses on different things.

It is a very refreshing change from the mundane, safe topics and plots of regular TV shows.

Call Of Duty: Warzone Giving Its Mysterious Red Doors Their Own Event – Everything To Know