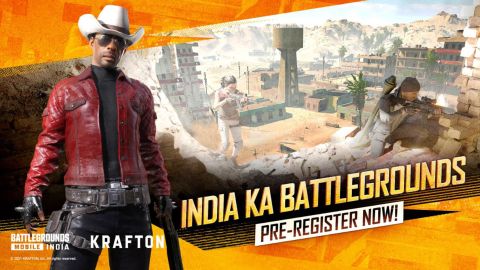 The ban of PUBG Mobile in India last year caused quite a stir in the gaming community, especially among the ranks of the game’s creators, Krafton and Tencent Games.

Since then, the developers have been working tirelessly to bring the game back to India, which has seen its own share of drama.

And now, nearly eight months after the game’s ban, Krafton appears to be on the verge of relaunching ‘PUBG Mobile’ in India.

However, I would like you to believe that Battlegrounds Mobile India is a completely separate game from the original, and appears to be plenty of evidence to the contrary.

PUBG Mobile appears to be making a comeback in India, but in a reimagined form dubbed Battlegrounds Mobile India.

Last September, PUBG Mobile was banned in India. Following that, Karfton, a South Korean firm, took over the publishing job in India.

Battlegrounds Mobile India is almost ready to launch, and pre-registration is now open in India. We’ll also get the Karakin and Erangel maps, according to the Google Play Store listing.

A promo on the Battlegrounds Mobile India social media handles, according to our previous article, showed a place named Ban Tai from the PUBG Mobile map Sanhok.

After a long wait, we finally have another teaser in the form of a YouTube video posted by the Wynnsanity site.

The video shows off the forthcoming Erangle 2.0 map and reveals that the game will be having new game mechanics in the near future.

Although the place names will be identical to those on the previous version of the map, the current one will split the map by running a river through the middle. This update would also include the addition of more bridges to the map.

Now that the Google Play Store page is up and running, it displays what appears to be the Erangel and Karakin map from PUBG Mobile.

The glider, which is only accessible in PUBG Mobile’s Erangel map, makes these maps easily distinguishable. The arid landscape and rounded bunker-style buildings on top of the hills in one of the photos identify Karakin.

With the game’s pre-registration already open, and Krafton’s social media presence having been revamped as well, the game may very well be on its way to being released soon.

As a result, a June 10 release date does not seem to be too far-fetched.

Aside from that, a recent PUBG tweet indicates that a new map named Karakin will be added to the PC version of the game.

The company has also included a video in the tweet, which gives a sneak peek at the upcoming chart. The game’s fifth map appears to be quite similar to the original Miramar map.

Although the map is ostensibly just a new addition, leaks and rumors say it will eventually replace Vikendi.

We can expect the map to arrive on PUBG Mobile shortly after it is released on the PC version of the game. However, there is still a long way to go. Apple Leaks Show That Airtags V2 Will Be A Card That Fits Perfectly Inside Your Wallet
Is Asus ROG Gladius III The Gaming Mouse For You? Find Out Here
Comment