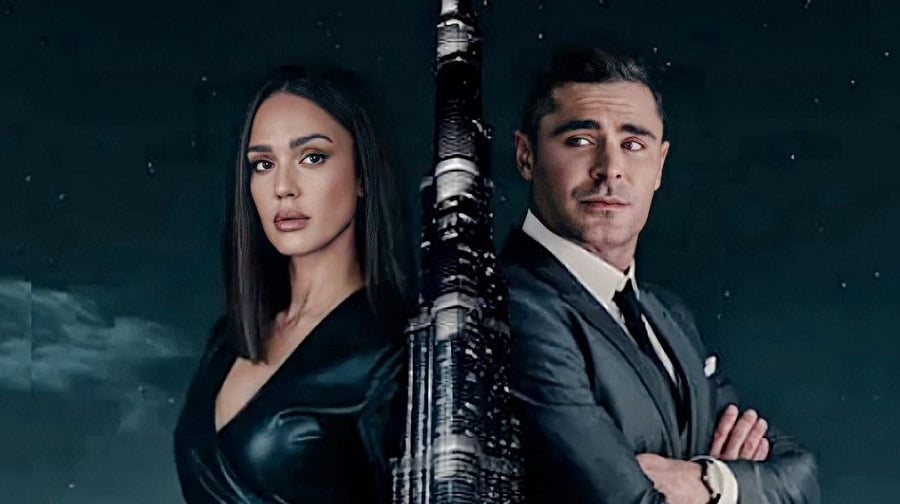 Zac Efron and Jessica Alba got together in Dubai for a movie ? or For an Ad? this is a question that has been circling the internet for some time now. While the two have amazing chemistry as can be seen in the trailer itself. But Zac Efron’s recent comment on how he is in love with Jessica Alba has set the internet on wondering.

Some fans wrote to his Instagram account even “what the…… ” a fan wrote and some others had excited reactions to it.

While there are still some things one should keep in mind is that Jessica Alba is married and her Marriage is now over 12 years old and she is in a very happy state too.

But why did Zac Efron say so in this post that he Loves Jessica Alba and that while he was shooting for the Ad or Movie as this battle is going on the internet?

This was when they were shooting for the drama in Dubai the city of dreams.

Everything to this point was going great and then people had a huge reaction to Zac’s Instagram but also this was said by him in a fun way and the scenes he shared was from the Ad. But you live if this was a movie or ad because even if it is Ad. The fans Zac Efron and Jessica Alba to do an action movie together because of how well they got together with each other and their chemistry are strong.

Let’s talk a little about the Ad where it was shot and for whom it was shot.

The Ad was shot for Dubai Tourism and it was to increase the travel experience and while the two are scenes in the ad it doesn’t feel like it is a bit more like it is a movie in which they have beautifully covered the essence of Dubai and the action why Dubai is preferred for actions scenes.

Why is Zack in Jessica Alba a fan wrote to this that who isn’t in love with Jessica Alba and for Zack it mainly because Jessica Alba came in the industry previously than him and is know for some amazing she has played through her career and while Zack Efron is someone who definitely admires your work and always says his heart when necessary?

Recently Zac has been Shooting For the second season of his Netflix series Down to Earth with Zack Efron. He is known to live in Australia for quite a time now. While Zac was previously dating someone he met in a cafe and they started dating each other and after being 10 months of being together they had to break up. The girl she was dating was working in a cafe and apparently after they started dating she even left her job in the cafe to spend more time with Zac Efron.

While Zack is Currently extending his Visa from 3 months to 12 months it will mainly be for his Netflix series which is about how people use natural techniques to live their life and it is also something Zac Efron is quite Passionate about.

The Defenders Season 2 Release Date and Renewal Updates on Disney+

Sylvester Stallone introduced fans with his new neighbour, a Shark, amid Expendables 4 filming