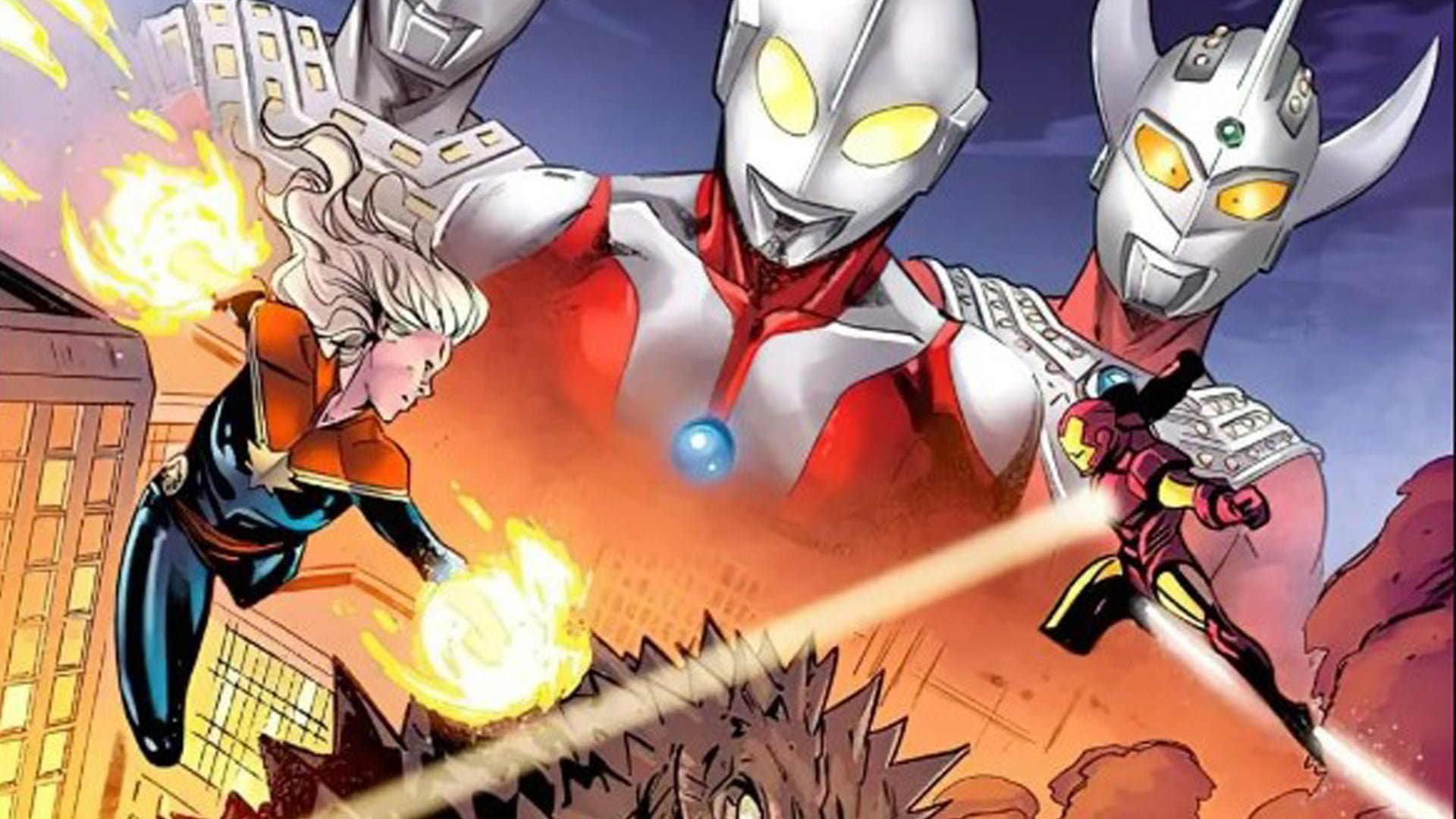 The Ultraman universe seems to be expanding as it is going to collab with the most successful comic book franchise in the world, Marvel Comics. Any time in 2023, Ultraman and Ultraseven will be joined by Spider-Man, Iron Man, and Captain Marvel in a historic comic book crossover miniseries. The crossover was announced by Matt Groom at the Anime Expo 2022 that was held at Los Angeles Convention Centre, USA.

Do you know what is special about this announcement? This is also the first time that Ultraman has made an in-person appearance in the United States of America. Marvel fans are being treated by MCU this year as we witnessed the return of the OG Gang on big screens. Marvel successfully brought Hawkeye, Black Widow, Wanda, Doctor Strange, and Spiderman to the screens. Thor is returning with his fourth solo in July and the return of Iron Man (who died in Avengers: Endgame) on screen is enough to make the fans go crazy!

The project is still untitled and will be the fourth project that came out of the collaboration between Tsuburaya Productions and Marvel Comics. Read the article to know about to know everything about Ultraman along with the latest details of this crossover. We have also mentioned the previous collaborated projects between these two production houses that are a must-watch for excited fans. 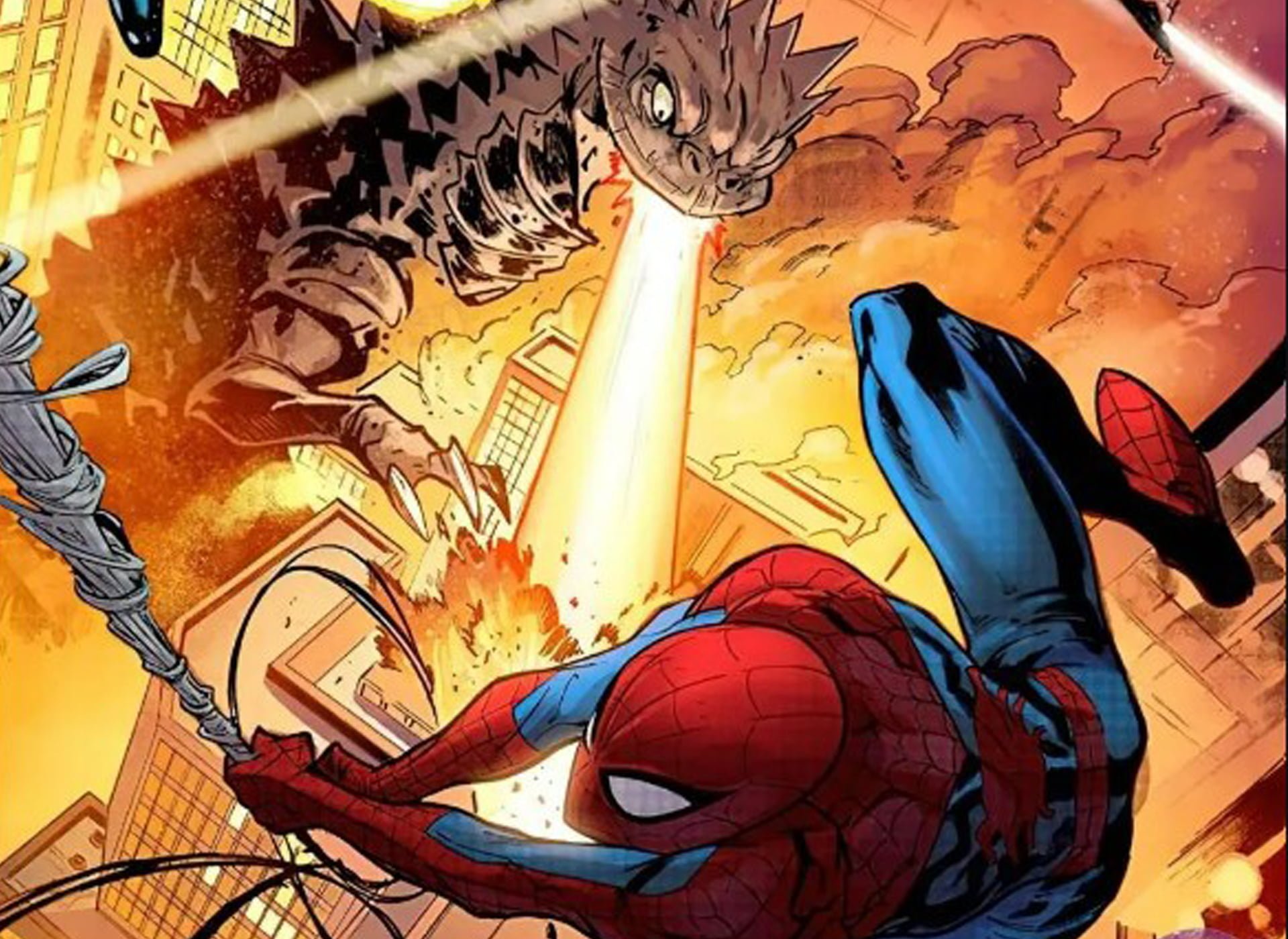 Ultraman is a fictional superhero who debuted in his self-titled TV series way back in 1966. He is the first Tokusatsu hero launched by the Ultra series and Tsuburaya Productions. The series ran for 39 successful episodes, spanning over 100 territories in the world, which encouraged the production to create another Kyodai hero series, Ultra Seven. Both are part of the Ultra series but share no common relation.

According to this background of Ultraman, he is a 40m-tall silver and red being from the M78 Nebula. Ultraman came out to be one of the most successful superhero franchises from Japan and is one of the most recognized characters throughout the world. Currently, it holds over 1400 episodes and more than a dozen films.

There is an ongoing Anime Ultraman whose second season was recently dropped on Netflix and has grabbed the attention of millions of fans on the streaming platform. What is This Crossover About?

This collaboration will be the first time that the Giants of Light, Ultraman, and Ultraseven will appear along with Spider-Man, Iron Man, and Captain Marvel to fight Kaiju and Marvel’s super villains. This crossover will take place in the current universe of Marvel’s Ultraman comics where they can be seen battling Kaiju, Bemular as well as supervillains from the Marvel universe. Though there are no official details, concept art suggests that both universes will bring their own villains and fight together against them.

The Ultraman and Marvel universe crossover is set to premiere in 2023 and further details about the plot and cast are yet to be declared. It will be interesting for the fans to watch their most favorite characters return to fight evil. There is only concept art available and no details are shared if the movie will be animated or will have in-person characters. If it gets released on a streaming platform, we can expect it to release internationally on the Disney+ Hotstar platform as Marvel has good connections with Disney. After the announcement by series co-writer Mat Groom, fans have gone excited about this crossover but collaborations have existed in the past too. It will be the fourth title to come under the Tsuburaya Productions and Marvel Comics’ collaboration.

The previous collaborated series include The Rise of Ultraman, The Trials of Ultraman, and The Mystery of Ultraseven, which is one of the highly anticipated upcoming series that will be on sale this August. For a long time, fans have been waiting to get a group of heroes from both sides to collab for a project and finally, Marvel’s Editor-in-Chief C.B. Cebulski, Transmedia Producer Jeff Gomez, VP & Executive Editor Tom Brevoort, and series co-writers Kyle Higgins and Mat Groom have come together to make this happen. Most Recent Projects of Ultraman

Ultraman Season 2 has recently dropped on Netflix and is receiving tons of love and positive response from its audience. The series has also been renewed for a third and final season whose premiere date is yet to be declared.

Hideaki Anno, who is popular for bringing Attack on Titans and Shin Godzilla to big screens, has brought up the film Shin Ultraman which has emerged as a massive hit at the Japanese box office. The film sold over 1 million tickets in just eight days of its release and was able to pull over ¥993 million Yen (about $8 million USD) during its first three days of release alone.

Shin Ultraman is yet to release in the international market and its release date in North America is still not confirmed. The Ultraman franchise is setting new records in Japan and with its collaboration with Marvel, bringing three of the most popular Avengers from the Marvel comics will surely intensify the amount of popularity it is receiving now. Stay tuned for any further details about this project!