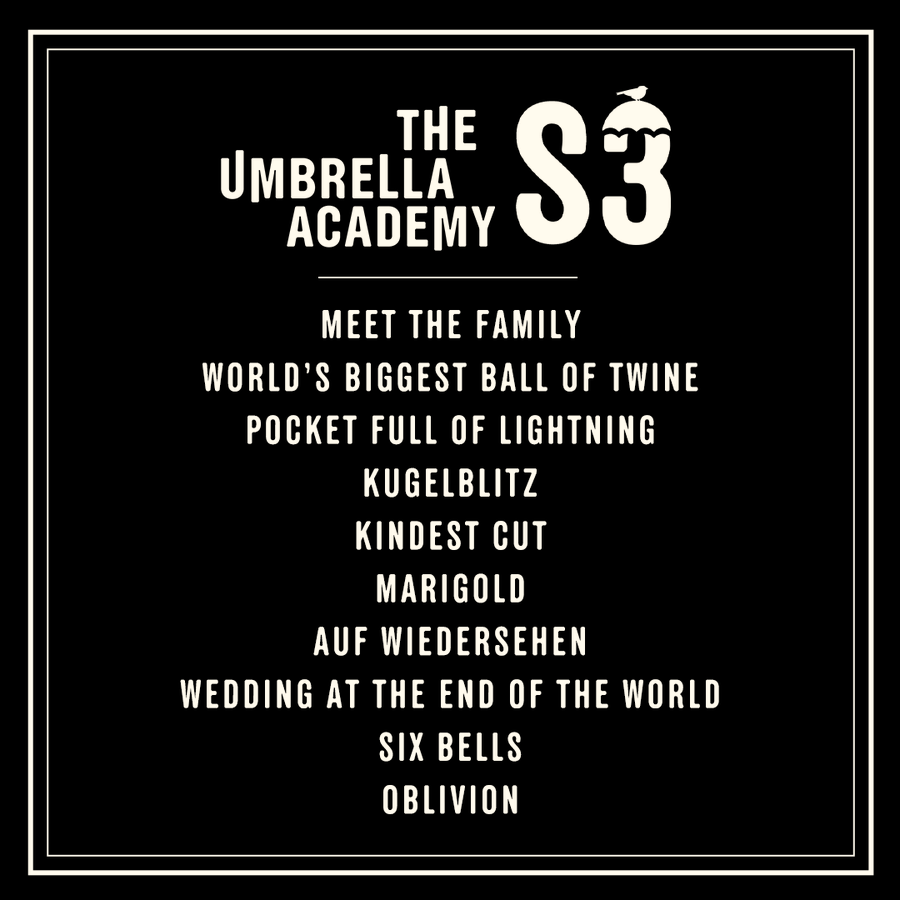 Finally, it’s a wrap for ‘THE UMBRELLA ACADEMY ‘ season 3 shoot. It is a Netflix Original superhero-comedy drama that is directed by Steve Blackman. It is a superhero-based phenom that has been received well by the audience for 2 seasons now. Season 2 of the series was released back on July 31, 2020. It is based on comics of the same name by Gerard Way and Gabriel Bá.

It is a family of Superheroes who are unique in their way and conduct and are brought together to fight off close destruction of the world.

The series was renewed for season 3 even before season 2 was out on Netflix. However, it was confirmed that season 3 will be shot for the series in November 2020 itself.  It has been among the series that has been well praised by critics and subscribers and eventually came out to be one of the best Originals on Netflix in 2020. Season 2 of the series has been nominated for four Emmy Awards Categories for cinematography, best fantasy, sci-fi costumes, and sound editing, and have has visual effects.

When is season 3 of the series likely to be released?

The writer and showrunner, Steve Blackman gave us a pinch of curiosity by revealing the titles of all episodes from season 3.

“I don’t think the world’s ready for this… I think it’s our best season yet.” quotes Emmy in an interview. Before this, Steve remarked during Netflix Geeked Week that  The Umbrella Academy season 3–is “wilder, bigger, zanier” than the two prequels of the series.

Most of the characters are expected to remain unaltered, including Eliot Page, David Castaneda, Emmy R. Lampman, Robert Sheehan, Aidan Gallagher, Tom Hopper, Ritu Arya, and Colm Feore. A few new faces are likely to come up which include Justin Cornwell as Marcus, the Sparrow leader, Jake Epstein as Alphonso, BritneOldford as Fei, Cassie David as Jayme, Justin H Min as an alternate universe version of Ben.

What can be expected from the storyline of season 3?

So, the last season was left on such a note that several questions were left unattended. Hope that the makers are willing to provide them with answers in an interesting and charismatic way. Season 2 closed with the main group of superheroes saving the world from the impending threat by bringing back the world to 2019 instead of the 19760s. The Sparrow Academy is also introduced at the end of season 2. However, the audience is impressed with an image of the superheroes of the Sparrow Academy started by Reginald. The members of the Sparrow Academy are likely to be revealed in the third season, along with their bonds and stories.

The series is now under production unless Netflix announces the release date and other details, for it is going to take a while for the series to be out.

Never Have I Ever Season 3: Who Is The Right Person For Devi?