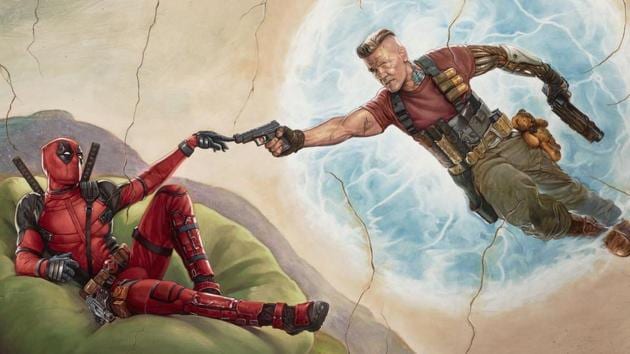 MCU is quite sure that the Ryan Reynolds starrer Deadpool 3 will attract the best rating just like the last installment. Recently Deadpool 3 after being an enthusiastic affair among all its fans, now the substantial question is, Will Deadpool enclose akin cast like other two Deadpool? Maybe or not. All around returning of Josh Brolin in Deadpool 3 as CABLE making MCU fans curious. Read this article till the end to know more.

What Making Us DOUBT On Comeback Of Josh Brolin In Next and Maybe Last Second  Installment Of Deadpool?

Fans are not unclear with thoughts but it is the unsure tone of Josh Brolin that, Will MCU welcome him as Cable in Deadpool 3 like Deadpool 2 or not? stand us in the unsure mode of his returning. During a recent interview in the spotlight with ACE, he said, “Deadpool was supposed to be four movies. Maybe there’ll be more, I don’t know what Marvel has in store. But it turned out to be a one really fun movie for me and I’m good with that.” According to Josh, Fox who owned Deadpool somewhere in past claimed more than 4 installments of Deadpool but now under Marvel Deadpool, there may be 4 installments. Thus he may mandatory not going to be preferred, but he loves to be CABLE! What Other Cast Members Talks About the must-needed Comeback Of Josh Brolin Especially Ryan Reynolds?

On behalf of best-giving nature, if it is Age of Ultron(2015), Infinity War(2018), or Endgame(2019), no matter how many costumes Josh Brolin changes, his soul and body remain the same. Not only this, but Co-creators of Deadpool also admitted that Josh is full of excitement to be Cable in the third installment of Deadpool.

Ryan Reynolds claims that the actors who portrayed the anti-hero role (villain) in the last Deadpool franchise, are supposed to be back in the third one also, no doubt. From all this, there are bright chances of Cable’s superb entry as well. Point Of View Of Josh Renner For His MC Universe: GOOD Or BAD?

Difficulty between Josh and his character Nathan Summers/Cable is his criticizing and straight-up behavior for unusual things. Recently Josh has claimed that he does not like the way how Marvel processes with a changed script every day. In Marvel, there is nothing fixed but yes temporary for sure. All these make his entry card into MCU blurry, which not going to be in favor but maybe that does not matter for Josh Brolin.

What do you think Josh Brolin has entered in hearts before potential returning in Deadpool 3?

Taking under consideration other cast members mainly Ryan Reynolds for whom fans are waiting eagerly want complete X-Force by and largely Josh Brolin’s time traveler character, cybernetic super soldier, CABLE. Not only fans but Josh also love deadly Deadpool as per his what he stated in between an interview of ACE universe, He said,” You know, Deadpool worked out very much in my favor,”. From this, we can conclude that Josh is not worried about his future if will join MCU or not but is happy with past moments of the 2nd installment of Deadpool.

DESPICABLE ME 4 Release Date Announced and Confirmed for 2024