The ongoing progress of the Percy Jackson Series was hindered by the COVID-19 pandemic last year. But for relief now, Riordan on Sunday updated a post on his blog so that the fans become aware of the newest progression and developments. He gave the fans an update on some early footage.

About the Source Material of Percy Jackson and the Olympians The plot of Percy Jackson and the Olympians

The Percy Jackson Series which is set in the 21st century or 2000s follows the crazy adventures of the Young Demigod. Perseus ‘Percy’ Jackson seems to be a normal boy who unknowingly discovers that he is a Demigod son of Poseidon. He gets to know that he was left and abandoned by his father because of an Oath taken by the Big Three (Zeus, Poseidon, and Hades), the sons of Cronus or Kronos, for not being the father of any more kids after the Second World War.

The oath was made because the Demigod children of the Three Gods inherit very much power and do have the capacity and potential for Massive Bloodshed. Percy’s tour becomes even more sensational when he finds out that a number of ancient monsters and people are on their way to kill him because it’s their mission to kill him because of what he is and his identity. His identity as a Demigod and his latent strength have growing impacts on the Greek World.

Percy also discovers that there are many more Demigods like him in Camp Half-Blood which is a training camp on the Long Island. Then he with his friend, Annabeth Chase, and best friend, Grover Underwood (a satyr who gets to know that Percy is his savior), leads on his journey across the frightening mystic world.

Percy in very less time finds himself accomplishing many extraordinary quests, prophecies and combatting for the Gods against the growing threat of the Titans. He also realizes that he is at crossroads at times; either he should help in destructing the world or preserving it. What did Rick write in his Updates?

Rick Riordan to the amazement of his fans has posted his update on the blog about the upcoming Disney+ Percy Jackson Series which is in planning. He wrote:

“So where are we? Well, if I haven’t been giving you updates as frequently as you’d like, that’s just because there is really nothing new I can announce yet. We continue to work behind the scenes, however, on many fronts at once, and everything is still moving forward. The big piece we are concentrating on now is finding the perfect director to join our team.”

Riordan has after this listed the Four main requirements which they are searching for in a director for the Percy Jackson Series.

Despite these important requirements, finding a director “seems to be the last major hurdle before they can get rolling on the project in earnest” to Riordan. The pilot script is completed and the outline of Season 1 is also. The agenda now is to deal with each of the books in the series per season, starting with ‘The Lightning Thief’. After they find the director for them, they will be beginning the next step of the procedure: Casting. 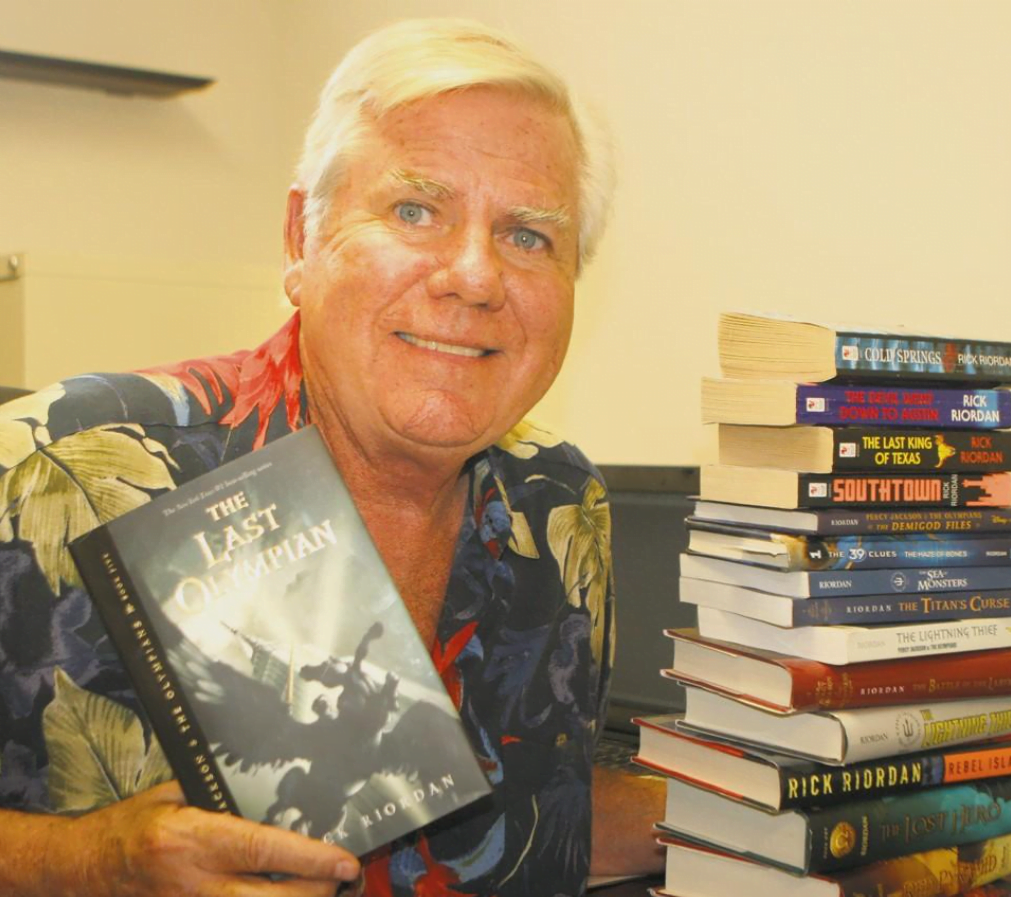 “I cannot stress enough what a huge ‘win’ that is, and it really did take the better part of 15 months to get there. When this series moves forward (fingers and toes crossed, of course) I am confident it will be the show we’ve been waiting for. As soon as I know more, I will update you. Until then, stay safe and well, and keep reading!”