Skip to content
Home TV Shows Spinning Out Season 2; Is It Making A Come Back After 2 Years? 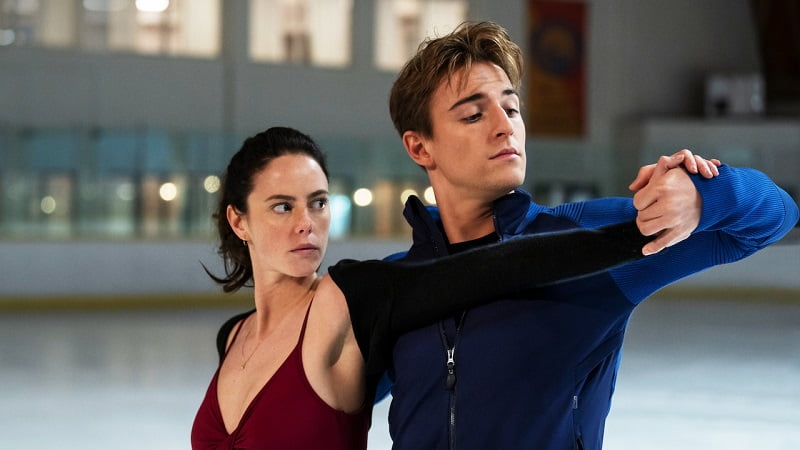 Spinning out was released on 1 January 2020, and it’s been a year that the fans are eagerly waiting for Spinning Out Season 2 to come. spinning out is an American English drama that was produced for Netflix, it didn’t work amazingly but still, the fan wants the second season to come as they discovered the characters and were immersed into it feeling so very connected to the main lead kaya Scodelario as kat baker who was a skater playing for Olympics with so many hurdles and imbalances in her life, both her mother and herself were having bipolar disorder but still how she manages her profession and competitions as well. it was such a pleasing and relatable drama that the audience’s hunger of watching it enough for nine episodes did not fulfill.

Overview Of Season 1: why Did the audience love it so much?

The story plot was very engaging for the viewers and also as there was a love angle between the two main casts Justin and ket, they liked it being cute and romantic. The talented bad-boy kind of impression made Kate fall in love with him and instead of knowing that Kate was suffering from a bipolar disease he helped and supported her in the journey as she wanted to perform in the Olympics but due to some financial crisis, injuries to her body, she wanted someone who could help her get out of it and relieve her life fulfill her dream. What cast are we expecting for this season?

Similar to last season we are expecting the same cast to come over again and entertain the audience as the audience is so very fascinated by the cast. We will surely be seeing them once more, Kaya Scodelario as Kat Baker, Evan Roderick as Justin Davis, Willow Shields as Serena Baker, David James Elliott as James Davis, Sarah Wright Olsen as Mandy Davis, Svetlana Efremova as Dasha Fedorova, Mitchell Edwards as Marcus Holmes, January Jones as Carol Baker, Will Kemp as Mitch Saunders. Are The Producers Going To Make the Season 2?

Spinning out obtained mixed reviews from the fans, but most of them like the series as it was more on a constructive side rather than being negative. The role of the young skaters was very inspiring to the audience and everyone wants to see the second season for the same but are the producers going to make the other season for the audience as it gained mixed reviews? as per our sources, we don’t have any hopes for the next season to come, the producers want a more engaging fan following. If spinning out season 1 got better reviews and ratings, it could have been a chance to surprise the audience with Spinning Out Season 2. so, a simple answer from our side is NO, sadly the audience will not be able to see the second season coming in the future. Season 1 was released on 1 January 2022 and still, there are no comments from the makers in any way, the audience is keen to see the season even though it’s going to be 2 years in the next few months. This gives us an indication of not hoping it to smash hit again. Why Spinning Out Season 2 Was Cancelled?

Netflix typically stays mum whenever it cancels a series, never really offering a reason for the move; however, as is the case with shows on cable television, low ratings are a safe bet. In the Deadline article discussing the decision not to renew Spinning Out, the outlet explains, “Netflix, which goes straight-to-series on all of its shows, examines viewing (and awards recognition) vs. cost for each show when making a renewal decision.” As such, there’s a real possibility that the 10 episodes of Spinning Out didn’t bring in enough viewers to justify the cost of another season. Netflix doesn’t really release numbers for how many people watch its shows (unless they do unbelievably well), so there’s no way of knowing how many people actually tuned in for the first month of its release. There may be some evidence to suggest it wasn’t a ton in this instance. A petition started shortly after the show’s demise calling on Netflix to renew it for a second season, and as of this writing, it has just over 73,000 signatures. Considering The Queen’s Gambit was reportedly watched in 62 million households, via The Wrap, Spinning Out seems puny by comparison.