Skip to content
Home Movies Malignant 2 Release Date; Is The Film Up For A Sequel On HBOMax? 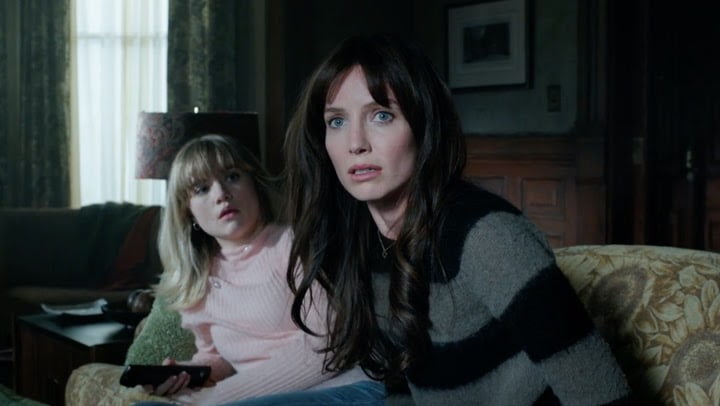 Having a good day? Wanna say no to the comfy mood and say hello to some badass scary moments? Well, we got your back with something called Malignant, which you can get hands-on in theatres and on HBO Max.

Created by James Wan, who’s also the director of the famous The Conjuring Universe, this movie, called ‘Malignant’, is a unique brand new paranormal horror film starring Annabelle Wallis as Madison, a woman who, after a face-to-face encounter with her ill-behaved husband, starts to have disturbing foresight about people being killed. And surprisingly those visions actually get real which leads to the actual horror. NEWS OF POSSIBILITIES FOR MALIGNANT 2 RELEASE

So. we don’t intend to give treacherous spoilers and ruin your interests and excitements but we can of course say that there’s much more hidden inside of Malignant. Now for Malignant 2, as we know our James Wan who took part in creating masterpieces like Saw and Insidious Pentalogy along with Leigh Whannell, aside from creating The Conjuring franchise, he doesn’t miss a chance of grabbing a sequel.

So, has he decided on Malignant 2? let’s see what we can show.

if you’re a Marvel fan of course you’ll be looking for some after-credit scenes, which is disappointing that this movie doesn’t have one. aside from that, we can see the ending scene of the movie showcased a lamp buzzing with electricity. and the evil creature in malignant can actually control electricity. So if you look it from that way you can say the story ain’t over yet.

Although there is no public announcement about Malignant 2, we still can’t really shake off the probability of having a sequel.

Wan expressed that he really wasn’t against the idea of making a franchise of Malignant in an interview with GamesRadar.com, but also added that he is not intending for it right now and such decisions are made by the studio itself. So it’s not really up to him.

“It’s kind of a tricky question,” he said. According to him if they want to look at it that way, Ultimately Anything can become a franchise. ‘When Leigh Whannell and I made Saw, we were like, ‘Jigsaw gets up and he shuts the door. The end.’ But after that when the movie got so much popularity among the viewers, the producer, and the studio was just like ‘Guys, we have to make another one. Let’s do it.’ He finished. ” so. yes, Malignant could become a franchise. But I set out to just make this movie.”

Taking after the latest part, Gabriel may go out and try to control Madison’s body. If he fails, he will find a way to leave her body and look for a new one. Madison will have the power to control her ability. It may be pointed out that Madison and Gabriel’s birth father is the main source for all this. Kekoa and Sydney are likely to be in a relationship in the next film.

After following James Wan, we can say that it probably depends on how Malignant will flourish in theatres and gain popularity on HBO Max if Warner Bros. decides to make a franchise regarding Malignant. We’ll have to hang tight and observe the outcome.