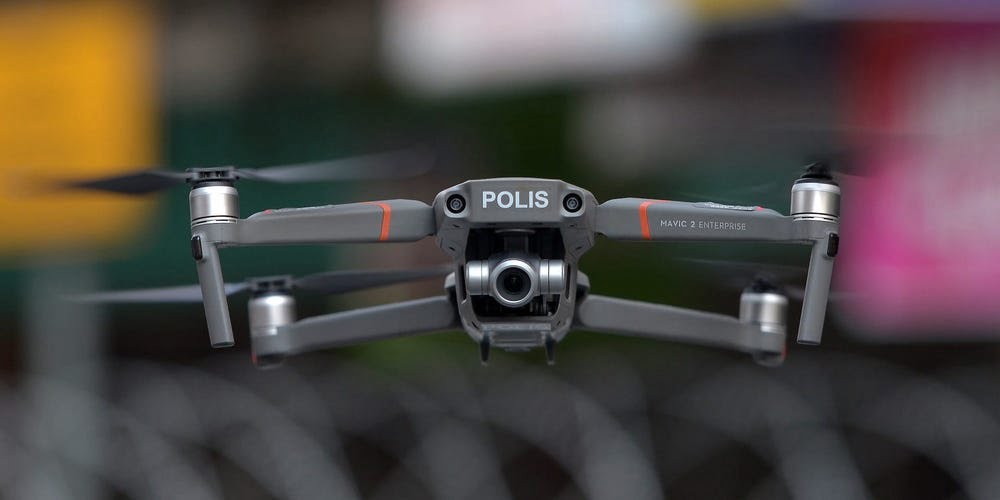 Malaysian police claim to have been monitoring people’s temperatures with drones.

Officials claim that drones can detect body temperature variations from up to 65 feet in the air.

Following a dramatic increase of COVID-19 infections, Malaysia has been under lockdown since last Tuesday.

According to local accounts, Malaysian authorities have been deploying drones to detect people with high temperatures in crowds.

According to Channel News Asia, the drones have been deployed in Malaysia’s Terengganu state over the previous three days, citing a state police statement dated Monday.

The drones can detect body temperatures from as high as 20 metres (65 feet) in the air, according to police head Rohaimi Md Isa, and emit a red light if temperatures exceed 37.5 degrees Celsius (99.5 degrees Fahrenheit).

According to Channel News Asia, the number of patients in intensive care units reached new highs for the 13th day in a row on Sunday.

Drones were used to monitor temperatures in India, Italy, Oman, the United States, and China, according to Slate in May 2020.

However, the method was criticised. Over privacy concerns from local residents, Connecticut police cancelled a plan to deploy drones to detect heat signatures and track distance between people.

Malaysian police have already stated that they will employ drones to enforce earlier travel restrictions and that officials in some places may do surprise home visits to ensure that people are following the laws.

Officers had been employing temperature monitoring drones in recent days, according to Terengganu state police head Rohaimi Md Isa. “Despite the fact that we have 157 surveillance teams, they are always moving from one location to the next. They can’t monitor every site at the same time, including spotting symptomatic people in public places,” he explained.

… we have a small request. Hundreds of millions of people have trusted the Guardian’s high-impact journalism since we first began publishing 200 years ago, turning to us in times of crisis, uncertainty, solidarity, and hope. More than 1.5 million readers in 180 countries have lately pledged financial support, ensuring that we remain accessible to all while remaining fiercely independent.

We can set our own agenda and produce trustworthy news free of commercial and political influence, providing a counterweight to the spread of disinformation because we don’t have any shareholders or a billionaire owner. We may probe and challenge without fear or favour when it has never mattered more.

Unlike many others, Guardian journalism is free to read for anybody, regardless of where they reside or how much money they have. We do this because we believe inequitable access to information. Everyone can keep track of global events, comprehend their influence on individuals and communities, and be encouraged to take meaningful action in this way.

It has never been a better time to join us. Every gift, no matter how small, fuels our journalism and ensures its long-term viability.