Skip to content
Home News Is It Kylie Jenner? Fans Gasp On Seeing Kylie In A Flashback Of Keeping Up With The Kardashians 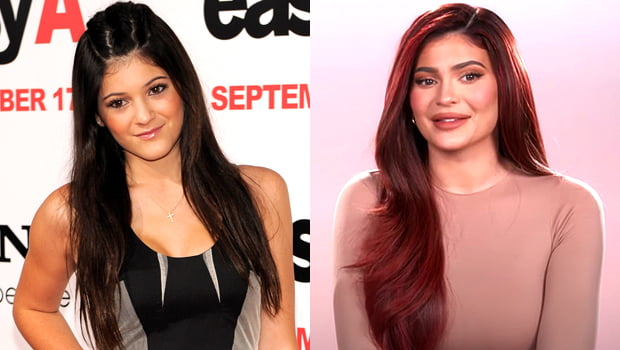 The May 20 episode of ‘KUWTK’ flashed back to the infamous event in which Kim Kardashian lost her earring in the ocean and was assisted to find it by a then-13-year-old Kylie Jenner. They were taken aback by how different she appeared!

Nobody looks like they did when they were thirteen years old. Regardless, a throwback clip of Kylie Jenner, 23, from 2011 caught fans off guard when it appeared on May 20 on Keeping Up with the Kardashians. Kylie, then a teen, was swimming in the Bora Bora sea with Kim Kardashian when her elder sister lost her $75000 diamond earring (which Kylie miraculously found in the water).

When this throwback sequence with Kylie Jenner, depicted on the left, aired on Keeping Up with the Kardashians on May 20, 2021, it stunned many who were used to her current appearance.

Fans are used to seeing Kylie as the cosmetic mogul who has been upfront about getting lip and face fillers, so seeing her before then surprised a few people. One commenter commented on a Daily Mail post including the photo of Kylie above, “Kylie seems like a different person,” while another wrote, “Kylie in the water is unrecognizable.”

Kylie Jenner now: On May 19, 2021, the Kylie Cosmetics founder revealed images from her most recent vacation. [@kyliejenner/Instagram]

Fans have marveled at Kylie’s makeover throughout the years on numerous occasions. In January, when KUWTK published a trailer for its last season that included a throwback film of Kylie from her youth, the same debate erupted. Kylie also made a cameo in the trailer (as an adult) with her distinctive full lips, sparking a debate on Twitter about Kylie’s facial transformation.

While it’s a popular belief that Kylie underwent surgery to get her stunning results, the truth is that she uses fillers (as we mentioned earlier). In 2019, Kylie told Paper Magazine, “People say I went under the knife and completely remodeled my face, which is entirely wrong.” “I’m terrified!” she added. I’d never do it. They have no idea what good hair and makeup, as well as fillers, can do.” Yes, Kylie is admitting that fillers are responsible for her iconic plumped-up lip. She says, “I’m not denying that.” Kylie Jenner is a beauty mogul with 127 million Instagram followers and is on her way to becoming a billionaire at the age of 21. Or, as Forbes magazine put it in a July 2018 issue, a “self-made” billionaire thanks her hugely popular Kylie Cosmetics line.

Many people were outraged by the title, pointing out that Kar-Jenner became a household celebrity when she was just ten years old, courtesy of her family’s own reality TV show, Keeping Up With the Kardashians. In the PAPER interview, Kylie fights back, alleging that “the self-made part is true” and that her parents, Kris and Caitlyn Jenner, “cut her off at the age of 15.”