Emma Watson and Tom Felton are best known for their role in Harry Potter and Both are in real life are pretty close to each other and they have been close and in connection with each other since the Harry Potter Series finished its last part. But are they Dating each other and no one even knows it?

While in an interview Tom Felton was asked that is he and Emma Watson are dating he said that the fact they are more than a friend is true and while coming on the romantic relationship it is more like Hufflepuff and Gryffindor relationship. This comes after when Tom Felton and Emma Watson were together and Tom Felton posted a photo about it where they could be seen together. Also, This comes after a long time But when they were shooting for the initial starting parts of Harry potter Emma Watson told that She kind of has a crush on Tom Felton and they are now just friends who make time for each other from time to time and He also shares they have discussed this and are open to each other.

While he was asked if he is in contact with other members of the Harry Potter Cast He said that they all catch from time to time and Even though everyone is in a Different corner of the world they still meet and catch up from time to time.

He told that it still feels like the movie just got over tomorrow. While also talking about the fact that he also liked her way back then from harry potter times and it was just a normal crush or it is more than that it is one thing fan wished for them to be together and seen together more as form a lovely couple together.

While Emma Watson and Tom Felton are in their Directions and have refuted continuously any rumors that they are just friends and nothing more than that. Right Now as of 2021 Tom Felton has been single for now. While back in 2019 he seemed very close to Emma Watson and it almost seemed one of the fantasies coming to true for fans straight from harry potter. 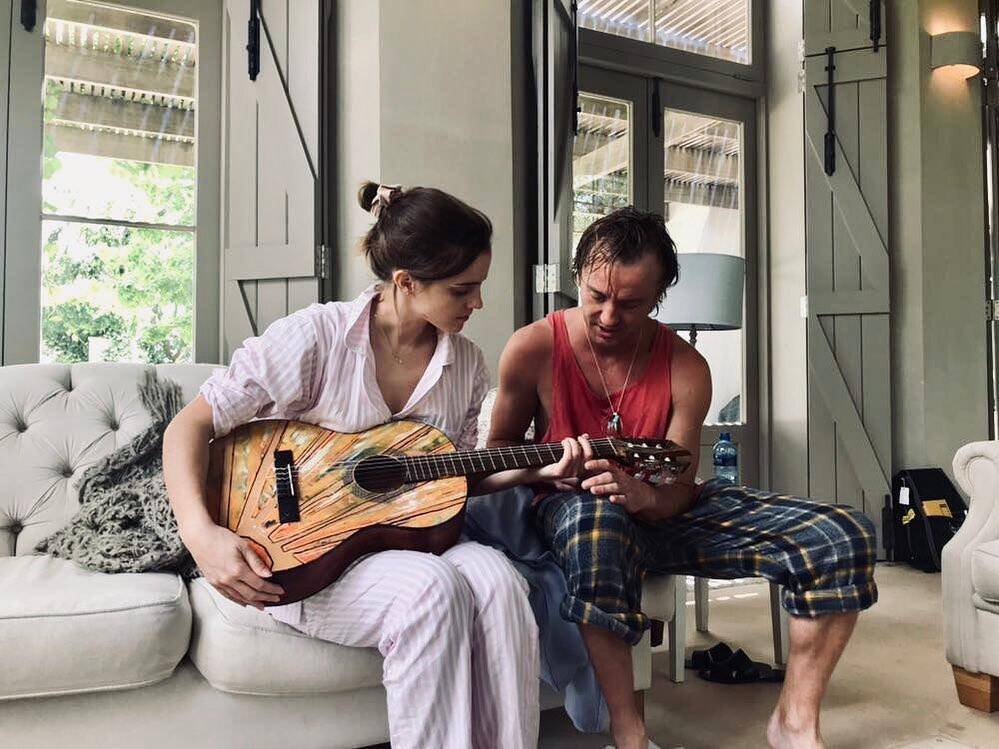 But that wasn’t the case.

Right now as of 2021, Emma Watson is currently dating Leo Robinton for over a year now. There have some theories about how Tom Felton is actually in love with Emma Watson. Since he said their status is something. Fans believe he loves Emma but is not confessing due to their friendship or due to fact, Emma sees him just as a friend. But one thing is for sure that the future is not certain and while many couples break we can deny a tiny possibility even if it is there that we can see them together one day in the future.

That’s all for this as soon as we will get more details we will surely keep you updated about it. Till then Happy Reading.