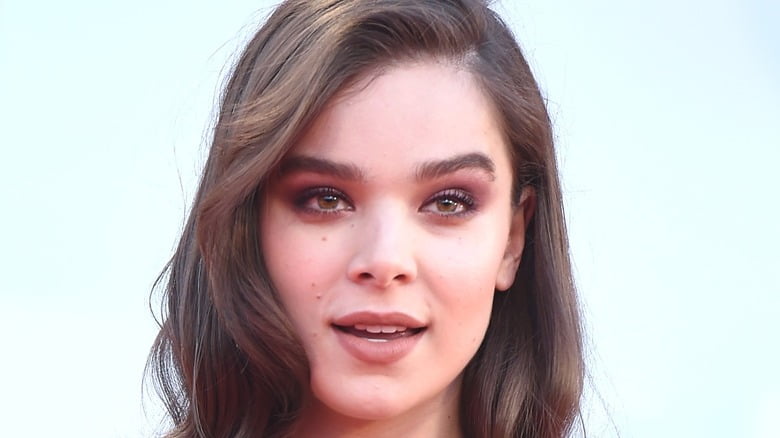 Hailee Steinfield is one of the famous actresses who recently starred in the Hawkeye series which streaming on Diney+. At 24 years the actress has already made a name for herself in the industry and the field of entertainment. She appeared in movies like “True Grit” as Mattie Ross and she was nominated for Best Actress in supporting role at 2011 Academy awards. She has released many single songs and music videos and extended plays.

In the last few years, Steinfeld has made several appearances in many superhero franchises as well. These include her role as appearing in Transformers franchise and as well appearing in Spider-Man into the Spider-Verse while she gave voice to aka Gwen Stacy Spider-Woman (also know Ghost-Spider).

Her recent role in Hawkeye as Kate Bishop made huge news where was seen as someone who could be the future of Hawkeye and can be taking his mantle. While the Actress was recently busy in promotions for Hawkeye she was asked in an interview how she feels about playing both Kate Bishop and Gwen Stacy in the same Marvel franchise. To that, she answered that the characters that she played both are strong and independent and have a sense of justice even though they match so much on the same level but yet have different things, and their strong power to achieve anything they set their mind to is awesome and that is something she could relate to herself in real life too.

She told in an interview that she is honored to play such amazing roles and is excited to know that her characters are someone who helps and look after the people and she has been very fortunate to play such great roles in her life. She currently plays Emily Dickinson in the Apple TV+ comedy-drama series Dickinson and that is the latest thing she is doing right now in her career.

After the Huge Success of Hawkeye is has become a fan favorite also and is being appraised for roles that she has played. Her fans base has grown much huge and now she is one step closer to being started in some big movies. Some fans believe in the next few years she will be in one of the main franchises and she could be the next Hawkeye.

Her fans have been constantly supporting her and making her more lovable by the audience. Hailee Steinfield is also working on the album as told by insider sources and that she taking her time to write out a few songs whenever she gets some time and will soon let her fans know about the details. while is this is just an assumption but can be said for right now exactly. We can see her more in award shows as truly deserves some awards for her performance in Hawkeye and her costars too.

We hope she does get nominated for Hawkeye. We will tell you more details about her when we hear something.