After the grand announcement of Extraction 2 in progress, a picture of the lead character gets leaked and gives us details beyond what the teaser depicted. What is the image all about? Read further to know everything about the upcoming thriller and to reveal the image leaked filled with the details retrieved from the image. 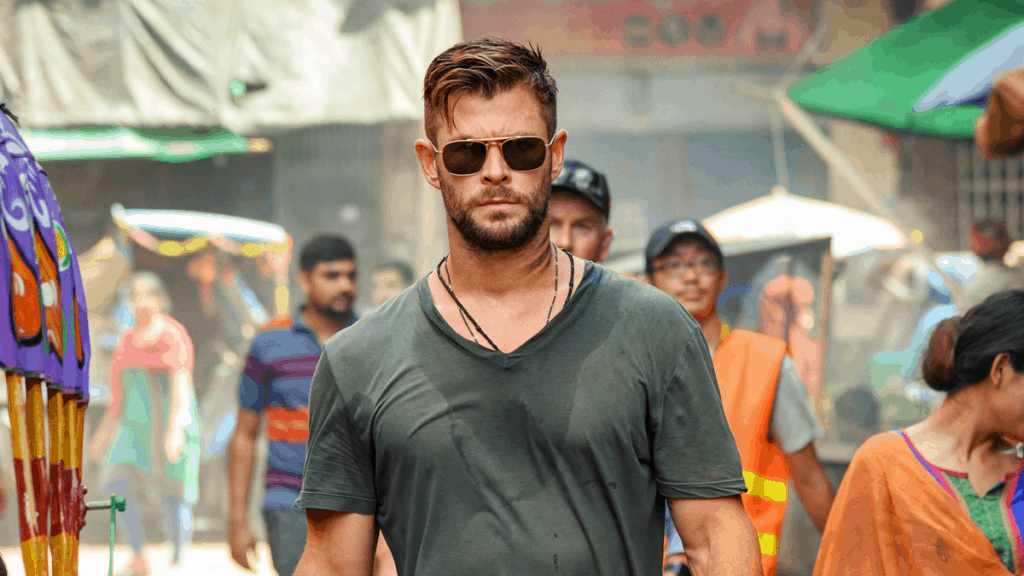 All About The Upcoming Sequel

Extraction 2 as we all know is an upcoming sequel of Extraction that was Netflix’s biggest movie ever in July 2020. The action-packed movie was initially released in April 2020 and Chris Hemsworth was seen in the lead role of Tyler Rake. The direction was given by Sam Hargrave while it was written by none other than Joe Russo who followed the grounds of the novel Ciudad (author – Ande Parks) that the movie is based on.

The plot of the movie uncovers the storyline of an undercover soldier who continues his mission to rescue a drug lord’s child who was kidnapped and kept in Bangladesh. This undercover cop is played by Chris Hemsworth, The sequel of the movie is sad to unfold on the same grounds with Chris being in the lead yet again.

The news of the sequel was first given by one of the Russo brothers Joseph Russo who is also the writer of the movie at the live stream event held globally named TUDUM. The writer revealed the work in progress which was followed by another news early this year that stated that the makers are somehow working on Saju’s character that is played by Randeep Hooda. Recently, in September the upcoming movie’s first teaser got released that confirmed marvel fame Chris Hemsworth’s presence. The previous movie left the fans in a cliffhanger that the character might be dead. But with the teaser hitting the internet, the characters’ very much presence is confirmed. The movie has even got its release date. Joseph on 25 October this year made the huge revelation that the movie’s release date is booked for 13 April 2023.

On December 9, a picture got leaked and was released on the official handle of NetflicGeeked wherein Chris Hemsworth could be seen in a location covered with snow all around. Also, Tyler or Chris is seen wounded with blood on his forehead while he is amidst a forest location that by its look doesn’t resemble any Indian background which has led to the possibility that the story would be seen covering something besides the Indian storyline.

Tyler Rake is back! 💥
here’s a sneak peek at Chris Hemsworth in EXTRACTION 2, officially in production now pic.twitter.com/JTPjbGsPiF

As far as the location of the movie is concerned, it was earlier planned to shoot in Sydney Australia but due to the global pandemic, the location now has been shifted to Prague. The pre and post-production work that began this month on the 4th has also been shooted in Prague.

Apart from this, nothing more about the movie has been revealed. The only confirmation that we have for now is bout the release date and that our lead character is returning in the sequel. With the news that hit the internet in January, there is a high possibility that Saju or Randeep Hooda will also be seen reprising his role in the upcoming action movie.