A few months back, we lost the most popular hip-hop artist DMX. The star was just 50 years old but unfortunately, he left all of us on 9th April 2021. He has a lovely family and they are deeply mourning for him. The whole music industry definitely misses the legendary music artist. He is the rap icon of the music world. He has a total of 15 children! How are all of them doing since they lost their father? Moreover, we heard someone else is also claiming to be DMX’s daughter? In this article, we will discuss every DMX Update.

DMX Update on Health and Death

Reports say the 50-year-old rapper, DMX initially had a heart attack on the 2nd of April. According to our research, he had a cocaine overdose, which caused a heart attack. He was rushed to the hospital immediately. The rapper was in the hospital for almost one week in a coma state. But after the seventh day, his family decided to remove him from the life support machine as his condition was far from getting better. Clearly, the rapper was highly addicted to drugs which affected him many times in both his personal and professional life. 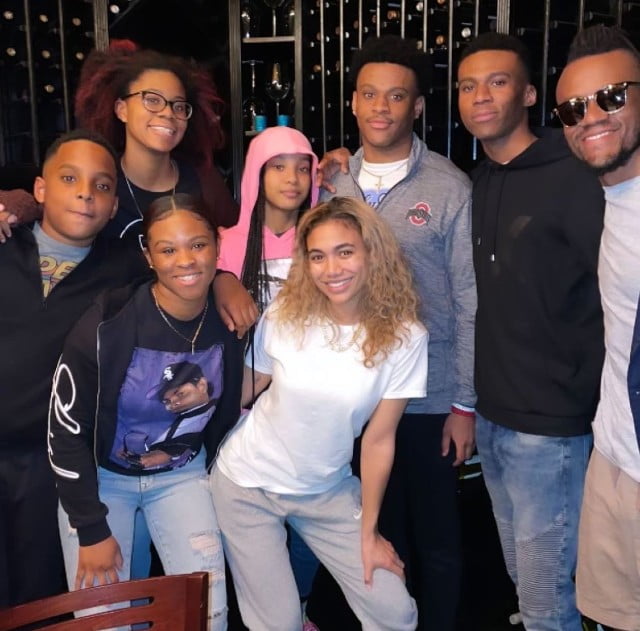 Over the years, DMX has earned a lot of revenue. But he also had faced immense losses. Reports say the rapper was in huge debt. He has 15 children with nine different women, and he definitely had to pay for all of them. Some estimates out there, also say that when DMX died his total net worth stood at more than $1 million in the red. But not to forget he had also left behind heavy recording and publishing royalties, altogether standing up to an amount of $17.7 million. Thus he has left a good amount, which can cover all his debts and also give a good share amount to each of his kids. But the rapper hasn’t made any estate plan. This surely calls for some future court battles. The rap sensation was in a relationship for over seven years with Desiree Lindstrom. Both also share a son named Exodus Simmons, who happens to be DMX’s 15th child. But the two never had any plans to get married which now means that Exodus will inherit nothing from his late father. Desiree had initially made a petition in the New York Supreme Court, to be called a “common-law” spouse of DMX. But the court had eventually denied her petition. Thus Desiree cannot have any say in DMX’s estate.

Just a month after we lost DMX, five of his adult children passed a court petition in the Westchester County Surrogate’s Court, to get the legal administrator control over their late father’s vast estate. The petition was made by DMX’s daughters Sasha Simmons and Jada Oden and his 3 adult sons from Tashera Simmons, namely, Xavier, Tacoma, and Sean. The filing was made back on 10th May 2021.

Ultimately as DMX was unmarried and had not made a will before dying, according to New York law his estate will be divided equally among his 15 children. However, how much will each get is still a matter of question. DMX also needs to pay all his debts to the IRS and other creditors and only then, can his estate get divided.

Luenell, who originally posted an Instagram story that made the public believe DMX had passed away, has now deleted the post and corrected herself.

To every media outlet out there — please be cautious. This is somebody’s life we’re talking about, not simple gossip. pic.twitter.com/zxfal05Unp

Also Read: Jaden Smith and Will Smith DEAD in a CAR CRASH Rumor is Spreading Across the Internet

Another Child Claiming To Be DMX’s Daughter!

There is already a lot of fuss going on with DMX property and estate. His 15 children are all set in line in front of the court for justice. All are claiming to receive a share of their late father’s estate. But amid all these, we have someone else too who claims to be DMX’s daughter!

Raven Barmer-Simmons, just like the rapper’s other 15 kids, has also filed a case in the court of law, to receive her estimated share from her father’s estate. She has also been trying to get in touch with the rapper’s other 15 kids, to let them know that she is also a part of their family. Not only that, but she is very confident about her claim to be one of DMX’s children. She is soon going to get her paternity test done, which will confirm she is their sister. The court has clearly said that in her case, first and foremost, she needs to submit a legitimate DNA test, to prove her claim to be right. If she proves her claim to be absolute and correct, then she too will get a part from DMX’s estate.