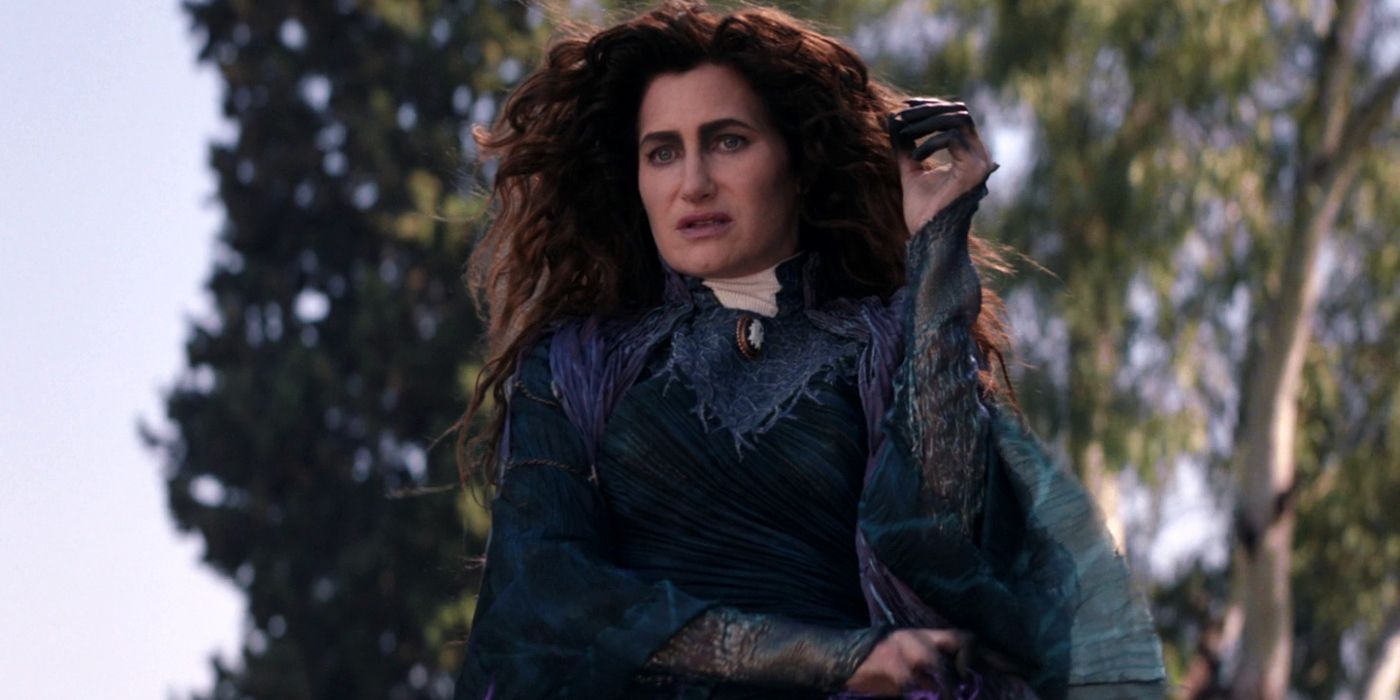 Marvel’s much loved sitcom WandaVision that came to Disney Plus in January 2021 is getting a spinoff! It received a lot of love from fans of the MCU. To fans’ delight, the much-loved character of Agatha Harkness who is an all-powerful witch is going to be at the centre of this brand new spinoff show. The character made her debut on WandaVision earlier this year as Wanda Maximoff’s nosy neighbor Agnes, who later turned out to be a witch, Agatha Harkness. She is also Wanda and Vision’s main adversary.

As per reports, a spinoff series is currently in the works at Marvel Studios. However, no official announcement has been made. Due to this, none of the details regarding this spinoff are known either.

Everything We Know About The Spin-Off

Kathryn Hahn, who played the role of Agatha Harkness in WandaVision, will obviously return as the main character.

The spinoff is apparently going to be a dark comedy.

Jac Schaeffer, who wrote WandaVision, is going to write this new series as well, reportedly. She will also be producing it.

As usual, Marvel Studios are keeping the project under wraps until everything is finalized. They are known for their secrecy and surprises regarding their new and upcoming projects.

All this is just speculation as of now, but going by the trends we’ve seen, there are high chances they will connect Agatha Harkness to the larger MCU somehow. After all, she did play a major role in creating MCU’S multiverse since she was the first to discover Wanda’s use of chaos magic. At the end of WandaVision, Agatha had been beaten by Wanda. In this spinoff, we expect her to crawl back up the ladder because Agatha is a lot of things but one thing that she is not is a loser! She won’t give up so easily and will definitely try her best to come back to power. When Will The Agatha Harkness Spin-off Series Premiere?

Nothing about a release date is known right now, but we can expect an announcement soon. If we can go by reports, we should be able to watch it by late 2022!

Where Will The Agatha Harkness Series Release?

It will release on Disney Plus exclusively. All those who have subscriptions will be able to enjoy the show.

Kathryn Hahn has definitely earned herself this lead role and show! Her acting in WandaVision had the perfect blend of drama and comedy while at the same time being intense when required. She totally brought both the characters- Agnes as well as Agatha- to life! Fans loved her and her work and she gained a lot of praise. We imagine she will carry the show perfectly! Also Read: What If Season 2 Release Date; Are There Bigger Threats Coming?

Fans are also wondering whether WandaVision 2 will be coming anytime soon. We don’t know anything about a season 2 right now but fans can definitely expect a sequel. Now with the spinoff series reportedly in the works, WandaVision 2 might get delayed or might not come out until the spinoff has launched.