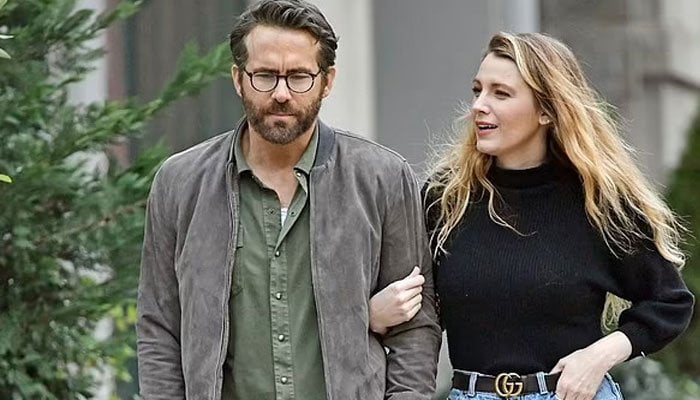 Hollywood couple Blake Lively and Ryan Reynolds are currently spending time with each other in the streets of New York. They can be seen talking and laughing around each other. Blake, 34, tucked a stylish black turtleneck into a pair of high-waisted jeans that she cinched in with a Gucci belt around her slim waistline. Ryan, 45, on the other hand, was wearing a pair of Nike Blazer Mid Off-White All Hallow’s Eve sneakers designed by the late Virgil Abloh.

The couple is spending time together after Ryan Reynolds finished his shooting for his new movie Spirited which will release in 2022. When Ryan Reynolds announced that he will be taking some time off from shooting this made his wife Blake Lively happy confirms insider sources.

Are Ryan Reynolds are finally getting a divorce? We will tell you all the details about this is happening or not. Let’s take a look back at their relationship timeline

The couple who love to joke around each other and are always making fun of each other as seen in their Instagram stories and from time to time they also show affection for each other.

You can see the couple’s funniest moments to date and how they love to fool around each other.

The couple has done many interviews and in which they are always complimenting their better half and also telling things they love about each other and how they’re best friends with each other.

Now Comes the final Question are they rumored to be getting a divorce.

As far we have heard the couple has a very healthy relationship and doesn’t shy away from showing each other off. The fact that everything is going between those two and there is nothing to be worried about.

While Blake is Mostly at their house and taking care of their children Ryan Reynolds is finishing up his current projects so he can spend more time with his family and his children. Right now as of December 2021 the Couple is spending some alone time in New York.

Fans on the other hand have been fighting on Twitter like a coin has two sides the couple also have two sides and they can head for the divorce because theories have been made for them too how almost every power couple in Hollywood has been separated so it would be no wonder if it is their turn now.

We will share more details in case we hear anything.