According to Klaus Zellmer, Volkswagen board member for sales, the German automaker’s whole fleet should be CO2-neutral by 2050 at the latest.

Volkswagen will stop selling gasoline-powered cars in Europe by 2035 as it transitions to electric vehicles, but not until later in the United States and China, according to a board member reported on Saturday. According to the publication, Volkswagen’s sales director, Klaus Zelmer, the corporation “will discontinue its internal combustion engine vehicle business in Europe between 2033 and 2035.” However, he said that ceasing to sell combustion engines in the United States and China would take time. It will arrive “a little late.” In South America and Africa, he observed, “It’ll take a long time.”

There isn’t a market on the planet where the transition to electric mobility (vehicles and transportation in general) hasn’t begun. While the majority of automakers are planning or launching electric models, numerous governments and municipalities are taking efforts to prohibit the sale and use of gas and diesel vehicles in urban areas by 2040 or 2050.

It’s no surprise that the world’s second-largest automobile manufacturer is playing catch-up. Volkswagen outlined its approach to investors on March 15th in an event dubbed “Power Day.” VW aims to launch new “unified” prismatic battery cells as early as 2023 in order to save up to 50% on prices, with the objective of lowering costs to under $100 per kilowatt-hour (kWh) by the end of the decade. EVs will be less expensive than gasoline-powered cars because of this sweet spot in the internal combustion engine versus battery competition. It’s no surprise that optimal battery designs are the subject of a lot of research. 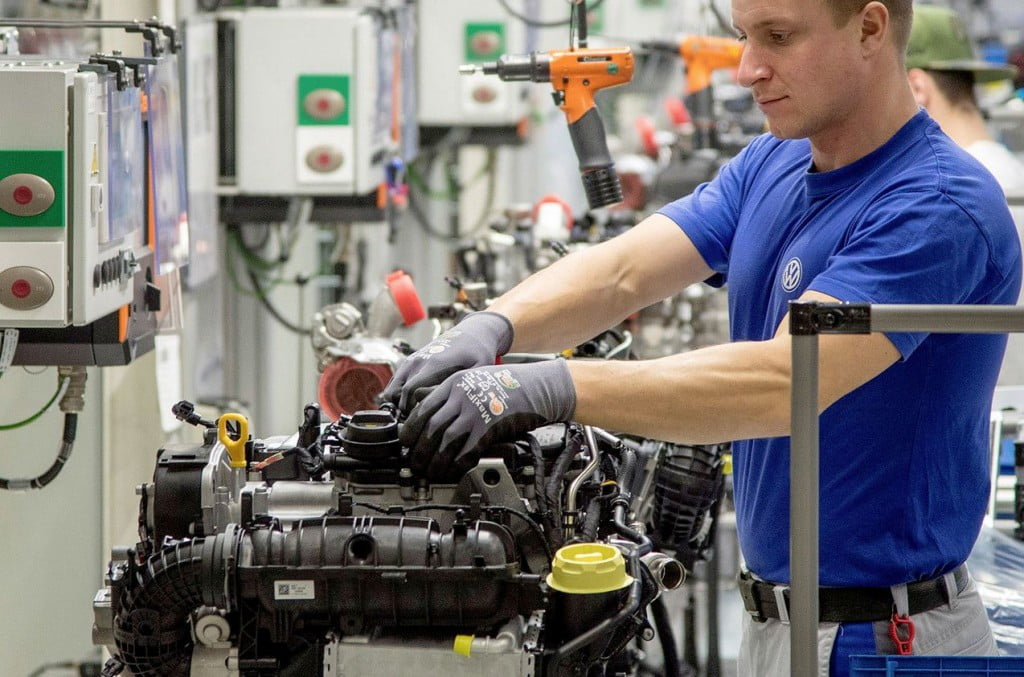 By 2030, over 70% of VW’s European auto sales should be electric vehicles, according to the executive. He hoped that this would place the brand in a good position if the European Union’s climate change targets were tightened further. VW’s ambitions place it behind Ford and GM, which both want to phase out combustion engines in important regional lineups by 2030. However, the targets make it evident that in some regions of the world, combustion engines have less than a decade left on the market. It could just be an issue of whether the charging infrastructure can keep up with the demand.

It’s the start of the combustion engine’s demise, but it won’t happen overnight. VW revealed earlier this month that, while it wants to treble its electric vehicle sales target in Europe by 2030, it will also continue to sell a core lineup of gas-powered vehicles, including the Golf, Passat, T-Roc, and Tiguan. These models will get a next-generation version, according to VW, but they’ll be made to be as efficient as possible, which means they’ll be equipped with the latest plug-in hybrid technology that allows for all-electric driving.

Volkswagen’s carbon-neutral goals are comparable to those of other competitors; Ford announced earlier this year that it will sell entirely electric vehicles in Europe by 2030 and wants to invest $1 billion to turn its Cologne factory into an EV production line. Honda announced in April that it would phase out gasoline-powered vehicles by 2040. By 2035, Volkswagen wants to stop selling cars using internal combustion engines in Europe. Volkswagen intends to stop selling combustion engine vehicles in Europe by 2035, according to the company’s website.

Verizon To Soon Launch Amazon Alexa Powered Smart Display - Should You Be Getting It?