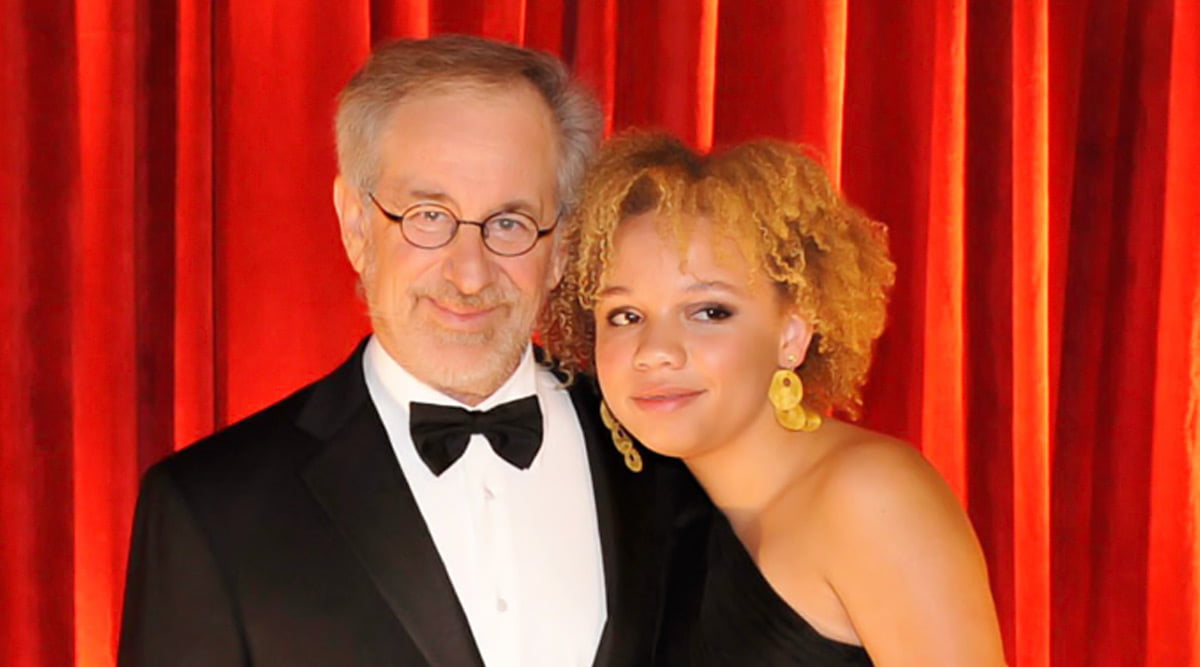 Mikaela Spielberg, the daughter of the Academy Award-winning filmmaker Steven Spielberg, is seeking a career in the adult film business. The 23-year-old girl, who’d been fostered as a newborn by Spielberg and his wife Kate Capshaw, has begun making her individual pornographic films. According to aceshowbiz.com, she even showed her interest in working at a strip club after she has her stripper license. Mikaela has selected Sugar Star for her stage moniker.

Mikaela told her parents the information over Facetime. They are “intrigued,” but “not upset,” she says. Her boyfriend, Chuck Pankow, 47, agreed with her choice. She now resides in Nashville with her fiancé, darts player Chuck Pankow.  She has begun to grow her fan following, which comprises primarily of “older white guys.” She would only do single videos and would not be having intercourse with any other person on record out of reverence for Pankow. “I think I’d be amazing at fetish work,” she stated, noting that her best feature was her naturally large breasts. “Honestly, I’ve despised my chest for so many years, but I’ve now learned to appreciate it,” she continued. When I posted the first couple of films, I realized, ‘This is the money maker,’ because of my huge chest.

Mikaela Spielberg was raised in a wealthy family — Forbes estimates Spielberg’s net worth at $3.7 billion — but she also stated that she was sexually molested as a youngster. Mikaela stated unequivocally that her attacker was neither a family member or any friends from her parent’s circle. She said that the abuse caused her to battle with anorexia, bipolar disorders, and alcohol addiction as she grew up and then in her adult years.

At first, Mikaela attended the affluent Crossroads school in Santa Monica. Mikaela described herself as a wayward youngster who was taken to a boarding institution for problematic youths as a child wherein, she was being tormented because of her weight. She also discussed her struggles with anxiety, sadness, binge eating, and alcoholism.  She has also been a victim of sexual and physical abuse in her childhood. She said that “predators” groomed and assaulted her. She stated that those guys were strangers to her and had nothing to do with her. Mikaela recently uploaded a picture of herself as a baby on Instagram with the caption, “I was such a determined child, here’s a shot of me marching away from Bill Clinton at a family event.” I’ve always been like this powerful and courageous… Nobody gets the better of me.”

Mikaela recently shared a topless picture on her Instagram account which is presently private with the caption, “I just established my self-produced adult entertainment profession… I owe no one my autonomy of morality simply because of a name.”

But obviously, the Spielberg title has a massive heritage. Forbes estimates her father’s net fortune to be $3.7 billion. “Saving Private Ryan” and “Schindler’s List,” both won the best movie Oscars, are amongst Steven’s most beloved films. Also, there are “Jurassic Park,” “The Color Purple,” the Indiana Jones series, and “Close Encounters of the Third Kind.”

Linux Cryptojacking Attackers Seem To Operate from Romania – A Warning From Researchers, Everything To Know