The summer of 2022 will be witnessing the return of many major anime franchises with their new season and episodes. Rent-A-Girlfriend is another fantastic anime adaptation on this list that is all set to return with season two. The makers have revealed a new poster bringing together the main heroines from the series and this has made fans go crazy and hyped up about Rent-A-Girlfriend Season 2. 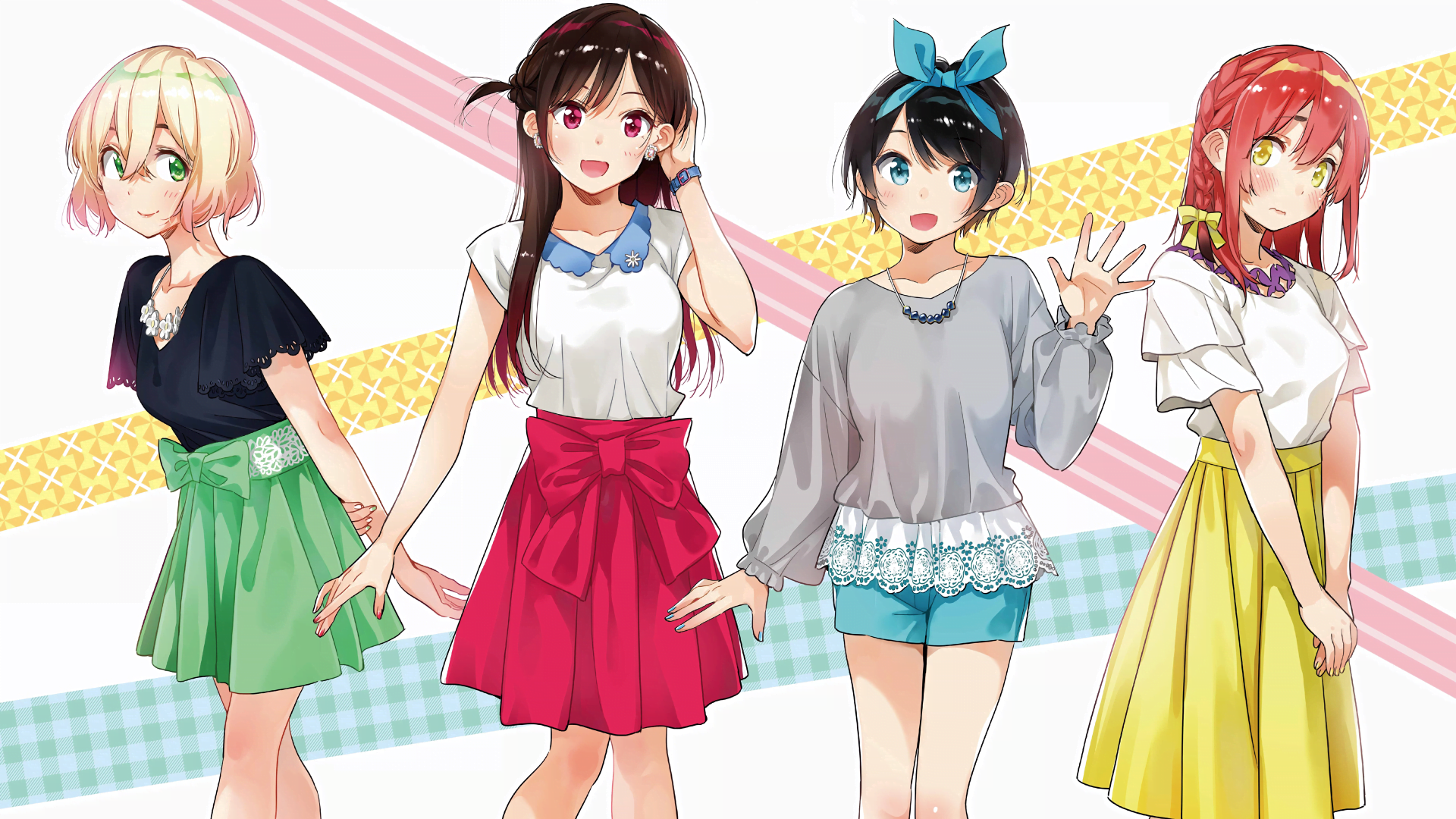 The original manga series, created by Reiji Miyajima, turned into an official anime adaptation in the Summer 2020 anime schedule. The first season was impressive and received a highly positive response from the audience but faced a lot of delays and complications due to the ongoing Covid pandemic situation at that time. After two years, the series is going to make its comeback with season two, that too with a bang.

The trailer was released officially by TMS Entertainment on 15 December 2019, declaring the first season to release in June 2020. The show faced delays because of the Covid pandemic but managed to earn appreciation from both critics and its audience.

The first season had Kinoshita Kazuya as the protagonist. The 20-year-old college student is a failure in relationships. Though he managed to kiss his girlfriend once, she dumped him after a month only. Full of regrets and rage, Kazuya uses a certain method to date a girl which is a mobile “rental” service app.

It is a service provider that delivers a friend, a parent, or even a fake girlfriend. The emotions of betrayal forced Kazuya to give it a try but he gets late in understanding how complicated it can be to rent an emotional connection with his new girlfriend.

Now Kazuya’s life is twisted in all possible ways where his family, school, and love life are all starting to go wrong. The naive boy is left to handle this cute but ruthless girl in this manga rom-com anime adaptation. The show takes turns with Kazuya finding ways to understand the complexity of the situation. Rent-A-Girlfriend is a romantic comedy anime adaptation of the Manga series where its first season consisted of 12 episodes. The show is produced by TMS Entertainment and Animax is associated with the English network. The show also shares broadcast rights with Crunchyroll and Muse Communication. The Anime adaptation is directed by Kazuomi Koga while Mitsutaka Hirota has written the episodes. The adorable music is given by Hyadain. 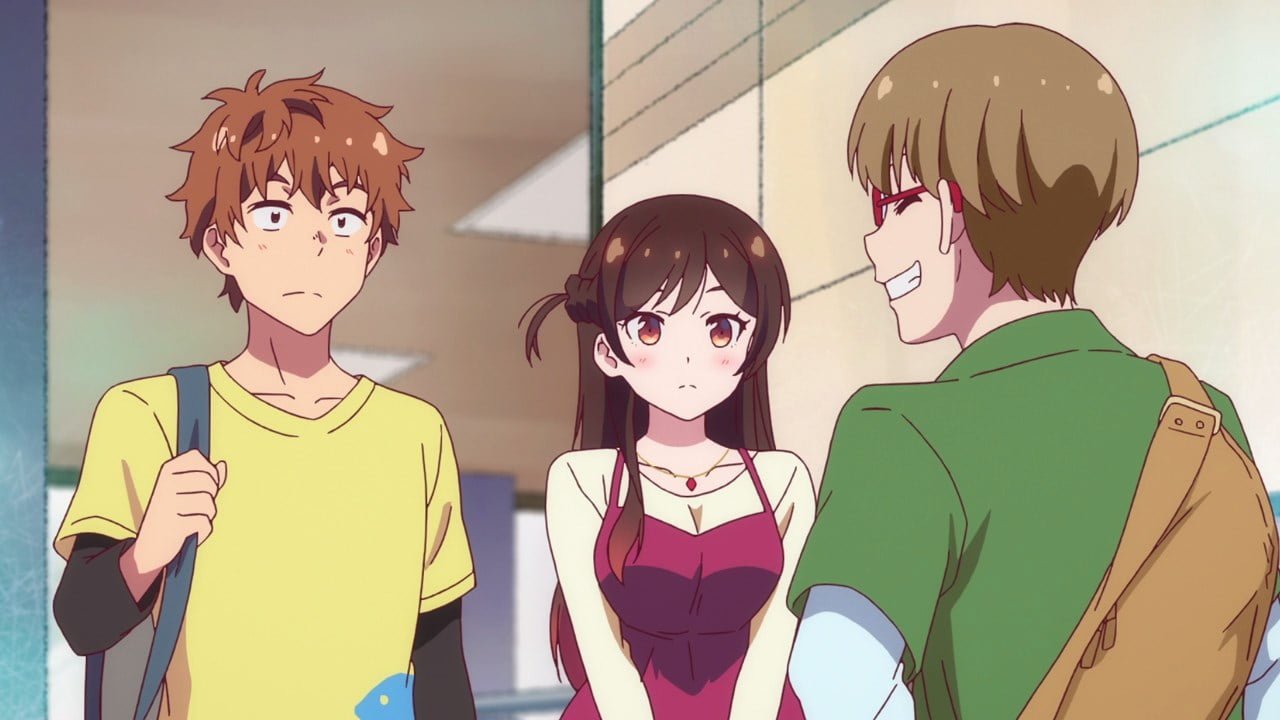 The voice of the characters is given by a whole bunch of talented artists including: 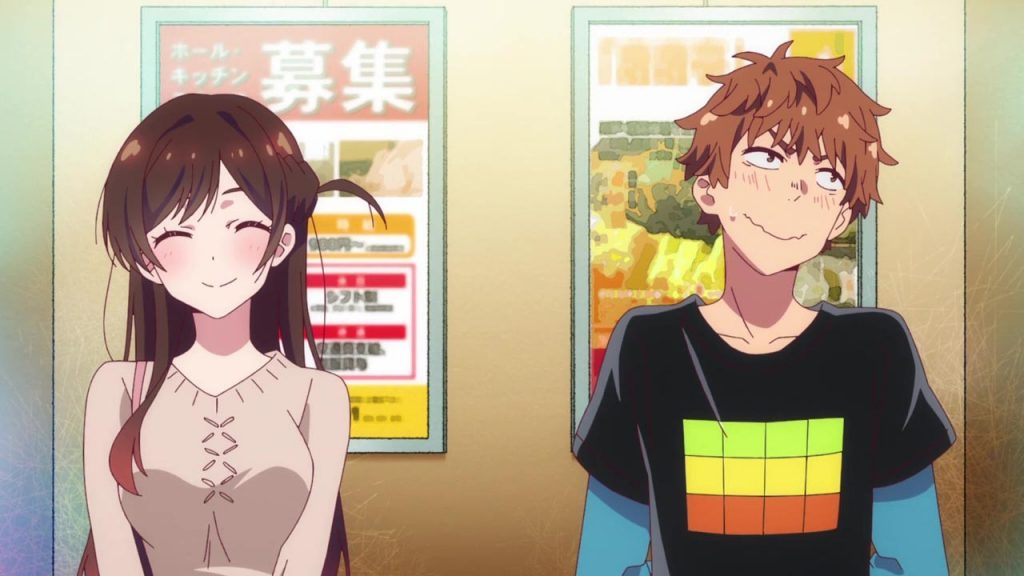 The trailer of Rent-A-Girlfriend Season 2 surpassed the expectations of viewers and created a new hype for the upcoming episodes. The trailer indicates some intense moments through the series and teases the new opening theme “Himitsu Koi-Gokoro,” as performed by CHICO with HoneyWorks. The series has also got a new ending theme titled “Ienai feat. Asmi” as performed by MIMiNARI. 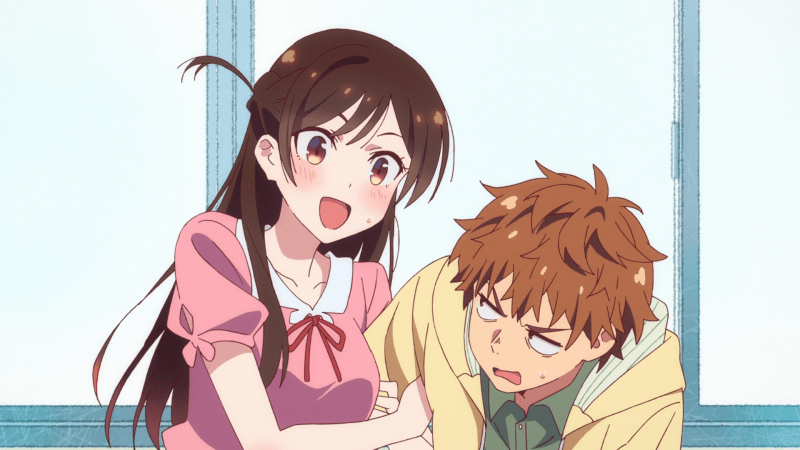 Rent-A-Girlfriend Season 2 will see Kazuya finding himself entangled in many more fake and potentially real relationships that he wrapped around himself because of his own stupid actions during the first season of the series. As the poster has also indicated, the four lead heroines will be making their return, either sharing a very emotional breakdown with Kazuya or breaking him down eventually.

Chizuru displays a wide range of emotions and hence may lead us to her big decision for the future. Fans are hoping that they get the answer of whom Kazuya will settle with by the end of season two or will it still be complicated for him to adjust in relationships. Will he keep falling into trouble with his girlfriends? Or is it now time for the four girlfriends to take over the situation?

Release Date & Where To Watch

Rent-A-Girlfriend Season 2 will premiere its first episode on Saturday, July 2 at 1:25 AM according to Japanese Standard Time (JST). The GMT time will be +8 hours from the original. The second series will be premiered on iQIYI for the Asian viewers as it happened for the first season previously.

The Sandman Release Date, Expected Plot and Storyline on Netflix