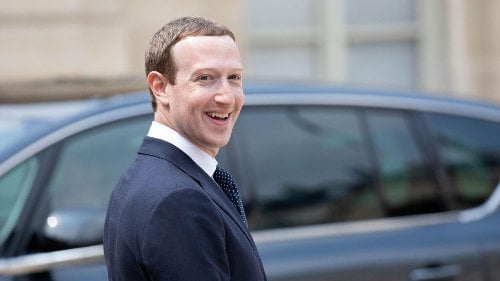 Mark Zuckerberg saw the biggest increase in income, rising by $8 billion during Facebook’s earnings week to a net worth of $117.8 billion. With $26.1 billion in first-quarter sales, up 48 percent from last year, the social media giant smashed analysts’ estimates Wednesday afternoon, propelling the stock to a new high of 7.3 percent on Thursday. Facebook’s weekly increase of 8% outpaced the S&P 500 Index’s flat performance and the Dow Jones Industrial Average’s 0.5 percent drop.

Facebook’s revenue was nearly $3 billion higher than analysts had expected, and its $9.5 billion net income ($3.30 per share) outperformed the $2.33 per share average estimate. With Facebook’s rise, billionaire cofounders Dustin Moskovitz and Eduardo Saverin each saw their net worth rise by more than $1 billion.

The world’s richest individual had a strong week as well. Jeff Bezos’ net worth has surpassed $200 billion for the first time since last October and is now projected to be worth $201.4 billion, up to $6.7 billion from a week earlier. During the week, Amazon’s stock grew 3.8 percent in anticipation of the company’s first-quarter earnings release. On Thursday, the company’s first-quarter sales and profit beat forecasts, though the stock ended the day down marginally. Nonetheless, shares finished the week up 3.8 percent, raising Bezos’ ex-wife MacKenzie Scott’s wealth to an estimated $61.2 billion.

Google parent Alphabet, like its peers, surpassed expectations on Tuesday, reporting $55.3 billion in first-quarter sales, up 34% from the previous year. This figure aided a 2.3 percent increase in Alphabet stock this week, boosting cofounders Larry Page and Sergey Brin’s fortunes by $2.9 billion each. Page is now worth an estimated $102.7 billion, and Brin became a billionaire on Wednesday, before Google’s stock fell to an estimated $99.6 billion on Friday.

Outside of the United States, Jiang Rensheng was the biggest winner of the week. His Chinese vaccine company, Chongqing Zhifei Biological Products, saw its stock rise 16.6% this week, bringing his fortune to an estimated $30.9 billion. In March, China approved Zhifei’s three-dose Covid-19 vaccine for emergency use; Jiang’s net worth has increased by more than 300 percent since the outbreak began.

Hawaii is becoming more important to Mark Zuckerberg. The Facebook CEO and founder, along with his partner, Priscilla Chan, have added 600 acres of land to their portfolio on Kauai’s North Shore. They bought the land in parts.

Mark Zuckerberg, the CEO of Facebook, spoke about his company’s efforts to help people launch their own digital publishing businesses this week. In a brief overview of those efforts, he encouraged people who want to make money from their creative work to break free from the shackles of their mundane day jobs and open a shop on Facebook.

“An optimistic outlook for the economy’s future is one in which more people are able to do innovative work that they love rather than jobs that they don’t,” says the author “During the company’s earnings call, he said in prepared remarks. “Our mission is to promote the broad spectrum of human speech while also serving as the best forum for millions of creators to make a living.”

He defined a scenario in which those creators might receive affiliate revenue from product reviews, collect tips, or charge for subscriptions. Of course, Facebook needs a broader variety of content to give users another incentive to spend time on the social network, where it can target them with advertisements and earn commissions on purchases.