Skip to content
Home Celebrity Kim Kardashian can’t wait to have Babies with Pete Davidson, When are they getting HITCHED? 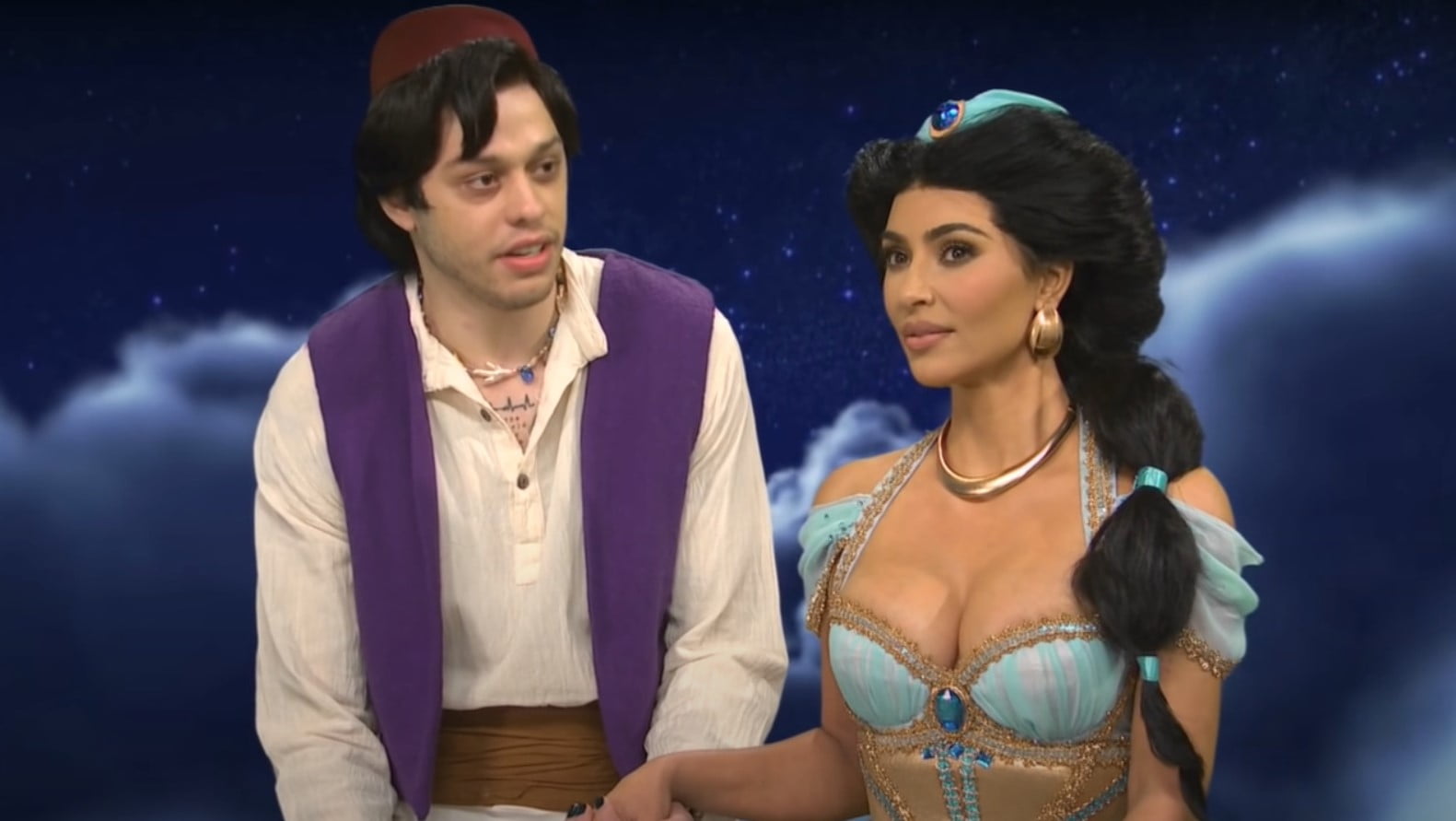 By the end of 2021, no one could have anticipated that Kim Kardashian and Pete Davidson would be dating. Bennifer reunion, a Kourtney Kardashian and Travis Barker engagement, and Adele and Rich Paul getting together were just a few of the surprising celebrity partnerships that made headlines this year, but Kim and Pete might just beat them all. On Halloween weekend, the couple stunned everyone when they were seen holding hands on a roller coaster at an amusement park. Their date took place just weeks after she made her debut as a host on Saturday Night Live in early October, where the two were said to have hit it off. Within a month, the actor from King of Staten Island and the inventor of Skims spent a lot of time together. They ate supper on Staten Island, celebrated his birthday in Palm Springs, and went out on the town. Some may be perplexed by Kim’s relationship with the SNL star, but given his extensive dating history, this should come as no surprise. People have questioned how Davidson can attract top-tier ladies like Ariana Grande, Kate Beckinsale, supermodel Kaia Gerber, and Bridgerton star Phoebe Dynevor in recent years. While many people don’t understand his appeal, there are plenty of followers who lust after him and his charisma, and it just so happens that some of Hollywood’s most talented, successful, and desirable women agree. Many guys have tried to figure out what his secret is, and it could be due to a combination of factors, including his sense of humor, his unusual good looks, and, most importantly, his personality. Beckinsale recently backed up this assumption by liking a tweet that said his partners were won over by his “good nature.” Kim appears to agree, and the two are allegedly having a lot of fun together, despite their 13-year age gap—41 she’s and he’s 28—and the fact that they live on opposite sides of the nation. These two are swiftly establishing themselves as the newest celebrity pair that fans can’t get enough of. Here’s the whole history of Kim Kardashian and Pete Davidson’s surprise romance, from their SNL reunion to their secret Staten Island dinners. 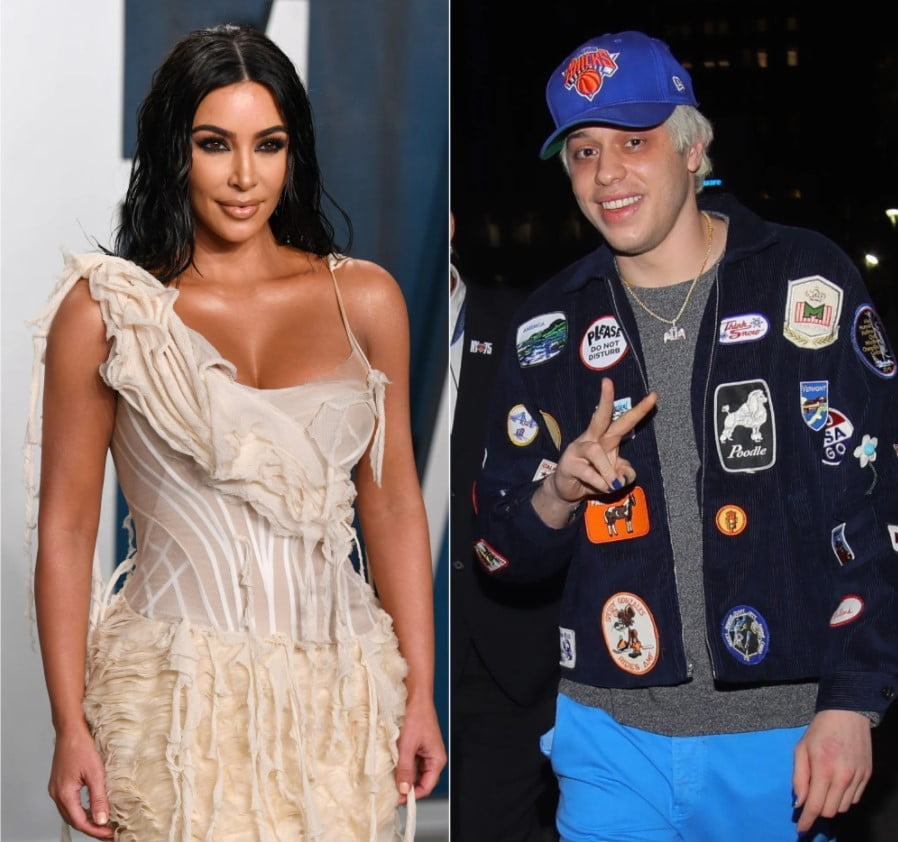 Kim and Pete in Aladdin and Jasmine segment

On the Oct. 9 broadcast of Saturday Night Live, Kim and Pete co-starred in a “Jasmine and Aladdin” segment. Instead of singing “A Whole New World,” Aladdin expresses his anxieties about not being able to handle Princess Jasmine physically in this parody of the fictitious couple’s magic carpet ride from the classic Disney film Aladdin. Pete’s character expressed his sense of inadequacy as a guy, believing he couldn’t compare to the rappers and athletes Princess Jasmine had previously dated. Aladdin then requested the genie to give him a wish to make him bigger, a reference to the persistent online speculations regarding the comedian’s real-life size. They ended with a kiss on the lips, which was the first time the public saw some PDA from them—but certainly not the last.

When are they getting married?

As Pete and Kim’s romance blossoms, sources claim that the 28-year-old comic provides the “new start” that the SKIMS founder sorely needed. An insider told People, “The breakup of her marriage was a really bad moment for her, and Pete has been the best remedy.” Despite the fact that Pete is clearly devoted to Kim and has apparently been gushing about her to his friends, the mother has yet to introduce him to her children. Pete “hasn’t met her kids yet,” according to a source. Kim, on the other hand, is clearly enjoying Pete’s undivided attention. “They’ve been swiftly getting to know each other,” the source said, adding, “Kim is growing to like him.” Because Kim is still legally married to Kanye, it’s understandable that she doesn’t want to rush Pete in getting to know her children. While co-parenting their children, Kim and Kanye spent months trying to establish common ground. During the summer, the two rekindled their friendship and were seen enjoying family trips together. While Kim’s vocal support for Kanye fueled reconciliation rumors, insiders stated that she had no intention of reconciling with her ex. That ship has flown, and despite having plenty of time to mend his marriage, Kanye chose to date supermodels and remove himself from Kim.

Amazon’s Sidewalk To Let You Share Your Internet With Your Neighbors – But Do You Want That?