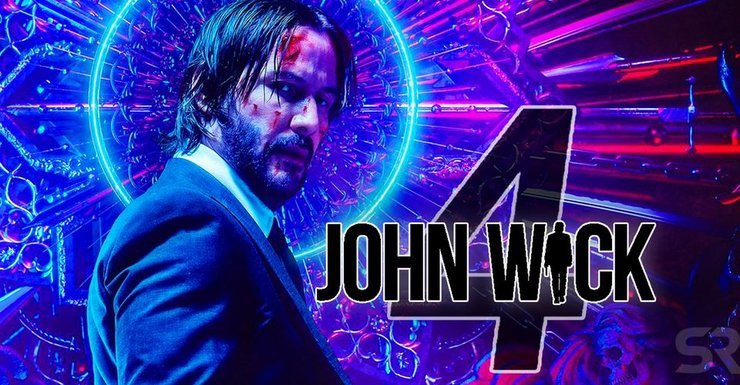 Matrix legend Keanu Reeves, trynna be a cooler Tom Cruise, is looking up to spend his 50s by jumping from one roof to another, smashing himself against glasses and cars and beat the hell out of thugs solely for his fans’ entertainment. And as the making of the final sequel John Wick 4 is ongoing this 56-year-old forever-youth is fitting in perfectly as he paves his way to his 60s by performing eye-gouging actions and rhythmic violence.

It’s clear as daylight that Keanu and Fishburne are gonna give us chemistry that matrix won’t be able to offer us. McShane will be coming back as Winston of The Continental. The recent addition to the crew is Clancy Brown, whos famous for The Shawshank Redemption and Pet Semetary 2, Martial Art master Donnie yen will be appearing as Wick’s old friend and Reeves will have a clash with Hiroyuki Sanada — who knows a little bit about graphic carnage, having starred as Scorpion in this year’s Mortal Kombat.

Do we remember the first trailer of John Wick Chapter 1? What did it seem like? A simple revenge based movie? well by proving all the underestimations wrong this franchise has shown its development in every field of popularity with each blockbuster release. Now the rumours about the last but of course not the least part of it, are that it’s progressing towards its finishing line, in the speed of light as the shooting is already ongoing. Here’s some confidential info about the world’s most vicious dog lover. The news of the yet-to-be-named John Wick chapter 4 was declared just after the conclusion of John Wick: Chapter 3 – Parabellum in 2019, receiving a release date of May 21, 2021. the fans were quick to discover that it was the exact same date planned for The Matrix 4, which led to declaring May 21 as ” Keanu Reeves Day “. A Holiday that isn’t enlisted in the chart of the world.

But as Aldous Harding said, nobody gets what they want anymore, The legendary Baba Yaga who can survive all kinds of hell, fell in the grasp of COVID 19. But fortunate for us, the production has picked up its pace with a probable release date on May 27, 2022.

[ALERT! SPOILERS AHEAD THAT CAN HURT YOUR EYES 🙂 ]

John became “excommunicado” by the order of the High Table, a formidable organization that controls the world from shadows, and he flew from new york afterwards as we last saw in chapter 3: Parabellum, Pushing John to take a tour around the world looking for the top 1% of the 1% of the high table. After being followed by countless killers and murderers sent by The Adjudicator (Asia Kate Dillon) and Zero AKA sushi chef and afterwards being betrayed by the man, he didn’t want to kill, Winston, he was picked up by The Bowery King (Lawrence Fishburne) who took a pledge along with John to stand against the High Table.

Wow, looks like the era of avenging his dead dog ends at last.

well. for the storyline to be predicted for John Wick 4 is quite understandable after the end of chapter 3. It has a high probability that John will return to his previous assassin life as his enemies think that he’s kinda dead and by combining with the forces of Bowery King, they’ll bring an end to this High Table monopoly.

although it sounds like something boring and simple, looking at the progression of the sequel, many unexpected twists can shake your basket of popcorn.

So? is this the end for The Boogieman? well, there’s a rumour running around about a long-planned Ballerina which is supposed to be a spin-off starring a ballet student appeared first in Parabellum in a scene that gives off a smell about John’s childhood spent in a Russian ballet school practising the deadly lifestyle of an assassin.