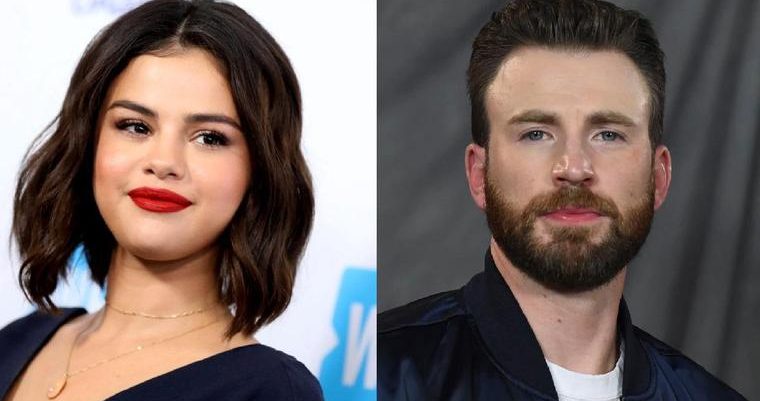 The singing sensation Selena Gomez and Captain America actor Chris Evans are all over the internet with the rumor of the two dating. The rumor has been creating a buzz for almost two months now. But are they actually together? Are they going to be the next supposed power couple? What led to a rumor like this holding such firm ground? Are they actually announcing their wedding? Is there any confirmation of this rumor? Well to get to the reality, let’s track the series of incidents and statements. The rumor started back in October this year when Captain America fame Chris Evans started following Selena on Instagram. Soon after this, the singer started following him too. This gave rise to sudden rumors of the two stars dating. CHELENA fans got crazy and started hoping that these might be the next “IT” couple. Amidst these rumors, photographs of the two getting out of the same studio and restaurant on the same day at different times went viral. However, Elle researched and cleared that the photographs belong to different timelines and they were not together.

After this, the singer was seen promoting her best friend Taylor Swift on tik tok. She was spotted wearing a white oversized sweater. The fans took no time to compare the outfit to Chris Evans’s white sweater that the actor wore in Knives Out. Although the sweater did resemble each other but they were not identical which proved that the rumor of the sharing clothes bore no grounds as such. however, in one of his TikTok videos, the actor was seen playing the piano and a reflection appeared in the video which according to the fans resembled Selena with the Burnette bob haircut that the singer pulled off recently. But the truth behind this speculation is not known for now and this remains a rumored theory. Coming to the latest rumor of the singing sensation announcing the marriage of the two on AMA 2021.As appealing as the rumor sounds but no confirmation as such has been given by both ends. Neither the actors have denied these rumors. So until the stars confirm anything from their ends all such speculation will continue to remain as rumors. What is confirmed for now is that Selena Gomez did have a crush on the marvel fame back in 2015 and she found him cute and adorable. The confirmation on the same was given by the singer herself in n interview back then. Chris who has have had a fair share of relationships was last linked with Lily James when they were spotted getting cozy in July 2020. Selena on the other hand now stays lowkey on her personal life but was rumored to be dating Aaron Dominguez who was her co star in the series, Only Murders In The Building. She however was even seen stating in Los Angeles Times interview that she is happy and grateful that she is not involved with anyone right now and that her young age might be the reason that boys would want to date her.