Hunters are a series which originally released on Amazon Prime video in the year 2020. when the series was released it divided fans like crazy as it showed a different view on Nazis. To this, their executive producer replied in an interview that “they are not making any attempt to humanize Nazis in any way”. “While everyone has some reason for their action some Nazis also have an explanation for their behavior…but in the end, they are not trying to humans them in any way, but we do recognize a spectrum.” While the Al Pacino-staring show glamorizes violence is led to comparisons with other directors and the shows that they have made so far. Lots of things have been said by the show but it ultimately got renewed by Amazon for it to release a season 2. The creator of the show David thanked Amazon studios and the Amazon family for their extraordinary support for Hunters. “Alongside our magnificent cast, incredible crew, and brilliant writers and producers, I am more eager than ever to share the next chapter of the Hunters saga with the world.” Weil has mapped out already five seasons for it so there could be a lot happening in Hunters Season 2. 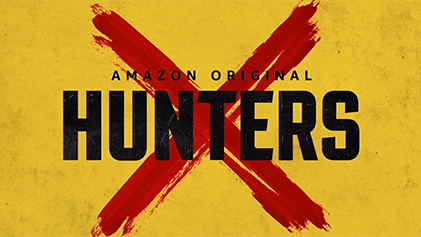 season one of hunters had arrived in February 2020 on Amazon Prime Videos and it was renewed for the second since in August in that same year. But the season could be starting to shoot and get in production but it got delayed for that reason so right now there are no particular dates for it but sources tell that Al-Pacino has hinted that Hunters Season 2 could be released around in mid to late 2022.

Has the production for season 2 has started?

Creator David Weil confirmed that the shooting for Hunters Season 2 will take place in Europe and they have already for the parts that are required to be shot in the US and after that, they soon will move to Europe next and also apologized that he didn’t let know about the shooting as because of the pandemic. He Hoped that during next year around this time he will talk more about this till then there is a lot to be done.

These season 1 cast members are also likely to reappear in Huntes Season 2:

Given what happened at the end of season 1, Hunters Season 2 will explore more on the clashes between the parties who are involved which can be Johna’s Hunters and Millie’s task force. you will also see some details about the Nazis and many other things related to them. So far there is no trailer for this and in case any trailer drops for it any teaser we will tell you all the details for it.