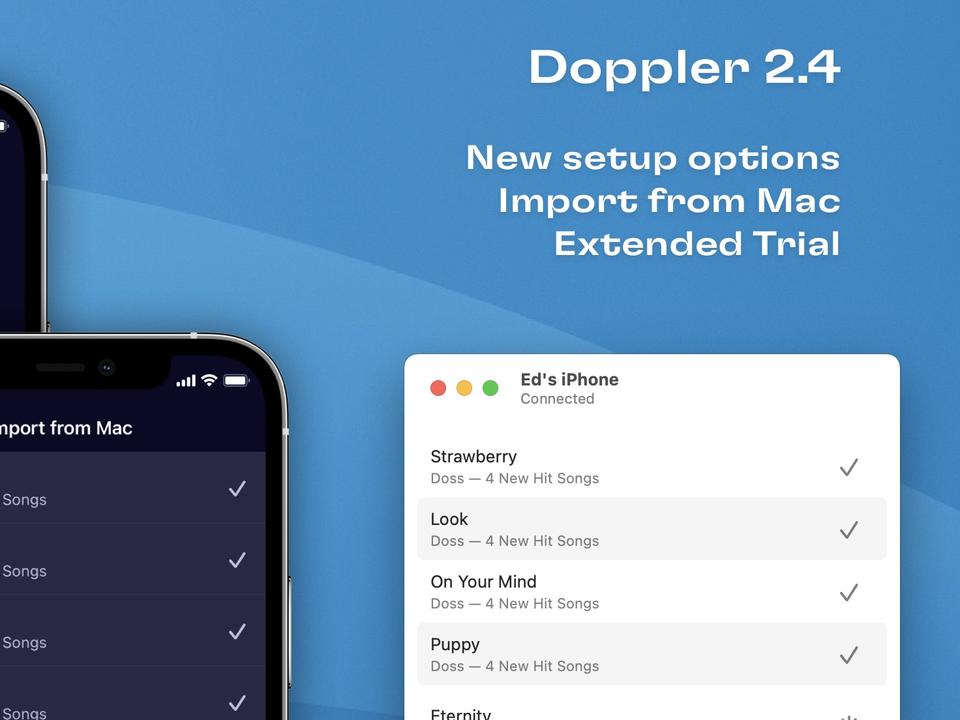 Doppler is a well-designed FLAC and MP3 player that supports a wide range of file types. Import music and playlists for offline listening, as well as edit song and album artwork and information without having to sync.

Doppler’s interface adapts to your music and provides rapid access to your currently playing queue. To browse your music, tap directly into a recently added album or utilize search.

Doppler has a simple migration system that allows users to transfer their library and settings from the previous version. This migration is non-destructive, so you can stay using the previous version if you choose. Furthermore, it does not add to the amount of storage space on your phone.

The setup gives new users various alternatives for bringing music in: you may use iTunes file management, the Files app, AirDrop, or take advantage of the new WiFi transfer.

Music and playlists are always stored locally on your device, so you can access your whole library whenever you want – even when you’re not connected to the internet. Doppler even automatically imports new files, ensuring that your Library is always up to date.

For those unfamiliar with Doppler, the program caters to consumers who prefer to purchase and own their music. FLAC, as well as AAC, MP3, WAV, and other high-resolution formats, are supported.

The user interface allows you to search the whole library by song, artist, or album, gives you rapid access to the customizable playing queue, and lets you build and modify new playlists as well as broadcast music to AirPlay and Bluetooth devices.

Doppler also gives you complete control over your library from your iPhone, including the ability to update track and album information, download artwork, and create playlists.

Brushed Type, the developer of Doppler, is the first to mention the longer trials that are now available with version 2.4. A 7-day free trial has been available since March, but there is now greater flexibility with the opportunity to prolong it.

Another update is the Doppler setup, which has been overhauled. There are three additional alternatives for importing music instead of using the iOS Music app: import from a Mac, import from WiFi, or import through other apps using the Files app.

The user interface allows you to search the whole library by song, artist, or album, gives you rapid access to the customizable playing queue, and lets you build and modify new playlists as well as broadcast music to AirPlay and Bluetooth devices.

The import from Mac option makes use of a menu bar app (compatible with macOS 11 and later) and is a precursor to the full Doppler for Mac software, which will be available later this year. Both support direct transfers from Mac, eliminating the need to use the Music app to get content into the Doppler iPhone app.

Doppler 2.4 is now available on the App Store for iPhone. Following the free trial, the app is available for $6.99 as a one-time purchase.