Fans are expecting a plethora of new DCU projects as James Gunn and Peter Safran are going to introduce in this new DC Universe. James Gunn and Peter Safran are the new heads of DC Studios and they are going to introduce some new movies at the beginning of this year. We can be somewhat sure about that what heroes are going to appear in this new DC slate, but the thing that we don’t know is who the villains of the upcoming DC projects are. James Gunn always takes the not-so-popular characters and creates something great out of them. In this list, we have jotted down the top 20 DC villains who might appear in future DCU movies and who have not had any major role or impact in any previous DC project yet. So here is the list of the top 20 DC villains who are anticipated to appear in future DCU movies Brainiac is one of the big baddies without a doubt and fans want to see Brainiac in the live-action movies of the new DC Universe. The character debuted in 1958, Brainiac is an alien Cyborg who is also known as the Collector of the Worlds. He has a habit to collect cities and planets shrinking in containers. Brainiac has the potential to become the big bad of the upcoming DC Universe. The Parasite is one of the greatest villains in DC. This villain of DC can gain the power, energy, and knowledge of others. The original version of Parasite is Raymond Jensen, however, Rudy Jones is the better version of the character. He was seen in Superman: The Animated Series. It makes a big threat to Superman as if he touches Superman, then he will be equally powerful as Superman. This supervillain made his debut in 1939 and he is one of the DC’s first supervillains. He was one of the typical mad scientists. He has served as the arch-enemy of Superman and then he was killed and Lex Luthor replaced him. He has many abilities, and for those things, James Gunn should think about him and take the Genius Gorilla into the new DC Universe. Mongul has appeared in DC Comics in 1980. Mongul is the ruler of the planet Warworld, a planet that is harsh and violent and it is the home of deadly gladiatorial matches. He has also made attempts to make Superman fight in his Gladiator matches. Mongul’s daughter Mongal appeared in 2021’s Suicide Squad. it was mentioned in the movie that her father is also living. The Suicide Squad was directed by James Gunn so he could bring Mongul into the new DC Universe as a villain of course. Bizzaro is one of the most popular enemies of Superman. He is a corrupted version of Superman and came from the mirror world. He was created in 1958, but he is not very intelligent, and has a unique way of talking using opposite words of what he means like “good” for “bad” and “up” for “down”. His powers are also opposite that is freeze vision instead of heat vision. He could be introduced as a villain in the new DC Universe. Hush is one of the greatest villains of Batman. The character is created by Jim Lee and Jeph Loeb. Thomas Elliot, who was the childhood friend of Bruce Wayne, becomes his biggest enemy out of jealousy and he is also a very skilled surgeon. He should also be introduced in the new DC Universe. There is yet another villain of Superman and his name is Cyborg Superman also known as Hank Henshaw. He is a robotic Superman who has given him a great challenge. He is originally shown as a villain of Superman, however, in recent times he has also been the enemy of the Green Lantern Corps. The character is created by Dan Jurgen. So, James Gunn should think about taking him into the new DC Universe. She is one of the villains who could be another perfect villain of Batman. She is one of the most skilled martial artists in the DC Universe. She was created by Dennis O’Neil and Ric Estrada. Being a villain she still trained some superheroes like Robin. Lady Shiva will be a nice choice in the new DC Universe. Jean-Paul Valley a.k.a Azrael was created by Dennis O’Neil, Joe Quesada, and Peter Milligan. He is another villain of Batman and this character has the potential to give a hard lime to Batman in the new DC Universe. Leader of the eco-terrorist group known as Deluge, he is one of the great villains of Aquaman and he is very angry with the surface people as he sees them as a threat to Atlantis. He wants to take the mantle as the king of Atlantis. He was created by Dan Abnett and Brad Walker. If there will be any Aquaman project in the new DC Universe then this character will be in high demand. 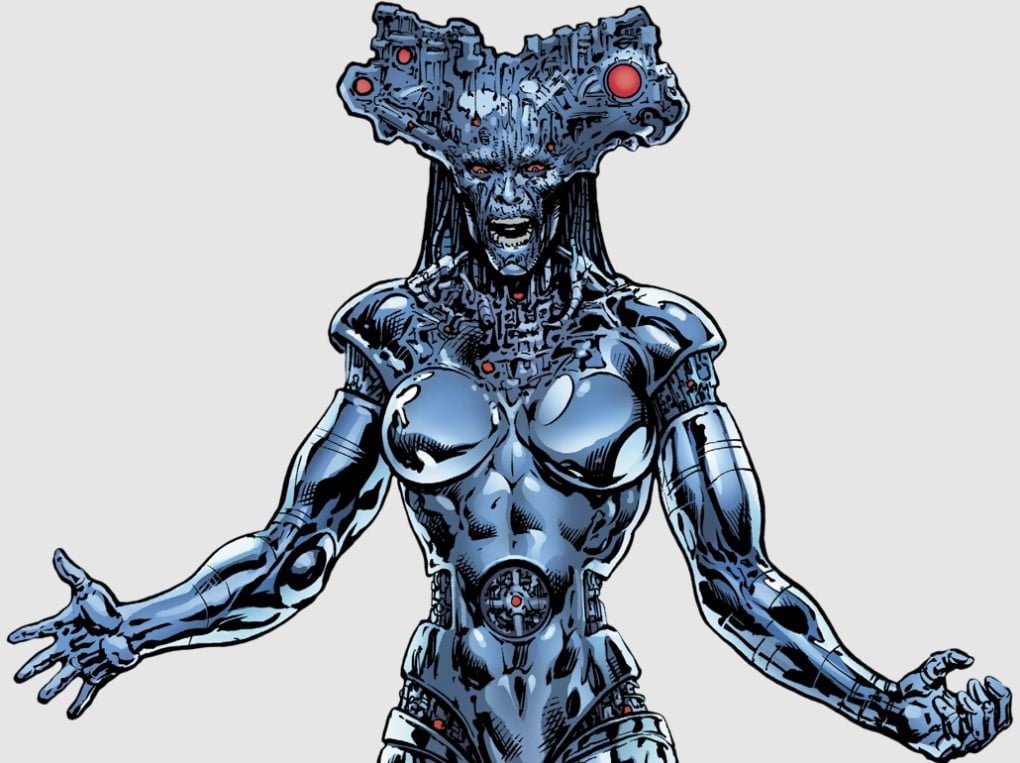 Another Aquaman villain on the radar for the new DC Universe is Scavenger a.k.a Peter Mortimer. He is another villain of Aquaman who could give a great challenge to Aquaman. He was created by Bob Haney and Nick Cardy. The First Born is a new villain of Wonder Woman and he was the first son of Zeus and Hera. On the day he was born, the witch prophecizes that this boy will sit on the throne and the rest of the family will corpse around him. Then Zeus ordered to kill that boy but his mother Hera pleaded for mercy to the witch for not killing him and so she left him in Africa. First Born is created by Brian Azzarello and Cliff Chiang. Cinderblock is the villainous character who could go up against Cyborg in the new DC Universe. He is one of the enemies of Cyborg. He was seen in the cartoon series Teen Titans. So, it will be nice to see him in live-action as well.