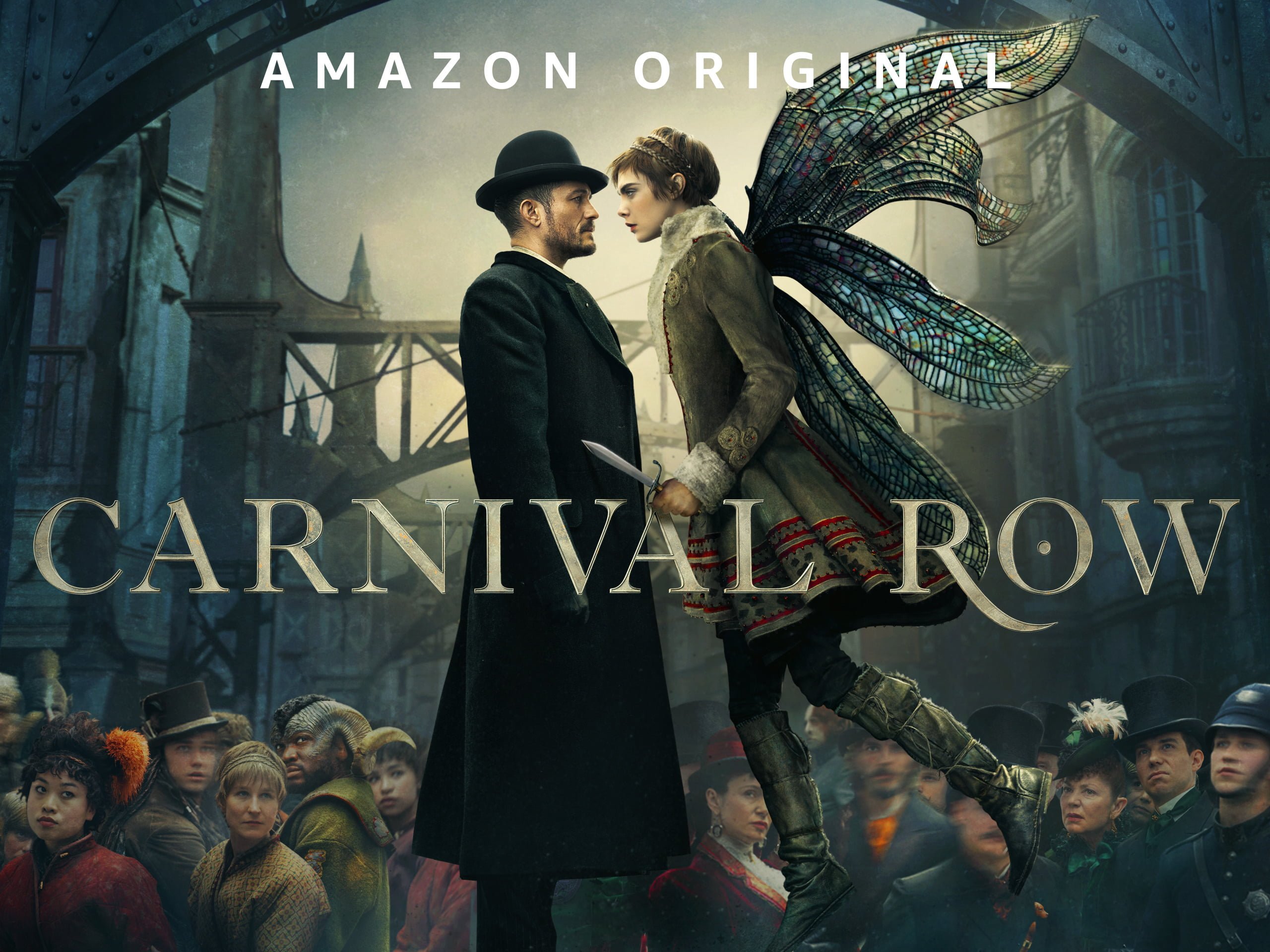 Orlando Bloom and Cara Delevingne starrer Carnival Row is a neo-noir fantasy television series that is going to return for its second season. The first season aired in August of 2019 on Amazon Prime video and displayed a Victorian-style civilization destroyed by war and ethnic hate. In this article, we shall discuss Carnival Row Season 2.

Fans have been waiting for Carnival Row Season 2 to know the upcoming further story of The Burgue where ordinary people live along with legendary creatures and are struggling to maintain peace in their world. The production for season two was completed in September 2021 but the streaming service is yet to release any official announcement about the show’s return.

Check out the cast and expected plot of Carnival Row Season 2 along with some latest details. The show has received a 7.8/10 IMDb along with 57% rotten tomatoes. Hence, the upcoming season needs to be a game-changer for the show’s future. 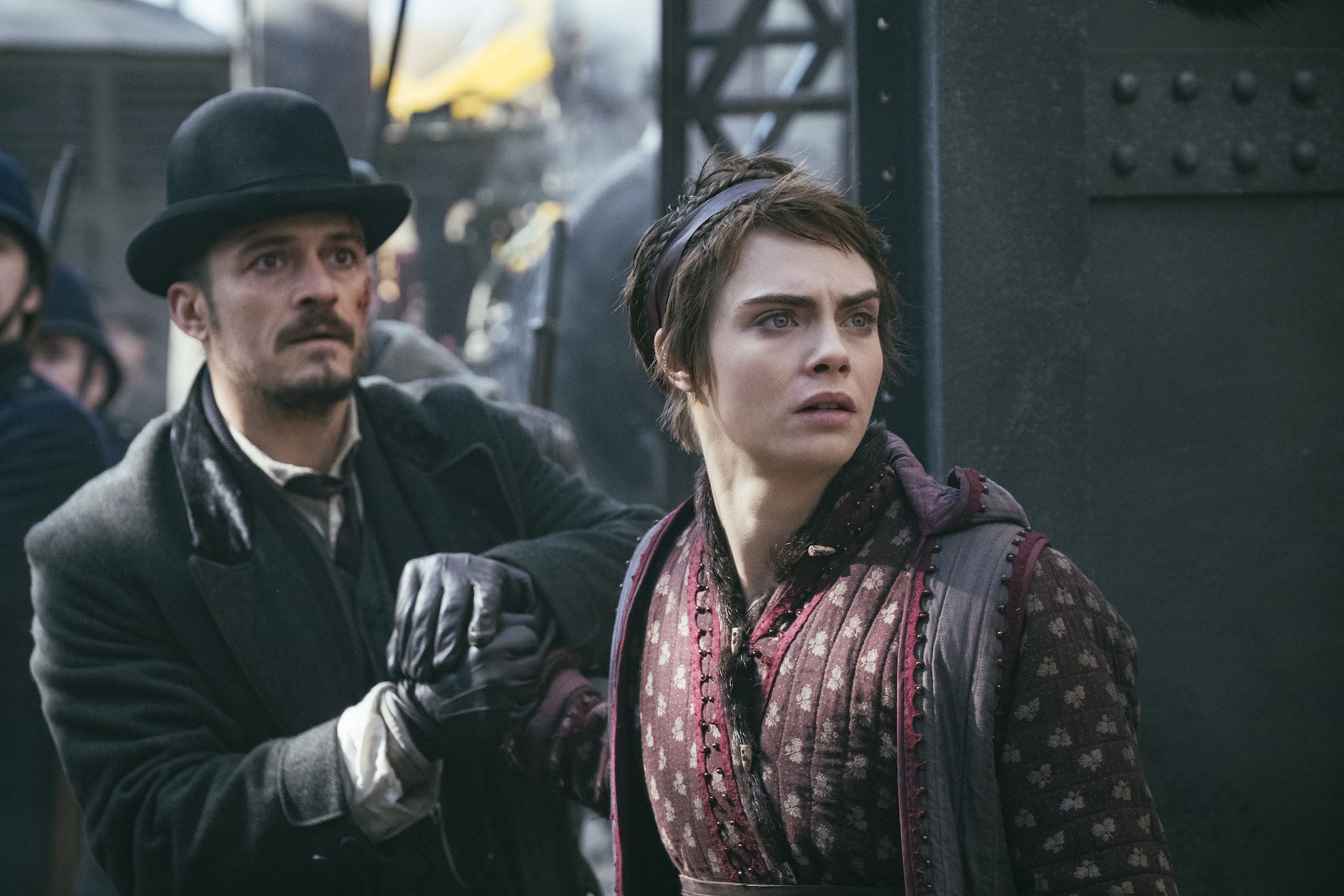 The Cast of Carnival Row Season 2

Showrunners Travis Beacham and René Echevarria have brought up a Steampunk urban fantasy drama based on The Burgue world where mythological creatures immigrate to the world of normal people. The show is written by Travis Beacham, René Echevarria, Marc Guggenheim, Peter Cameron, Ian Deitchman, and Kristin Rusk Robinson while being backed by Siesta Productions, Legendary Television, and Amazon Studios.

The show aired on Amazon prime video for its first season having a total of 8 episodes and was well-appreciated for its star cast which includes: 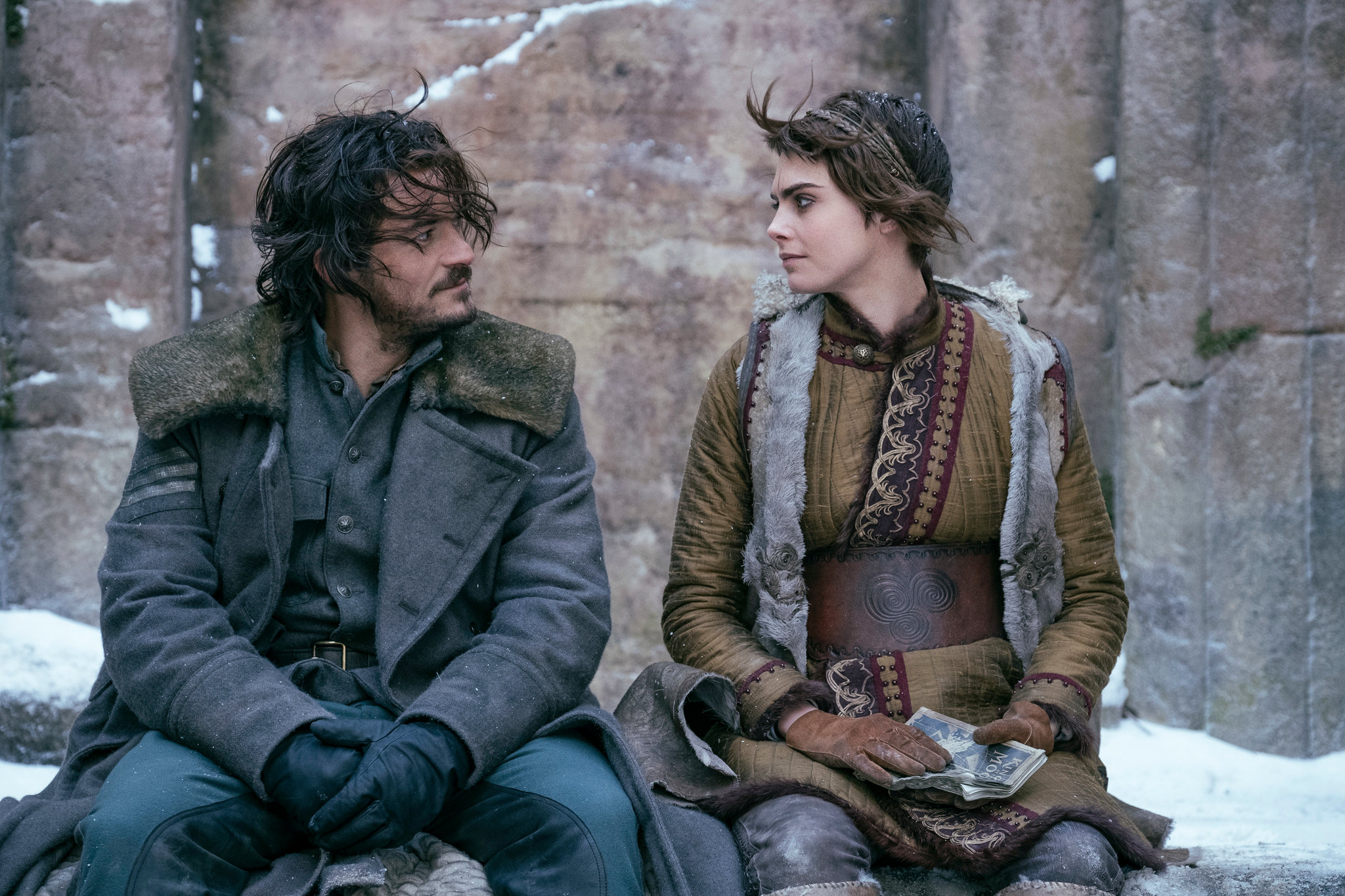 A human detective and a fairy enter a dangerous affair in the fantasy world of Burgue where it is uneasy to maintain peace and a string of murders reveals a ferocious monster.

In the beginning, Philo finds himself searching for a man known as Unseelie Jack who is accused of assault crimes. His leads help him reach the man but he jumps and kills himself. Philo is on his run to stop the killings but learns that all of these murders are related to him. With the destruction of the ship called Deliverance, the spurnrose house seems to be declining. The wife of Chancellor Absalom Breakspear, Piety has been associated with Haruspex, witch to knows about her future and prophecy. She blamed Jonah Breakspear for everything wrong in the family and conspired with the witch to make sure Jonah‘s fate was sealed. Philo’s earliest memories are stored within the Foundling home, which is an orphanage where he and Darius, his close friend grew up together before entering the military.

The Burgue world is highly affected by getting overrun by mythological creatures along with the serial killers and assassinations in the streets. There comes the rise of a new Dynasty that has to cope with this and prepare for a civil war that may be far bloodier than what Burgue raised on Tirnanoc years ago. 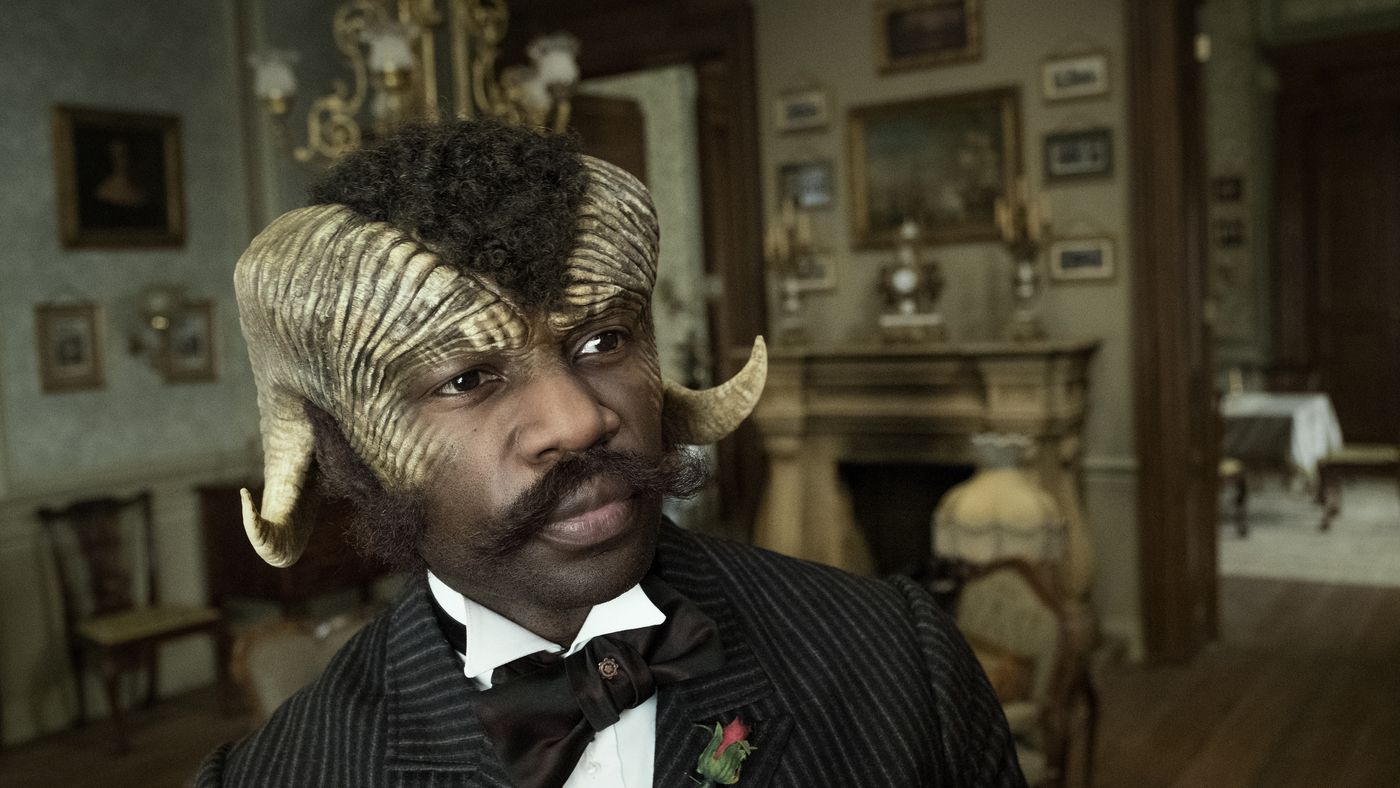 The streaming service hasn’t released any trailer for Carnival Row Season 2. The reason can be that the series is still under production and editing for release. Throughout the first season, we came to know that all the murders are concentrated towards Rycroft Philostrate, better known as Philo. Philo is imprisoned by the Chancellor of the Republic of the Burgue, Absalom Breakspear, who turns out to be his father.

The story can further tell us about Dark Asher and the secrets of Piety with the witch, Haruspex. Her marriage to Absalom was also a part of her prophecy. The Dark Asher was controlled by Piety and when Vignette killed her, the monster died too. Philo himself is half-fae and chooses to stay with Vignette. It seems that the Fae will fight back against Chancellor Jonah Breakspear’s racist laws.

This can surely turn very brutal as the photos from Carnival Row Season 2 production reveals a blood-filled Orlando Bloom. This means our half-fae favorite detective is surely going to get beaten down during the show. But the question is, will he rise? Will he be able to restore peace for a longer duration of time? 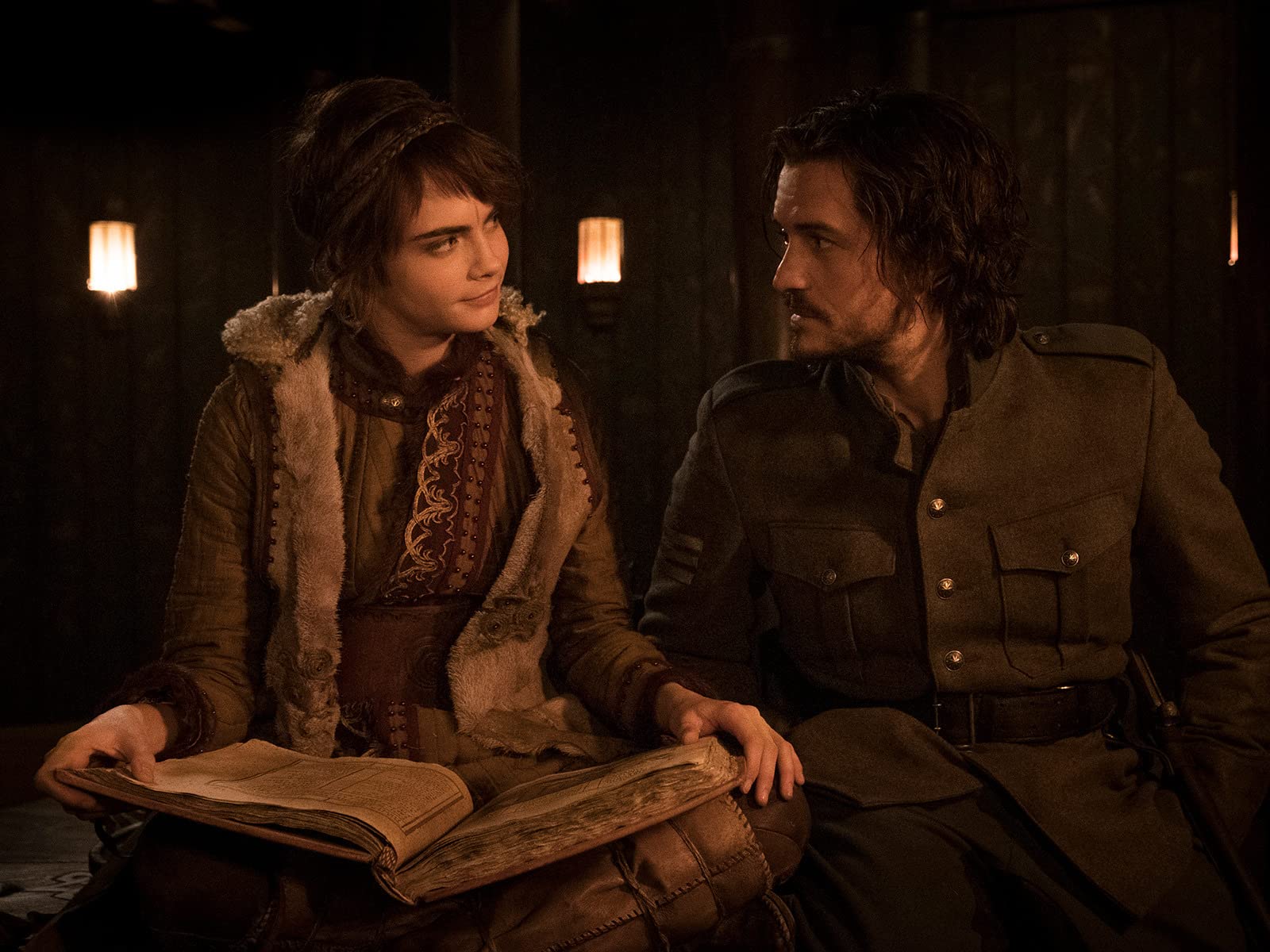 Amazon Prime Video must be under tremendous pressure from the fans about the release date of Carnival Row Season 2. But the streaming service has nothing to say for sure as even though the production wrapped in September 2021, the season is still not ready. The filming of Carnival Row Season 2 was interrupted in 2020 because of the ongoing Covid pandemic situation.

Season 2 would have arrived if this delay never happened. If we have to make a guess after looking at the production end, the series can be out anytime by the end of this year or in Summer 2022. Fans can expect stills and insights from the show in the upcoming month, along with a teaser announcement and trailer of Carnival Row Season 2.