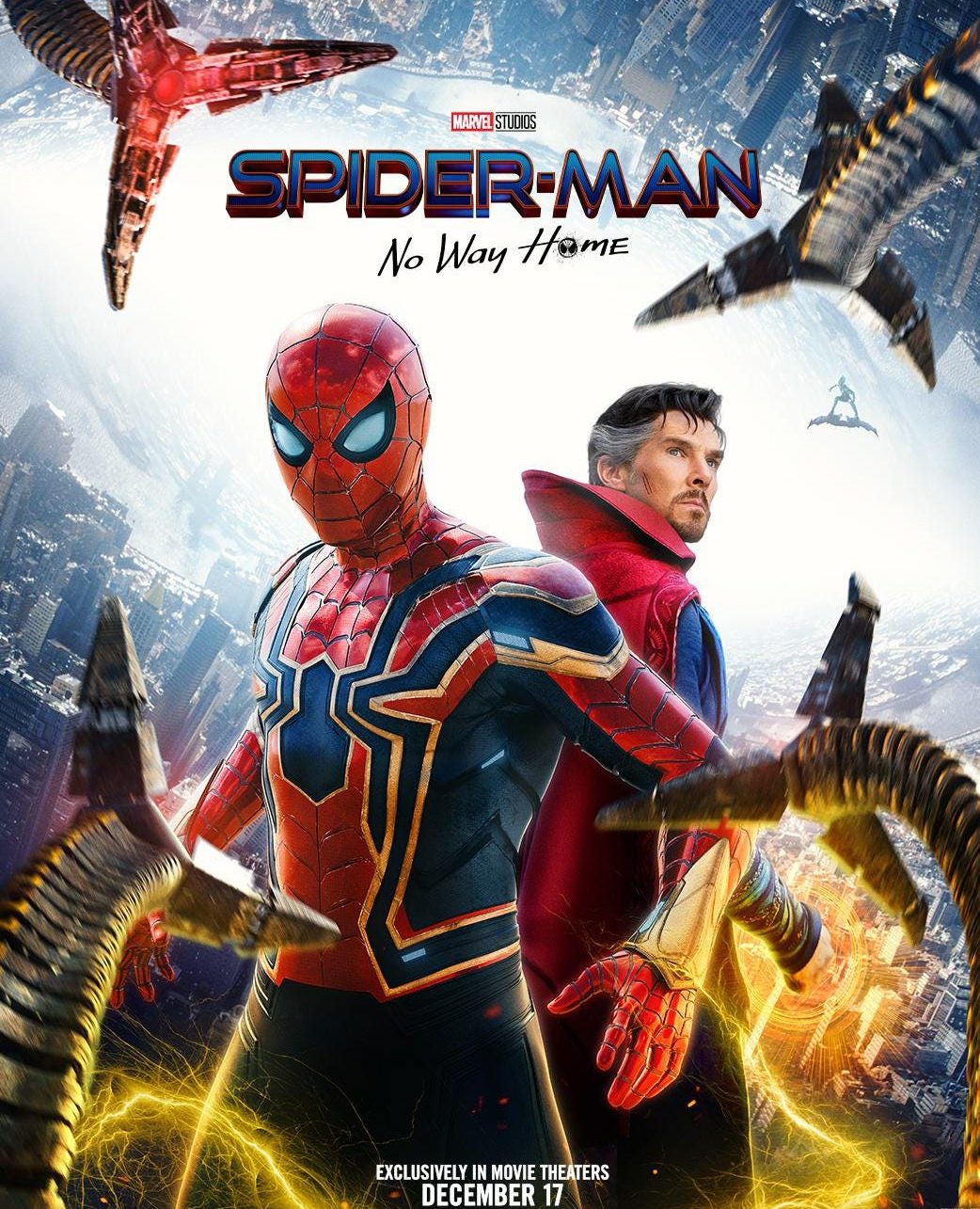 Spiderman No Way Home is the upcoming spiderman film franchise’s third movie that is seen for its release this year on 17 December. The movie revolves around the aftermath of PETER PARKER’S identity of SPIDER-MAN and how efforts by Dr. Stephen strange lead to the opening of the multiverse. This will bring back various supervillains from the old releases and will even mark the advent of some new villains in the movie.

The cast of the movie includes Tom Holland in the lead role of peter parker or spiderman, Zendaya playing the character of Michelle Jones, parker’s love interest, Dr. Stephen strange depicted by none other than Benedict Cumberbatch, Jacob Batalon, playing peter’s best friend Ned Leeds, John Favreau in the role of Harold “Happy” Hogan who is the security head of stark industries, May Parker, Peter’s aunt played by Marisa Tomei. Jamie Foxx who will be playing Max Dillon or Electro is returning from the Amazing Spiderman 2, Alfred Molina who will reprise her role as a scientist, Otto Octavius, or doctor octopus from spiderman 2. Apart from them, Sandman or Flint Marko from spiderman 3 and Lizard or Curt Connors from The amazing spiderman will also return in the upcoming movie. The characters are played by Thomas Haden Church and Rhys Ifans respectively. Willem Dafoe will also be seen playing green goblin or Norman Osborn while the role of Wong will be played by Benedict Wong.

Recently, the makers dropped another trailer of the upcoming spiderman movie on November 17 which confirmed the reprising roles of various villains from the old movies. It also gave insights into the upcoming movie to a much wider extent. The trailer shows the presence of Otto Octavius, Green Goblin, and electro who have arrived from the multiverse in search of spiderman. The multiverse was opened by Dr. Strange while trying to make people forget spiderman’s real identity as peter parker.

However, the dropping of the recent trailer even gave rise to speculations into fans thinking that James Franco might also be seen returning back in the movie. IS THIS TRUE? IS HE RETURNING AS HARRY OSBORN? well to find out the answers to these speculations, read the article below.

As you watch the newly released trailer, a voice is heard that warns peter parker to be careful about what he wishes. After hearing the voice the fans started thinking the man behind the voice is Harry Osborn. Harry Osborn who was seen in Sam Raimi’s spider-man trilogy was the beat fried of pewter parker but soon went on to seek revenge from him after the death of his father Norman Osborn who is also the villain of the movie, Green goblin. Harry Osborn was played by James Fransvo in the entire spider man franchise and after the release of the second trailer, fans think that he is the voice behind that warning and might be seen returning as another villain in the upcoming movie.

Appealing as it may sound but the voice behind the warning is not him. There were theories that since Green Goblin appeared right before the line, he might be the voice of the statement but the actual voice behind the warning is Dr. Stepehn stage who wars peter to be careful in what he wishes. However, the appearance of Harry Osborn would not be out of contest considering the storyline of the movie. But for now, there is no confirmation as such on the same.