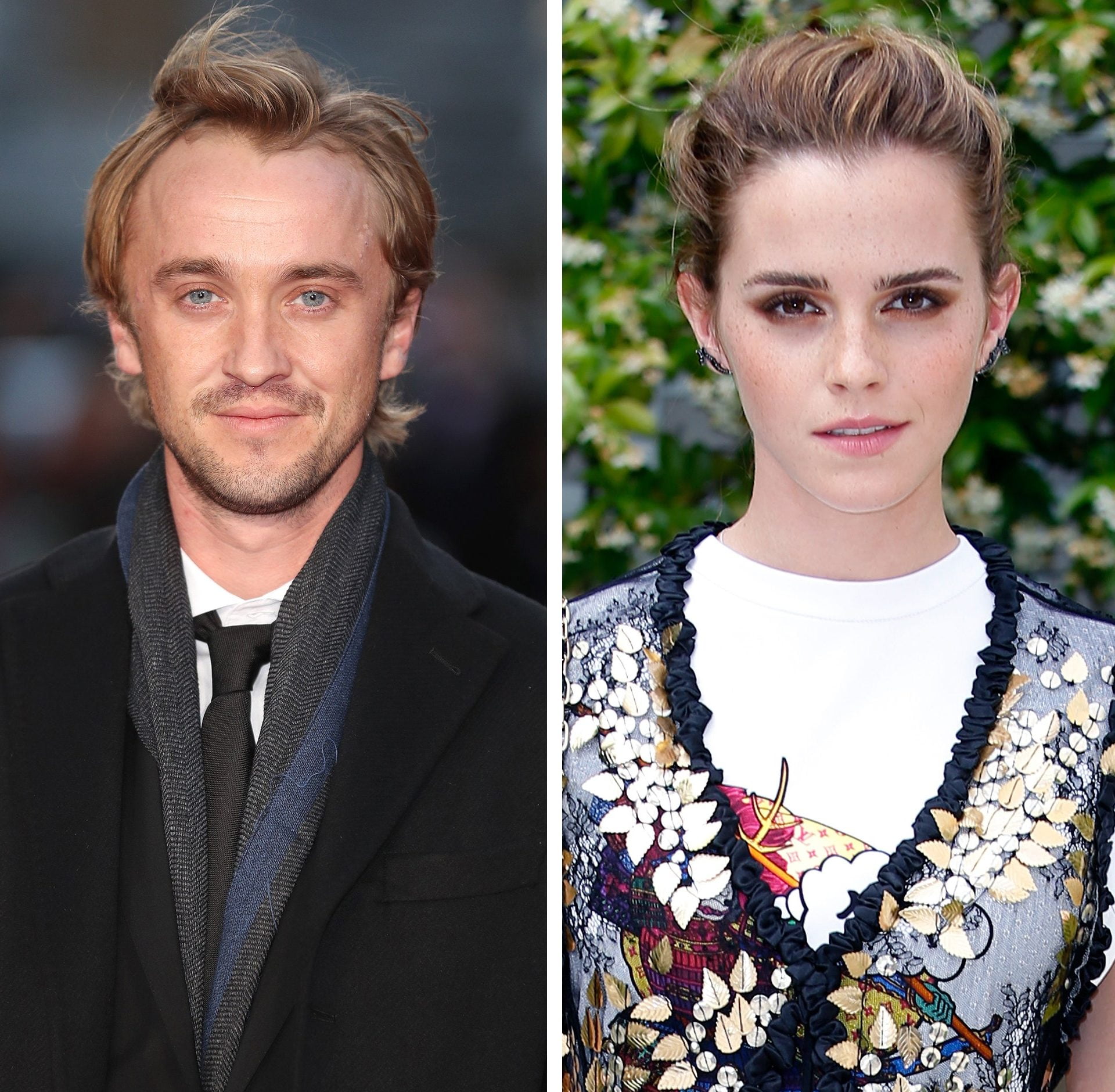 The news of Emma Watson and Tom Felton dating secretly pops up now and then. With the two sharing a close bond, fans are often seen shipping the “HARRY POTTER” stars together despite the fact that they both have been or are individually in a different relationship. Well before we hop on to the truth about the rumor, let’s dive into the bond between the two actors and how their dating life has been. Emma Watson who is famous for her role as Hermoine Jean Granger and Tom Felton who is best known for the villain, Draco Malfoy in the same franchise titled Harry Potter have shared a close friendship during the shooting of the movie franchise. Years after the last movie aired, the two still happen to share the same closeness and often catch up with each other amongst their busy schedules. The two also share a great friendship with other actors of the franchise and often meet up irrespective of the place they are in. Adding to this Tom Felton in an interview said that the stars make time for each other amongst their busy lives and thus he feels that thing has changed and it seems like the show ended just yesterday. As for Emma Watson and Tom Felton dating rumors, they are in full bloom since 2019 when tom Felton shared a picture of the two in august the same year. Fans started shipping them up and rumors that the two be a thing and are secretly dating each other. However soon after Tom Felton cleared these rumors saying that the bond between the two is more of a Gryffindor and Slytherin thing rather than Tom and Emma. Denying all the rumors, he added that the two share a very close bond and it is more than friendship but the two are not dating. Instead, they try to stay open to each other and adore the friendship they hold.

Earlier, in an interview, Emma revealed that she had a crush on Tom Felton for the first two movies and how the two laughs about it, and the same revelation was given by Tom when he said that he like her back then. He even said that he adores her and thinks that she is a fantastic influence on the world. This led to fans getting excited and started shipping them.

Emma who earlier dated British financier Jay Barrymore, Johnny Simmons, Brendan Wallace is now currently dating LEO ROBINTON who is a California-based business owner as confirmed by the Daily Mail. Recently the rumor of Emma being engaged with the business took to limelight but soon after the actress took to her social media handle and denied all the rumors saying that if a thing like this were to happen, the fans would hear it from her. As for Tom Felton, he has dated Olivia Jade Gordon but broke with him a few months after the actor went public about their relationship. Currently, the actor is not dating anyone and happens to enjoy his single life for now.

Simon Cowell NEARLY DIED after Involved in DANGEROUS Bike Crash; How is he now?