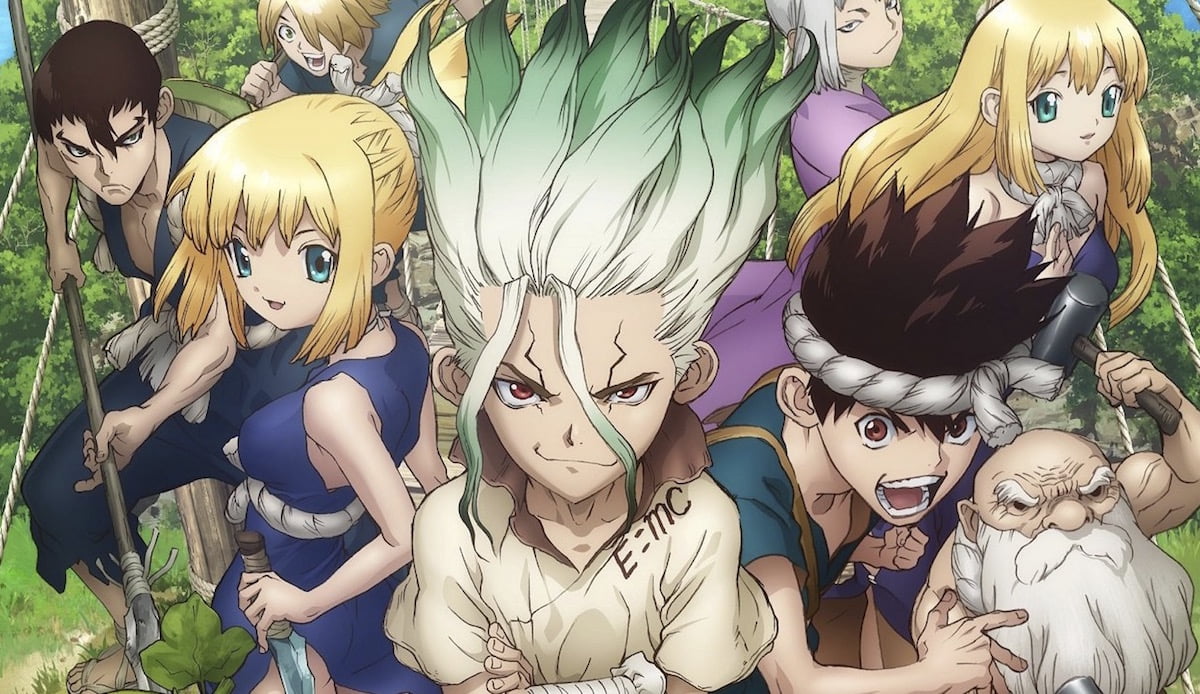 Dr. Stone may be a name of a podiatrist in a normal world. But in the world of Anime, he’s one of the newest but very much loved protagonists on the screen. He’s winning many hearts for a new show very quickly. The first season of Dr. Stone aired originally in the summer season of 2019. Season 2 came out after almost a year and a half, that is at the beginning of the year 2021. In this article, we will provide all the information we have about Dr Stone Season 3.

What is the backstory of the Anime?

The plot revolves around a world where humanity has been stupefied or petrified and a science genius Senku and his brawny friend Taiju use their skills to reconstruct civilization in the world.

The story goes like this: On a fateful day, humanity got stupefied and statued by a blinding light flash. Two high school students, (after millennia) Senku and Taiju awaken and realize that they are lost in a world full of people who have been petrified. Senku has a lot of knowledge and admiration for Science and he gets a great plan of resurrecting the civilization by using the power of science. The story has been adapted from a Manga which tells the story of some people from the Pre-Petrification World, who try rebuilding the civilization in the age of Petrification, or as the people might understand in a better way; The Stone Age.

We are hoping that the third season of Dr. Stone will be based on an epic adventure on an open sea. However, the pattern which will be followed by the third season will be the same as the first two. But it is not accompanied by any indication of the release of the episodes and the time of the full fruition of the show. Currently, the fans are eagerly waiting for Dr Stone Season 3. Dr Stone Season 3 will be coming first in Japan and eventually and gradually in dubbed English. So the fans have to wait for a little while after the show originally airs in Japanese. Also, it is being expected that Season 3 will not be arriving till 2023 but a special episode has been planned to be released this summer of July 2022 to the amazement of the fans. It is called an OVA dropping.

The voice artists for both the dubbings of the anime will be most likely the same for Dr Stone Season 3 as for seasons 1 and 2. For the Japanese dub, Senku’s and Taiju’s voices will be done by Yusuke Kobayashi and Makoto Furukawa, respectively. And for the English dubs, Senku’s and Taiju’s voices will be dubbed by Aaron Dismuke and Ricco Fajardo, respectively. The plot is expected to be a story of a seafaring adventure in the third season, owing to the teaser produced for Dr Stone Season 3. According to some sources, this hints that the follow-up will be based on the Manga and adapt the ‘Age of Exploration’ in the next plot.

That means this will be the part where they build the mighty ship Perseus and will sail around the world. They will attempt to find some more answers as to how the world got petrified. On their way, they come along many inventions which will help them in bringing the Mankind back on track.

Is there enough source material for another Anime adaptation?

The manga has been continuing since the year 2017 as of now and is showing no signs of slowing down any time soon or stopping. There is a huge amount of source material because of which the fans should sit back and relax that the series will be continued more and more until the writer of the Manga does not get bored and tired of writing.

The fans will be very happy and excited to learn that a brand new OVA episode from the franchise will be released in July 2022 and will be tied over Dr Stone Season 3 in 2023. But we are expecting the official trailer and release date for the series by the end of this year and we are waiting for it out of curiosity.