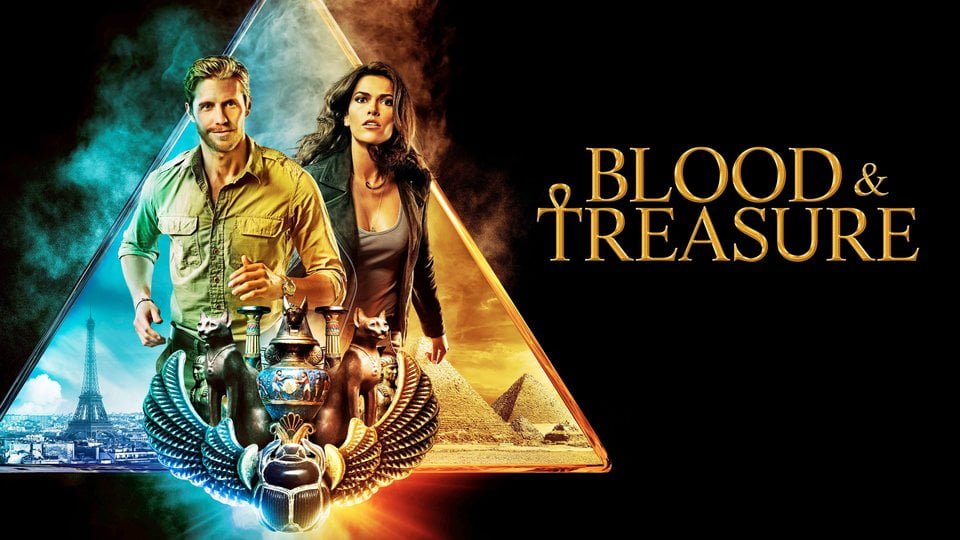 Blood and Treasure is a CBS action-adventure drama series that first aired on 21 May 2019 with its first episode released in two parts, titled “The Curse of Cleopatra Part I & II”. The series was released with mixed reviews where it achieved only 54% rotten tomatoes with an IMDb rating of 6.5/10. The show has also got some dedicated fans who are waiting for over three years now to get Blood and Treasure Season 2.

‘Blood and Treasure’ is about a former FBI officer who is also an antiquities expert, Danny McNamara, and a cunning art thief, Lexi Vaziri who joined hands to catch a terrorist, Karim Farouk who funds his attacks with the stolen treasure. Danny is the one who recruits Lexi to help him bring back his mentor, Dr. Anna Castillo and bring Farouk to justice.

As they are on their own mission, they are being hunted too. They find themselves at the center of a 2000-year-old battle for the cradle of civilization. Even though the story was unique, critics believe its average execution was the reason behind its release with an average response. The first season concluded on 6 August 2019, completing its 12th episode titled “The revenge of Farouk”. To continue with their plan, Danny poses as an arms dealer while Lexi looks to Father Chuck to help decipher encoding information. A vital clue leads Danny and Lexi to a castle where the Germans may have hidden Cleopatra‘s sarcophagus. Meanwhile, Hardwick is rescued by Fabi and reveals the details of the hunters of Cleopatra.

Lexi discovers that an Egyptian official may have files related to Farouk and informs Danny about it (lying about her source). Farouk on other hand tries to retrieve the items he stole from the pyramids. The duo rushes to the mountain of Spain in search of a lost train car that may have carried Cleopatra’s sarcophagus before it went missing. But they end up stuck in Casablanca with law enforcement and enemies on their trail.

FBI agrees to let the duo search for Cleopatra only if Danny makes his father reveal the location of paintings that were stolen 20 years ago, with him being one of the accused. In Nazi hunter’s research leads them to Montréal which indicates that the Nazis who were behind Cleopatra may still be alive and hiding somewhere. Gwen becomes fed up with Danny and Lexi and arrests Father Chuck for aiding them.

Danny and Lexi even reach the Bermuda triangle, tracking down the smuggler’s plane where it vanished years ago. Gwen comes into the target zone by digging into some investigations. By the end, the duo falls in the worst possible situation where Farouk’s Master plan is active and all the secrets are exposed, making their fates quite pre-decided. There is no trailer for Blood and Treasure Season 2 provided as of now but as the release date is approaching, the production house will soon start dropping season insights and teasers to create the hype for the show.

Now about the plot, season one had already ended on a nail-biting cliffhanger and season two is expected to explain this cliffhanger ending. We saw that Queen has returned by the end of the first season, bringing new dangers. Season two will display Danny coping with the twists and turns brought by the Queen’s arrival.

As season one revolved around the plot of Cleopatra, there are chances that another Egyptian pharaoh can be chosen now or any other personality from a different civilization to bring a change to the story. Danny and Lexi will have to pass through many gut-wrenching situations this time also and keep entertaining the audience with their weird yet successful chemistry. Blood and Treasure Season 2 is all set to release its first episode on 17 July on Paramount plus, instead of the CBS network. The team of CBS itself announced the transfer of the series from its platform. The season will be dropping its episodes weekly on Sundays with a total of 13 episodes this time.

About the renewal of the show for season three, there are very less speculations of it happening. When Matt Barr was asked about it, he said that he’s excited about the current season and wishes people to see it with fun. He exclaimed, “Five years later, we’ll release Season 3!”.