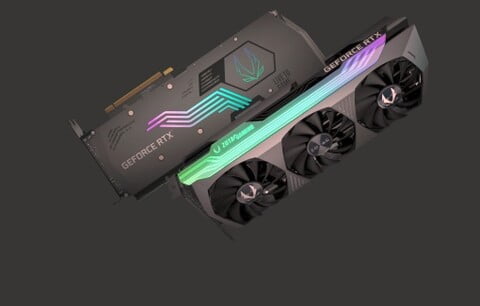 The new video cards in ZOTAC’s GAMING lineup are based on the GeForce RTX 3080 Ti and 3070 Ti GPUs and include RGB lighting, superior cooling, active fan control, RGB LED backplates, and metal front plates. The new cards will be available for purchase later this week for those who are interested.

Here are the entire names of the ZOTAC video cards stated above, without further ado:

Prices will vary based on the market and store, as is customary. However, ZOTAC has stated that the GAMING GeForce RTX 3080 Ti and RTX 3070 Ti cards will be available on June 3 and June 10, respectively. The AMP Extreme Holo models, on the other hand, should be available in early July.

Nvidia announced its latest desktop GPUs, the RTX 3080 Ti and 3070 Ti, to kick off the new month. The new cards are an upgrade over the normal RTX 3080 and 3070, with extra VRAM and better performance to keep up with the latest Triple-A games, like with previous Ti generations. Nvidia’s ray-tracing, DLSS, and Reflex technologies are available on both new graphics cards.

Both new cards, according to Nvidia, have up to 1.5x higher performance than their predecessors. The RTX 3080 Ti is priced at $1,199 and will be available globally on June 3. Starting on June 10, the RTX 3070 Ti will be available for $599. As has been the case with GPUs in recent years, availability will most likely be limited.

During NVIDIA’s COMPUTEX 2021 briefing, little details about the new graphics cards were revealed. When the cards go on sale or the review embargo expires, the complete details will be revealed. For the RTX 3080 Ti, that isn’t a long distance. So far, we know that the RTX 3080 Ti will feature 12 GB of GDDR6X RAM and that the GPU at its core will be capable of 34 Shader TFLOPS, 67 Ray-Tracing TFLOPS, and 273 Tensor TFLOPS. Similarly, the RTX 3070 Ti will have 8 GB of GDDR6X RAM and can deliver 22 Shader TFLOPS, 42 Ray-Tracing TFLOPS, and 174 Tensor TFLOPS in terms of performance.