The internet has been on fire ever since the big event of the Oscars turned up and mostly the gesture which Will Smith put ahead on the big night. This event of the Oscars no doubt would be a historical one always and not only on the part where there were some of the big winners named for the awards but moreover on the situation when Will Smith went ahead to slap Chris Rock on the stage in front of everyone.

Chris Rock was present on the stage to announce the winner of the best documentary at the time when he was also cracking jokes at the event too and thus he eventually went ahead to make a joke about Jada Pinkett Smith‘s bald head stating that he can’t wait to see her come forward in G.I. Jane 2 whereas everyone was laughing casually at the time as Will Smith then walked up to the stage and slapped Chris Rock in front of everyone. Mentioning the part that basically portrayed how things stood out escalated for them at the time and Will Smith also shouted at him to keep his wife’s name out of his mouth. The situation which turned up at the Oscars was talked about everywhere as the audience on the internet also stood up for Chris Rock at the time and also criticized Will Smith for the gesture he put on international television.

Moreover to mention that not only but a number of celebrities also came forward in support of Chris Rock while the fans kept supporting the personality during the period time. The internet has been talking about the move that Will Smith pulled and is not happy as the audience has also mentioned that he should not have been given the award and especially after the time when this action was pulled on the stage. 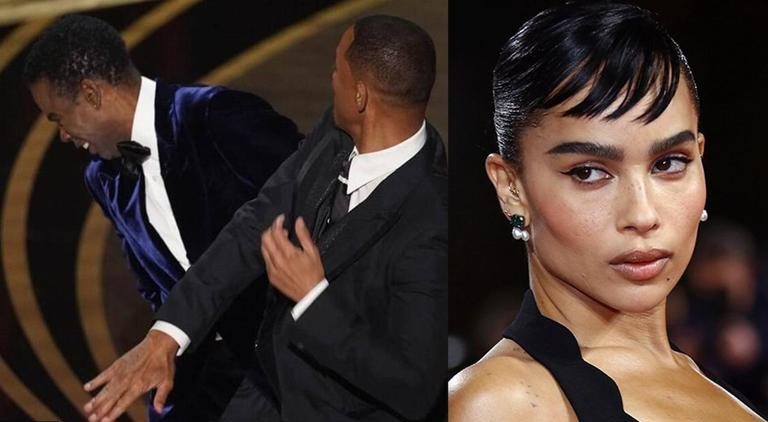 Zoe Kravitz was one of the famous personalities who also stood for Chris Rock and stated on the internet that we are basically assaulting people on stage now and she basically meant to be surprised by this and what went through in the Oscars as everyone is not happy with it and are expressing their views on it.

Zoe Kravitz also has been a good friend of Jaden Smith through the time but she has raised her voice against what she thought was appropriate at the time. Her comments made it clear what she stands for as a professional celebrity and though it is yet to see what more reactions we would get from the famous celebrities now that it has caught up everyone’s attention at the time. Chris Rock on the other hand has not pressed any charges over the time while the audience has been asking the personality to come forward and make the charges so that suitable actions could be taken afterall with Will Smith.