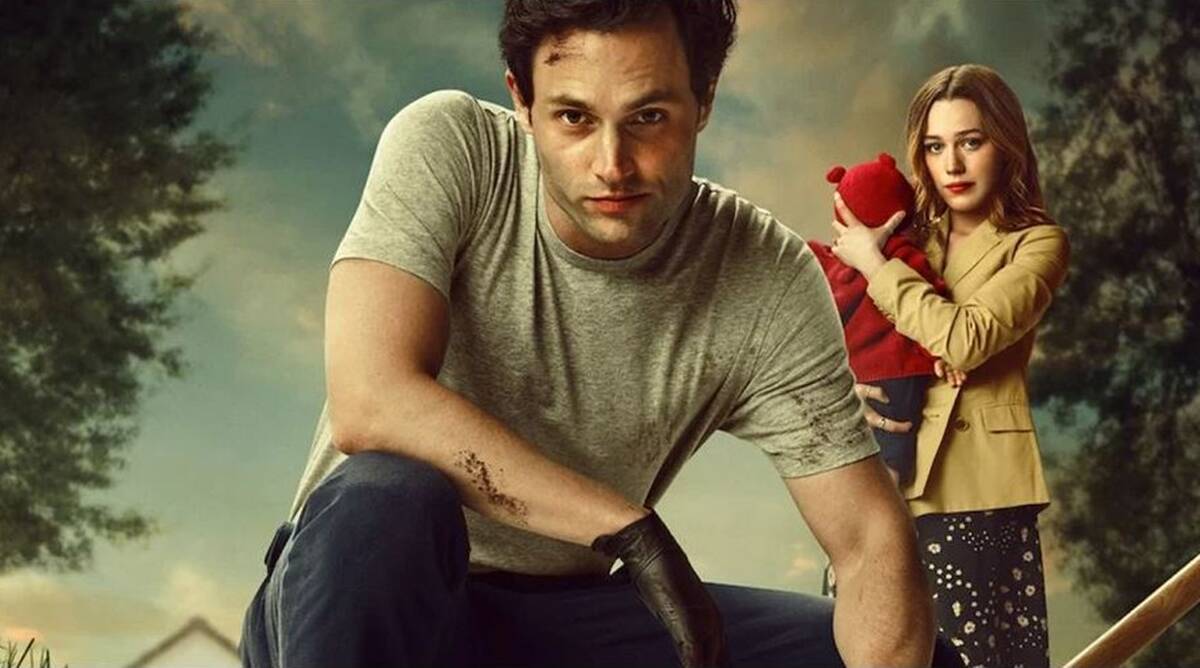 On Tuesday evening, Netflix took to its official Instagram account to share an all-new post of the highly anticipated third season of YOU. The online streaming site shared the image and informed viewers that the show will premiere on October 15. Fans’ delight knew no bounds, and many flocked to the post’s comments section to express their delight. YOU, starring Penn Badgley as Joe Goldberg and Victoria Pedretti as Love Quinn, is presently preparing for the release of its third season. The fan-favorite duo was dubbed “your favorite lovers” by Netflix, who also confirmed that You season 3 would premiere on October 15.

The trailer for the series’ forthcoming season was just published, and it depicted Joe and Love adapting to married life. Things take a sudden turn, however, when the duo’s neighbor attracts Joe’s interest, and he reverts to his former habits. The only thing that will be different this time is how things will play out with Love by Joe’s side. Seasons one and two of YOU were partly based on Caroline Kepnes’ novels, You and Hidden Bodies, and fans are eagerly awaiting the release of season three of the psychological thriller.

Season 3 of You has a release date announced by Netflix. Joe and Love’s dangerous relationship will continue and they will become parents on October 15, when You season 3 arrives exclusively on Netflix. The release date for You season 3 was disclosed in the above teaser, which foreshadowed Joe’s concerning connection with his soon-to-be kid.

You Storyline And Plot

“You” is your usual love story: guy meets girl, the boy follows girl, then boy does a slew of violent and sociopathic acts because he is genuinely insane.

After two seasons of listening to Penn Badgley’s monologues as Joe Goldberg, anyone’s perspective on relationships would be skewed. When we first meet Joe, he appears to be a regular, lovestruck bookseller — albeit a rather arrogant one — but by the conclusion of season one, he’s a full-fledged killer. Joe creeps his way into the heart of every lady he has a crush on, and it usually ends in disaster for everyone concerned. He leaves New York for Los Angeles in the second season and meets a lady who flips his life upside down.

The series is largely based on Caroline Kepnes’ 2014 novel of the same name, “You.” The sequel, “Hidden Bodies,” is adapted in the second and third seasons.

“You” aired on Lifetime in 2018 to a small viewership but gained traction after it was picked up by Netflix.

You, the Season 3 Cast

Penn Badgley and Victoria Pedretti reprise their roles as Joe and Love in Season 3. However, we may expect a few more known celebrities to join them. Saffron Burrows reprises her role as Love’s mother, Dottie, and is promoted to series regular. We also know that Jenna Ortega will reprise her role as Ellie, despite the fact that she was anxious to get away from Joe in the midst of her personal tragedy (which was entirely his fault). So far, they are the only names that have been verified to return.

Riverdale Season 6 Episode 11 Release Date, Spoilers and Everything you should know