As the founding members of avengers Iron Man, Captain America, Thor, Black Widow, and Hulk are gone, some permanently and some are just not being as active as they used to be. the new Avengers team is in a dire need of somebody to show the path in the Marvel Cinematic Universe, and according to the fans, Sam Wilson also known as Falcon (recurred by Anthony Mackie) might just be the person we are looking for who can lead the team in Avengers 5. The greatest heroes of the world and outside of the world teamed up in the Marvel Cinematic Universe back in 2012 and Iron Man was primarily determined as the leading figure of the Avengers. The duty of the leader has divided between Captain America and Iron Man afterward. Regardless, the 4th part of Avengers, Avengers: Endgame took the team in a difficult place where Iron Man has passed away and Captain America has become old and the existence of the whole Avengers team is under crisis.

After a certain time in the future of Marvel Cinematic Universe, the Team Avengers will be assembled again with a brand-new look. The ongoing 4th phase is planned to uplift the position of some heroes, make some other characters shine, and bring some new characters into the fold who will have a good position in the MCU in the future. With this many possibilities with all these new and not-too-old heroes, we can’t wait to see which one will be chosen as the leading figure of the team. But Anthony Mackie’s Captain America will be the most suitable choice among all of them.

Marvel has not shown how the process for making Sam the next Captain America will be done yet after he received the Captain America mantle of the shield from the Previous Captain America, Steve Rogers, but we can still say that he is the most appropriate one to lead the next generation of Team Avengers. He is the chosen one who was chosen by Steve to have the shield of Captain America, so we can take him as the best character to carry the burden of the leader. He may not have the strength of a super soldier in him, but with the shield, he received combined with his flight suit he can have a superior POV in the fights. 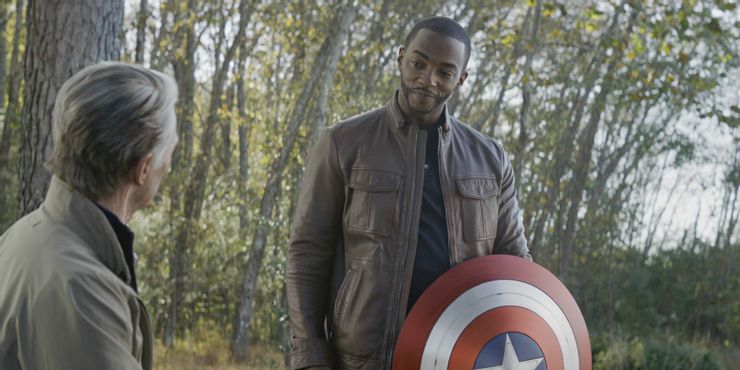 Falcon, therefore, has the skills, respect, and time to become the leading figure of the Team Avengers in the future of the MCU, and this will help him to keep following in the path of Steve Rogers, the previous Captain America showed to us all. There are also reality-based facts of Marvel Cinematic Universe that intend to transform Anthony Mackie from an assisting role to a leading role, and he is sufficiently young to be at the frontline of the upcoming battles of Team Avengers for numerous years to come. He may not be the brightest or strongest player on the MCU heroes list, but Sam Wilson as Captain America, leading the Avengers in Avengers 5 is a natural occurrence of his arc and will highlight how different the next team will be if there are any similarities.