All parents and children feel safe when they were in school. In school, children learn many things. In Texas there is a school named Robb Elementary, this school teaches second, third, and fourth-grade students in Uvalde. And then a shootout happened and 21 people were killed. Of 21, 19 were kids and two teachers. In the meantime, cops did nothing and stood outside during the Uvalde Massacre.

What did the Governor of Texas say about this Massacre?

Governor of Texas Gregg Abbott said that the shooter was killed. The Uvalde Massacre shooter is believed to have acted alone. This thing is not tolerated in the state of Texas. His words are noted below.

“What happened in Uvalde is a horrific tragedy that cannot be tolerated in the state of Texas”.

What did President Joe Biden has said about this Uvalde Massacre?

President Joe Biden has spoken with Abbott to offer his assistance, White House officials said, Biden also ordered flags on all public property and at U.S embassies to be flown at half staff in memory of those killed in the Uvalde Massacre. He also makes his remarks in the press briefing on Tuesday. His words are noted below.

“Tonight, I ask the nation to pray for them, to give the parents and the siblings the strength in the darkness they feel right now.”

Joe Biden’s words in the press briefing for Uvalde Massacre.

Biden also made a renewed call to reform gun laws.

Joe Biden’s words in that press briefing for Uvalde Massacre.

President Joe Biden will visit Uvalde to know the conditions.

What is the identity of the shooter and when did he shoot?

Governor Gregg Abbott has identified the shooter as Salvador Ramos, an 18-year-old man who lives in Uvalde resident. The man abandoned his vehicle and entered Robb Elementary School with a handgun and possibly a rifle. The shooting started around 11:32 am, as per reports.

What Robb Elementary School is going to do after the Uvalde Massacre?

Robb Elementary School teaches second, third, and fourth-grade students. The students were scheduled to celebrate their last day of the school year on Thursday. But, after this shootout, everything got stopped in Uvalde. Earlier Tuesday, the Uvalde CISD had placed all campuses under lockdown after gunshots were fired in that area. As per reports, the school will be closed for the remainder of the academic year, though counseling will be offered to the students after the Uvalde Massacre. 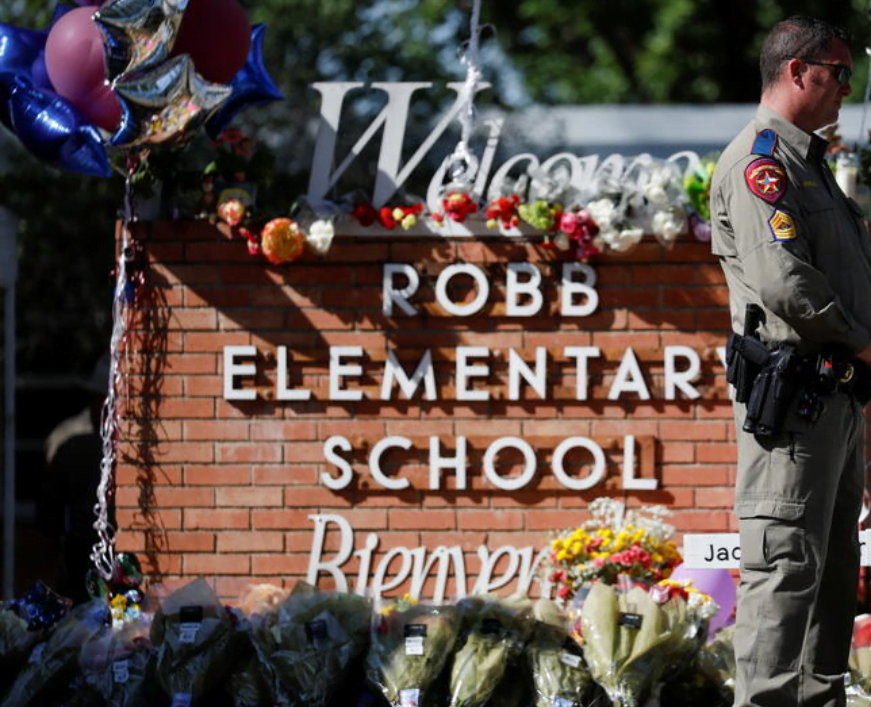 What was the role of the police in the Uvalde Massacre?

Police are one of the safeguards for the citizens. But the police of Uvalde didn’t do so in the Uvalde Massacre. In a press conference on Thursday, Texas authorities confirmed that the shooter has been locked inside a classroom for an hour before he was confronted and killed. He has done all his murders in that room including 19 children and two teachers. Police had assembled just outside the room but they did not make any attempt to break through the door during that hour. Instead, they decided to pull back and wait until any specialist tactical unit arrived while evacuating other children and staff from the building.

People of the U.S is deeply sad as they heard the news of Robb Elementary School where 19 kids and two teachers were killed. President has reacted in this shootout. The Governor of Texas said that the shooter was killed. The police didn’t do anything at the time when the shooter is in the classroom. They were outside the classroom and waiting for the specialized tactical team to come.