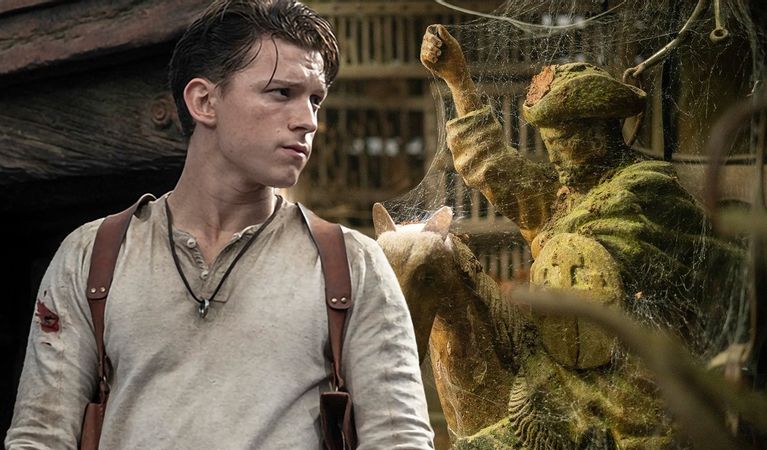 Uncharted Movie is on its move after dropping its trailer and this is a promising act that will for sure give fans the hope that they will finally release the movie. Uncharted Movie has been delayed a few times and it was supposed to release a long time ago only back in 2016 but it got delayed and the date was set to 11 February 2022 but that also changed to February  18, 2022.

The movie will see Spiderman fame star Tom Holland in the Role of Nathan Drake and Mark Wahlberg co-starring as his mentor Victor Sullivan.  From the looks of the movie, it will surely seem like an Indian Jones movie. The movie is Action-packed and has taken some SCenes from the game Uncharted itself.

We will give you all the details of who is in the cast, the plot, when it is released, and what to expect from it.

The cast for Uncharted

Additionally, YouTube personality ElrubiusOMG will appear in the film in an undisclosed role.

The uncharted movie will be a prequel to the Uncharted: Drakes Fortune that the movie will be covering the events before the Drake Fortune. Tom Holland and Mark Wallberg will set don’t he journey to find the last treasure which has never been found by anybody in history. The story can also focus on Nathan Drakes who is lost and he also could be making an appearance in the movie. It will be an action-adventure pack where the journey will be leading to set the events before reaching treasure that has been not found by anybody yet.

When is it going to be released?

The movie is set to release on 18 February 2022 and this is the first time PlayStation studios will be releasing a movie on a wider scale and since the Rights, to stream, the movie has been taken by Netflix so it will be available on its platform. you can expect it to release in 2 years after the original release on Netflix.

Before watching the movie one should keep in mind that the characters are looking young in the movie as compared to the Game. That is because at the Time of Uncharted: Drakes treasure Nathan is Around in his 30 ‘s and While Victor Sullivan is in his 50s. so the characters are young the fact because most are set before the events happen in Drakes Treasure.

You can expect the movie to action-packed adventure thriller, TTom Holland Assured in an interview that the shooting for the movie has been finished in the last year and the movie will have an element for everyone and will not disappoint the fans of the game series as well.

The uncharted Franchise has been loved by the fans for over a decade now and now it is set to become a live-action movie the movie will not disappoint from the looks of it.