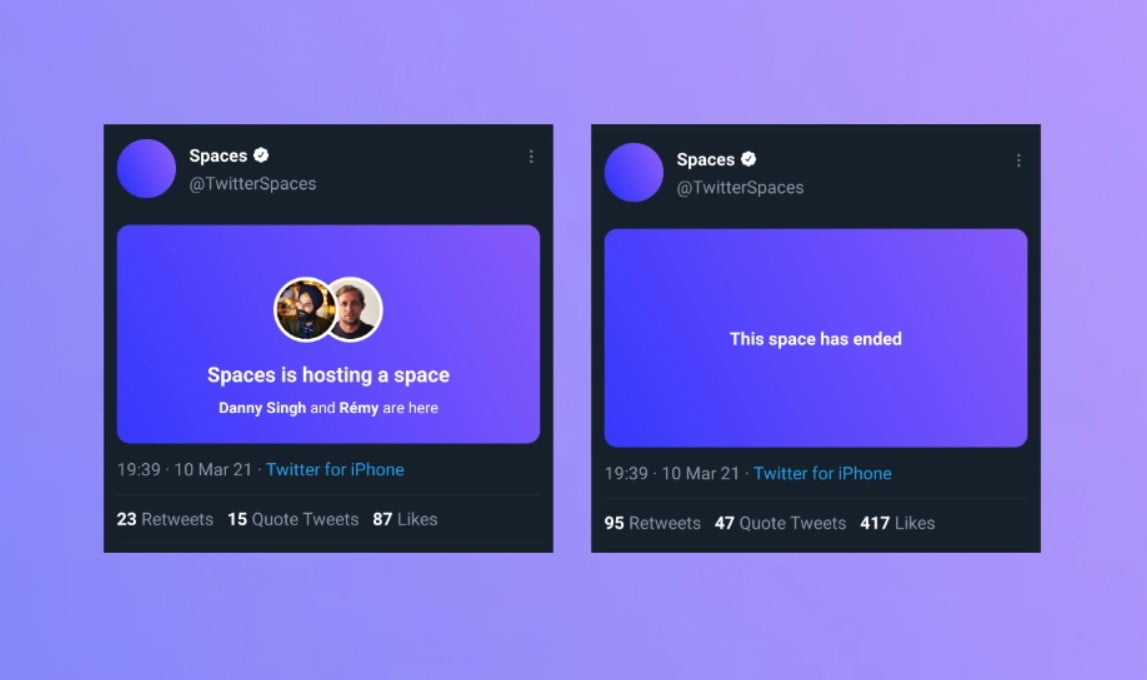 The web version of Twitter’s Clubhouse-like ‘Spaces’ function has finally arrived. Any desktop browser, as well as the best Android browsers, can now join a Space.

Twitter’s Clubhouse competition is coming to the web, according to a Twitter engineer working on Spaces.

After a few months, the company added Spaces access to its website, which is now available on both mobile and desktop.

Unfortunately, users cannot host Spaces from Twitter on the web at this time. Instead, you’ll have to use Twitter’s Android or iOS app to host a Space.

You can, however, create reminders to join a planned Space and test out the new transcribing design by setting reminders.

Spaces, a Clubhouse-style audio meetup program, was formerly exclusively available as an iOS and Android app.

our focus areas:
– infrastructure and listening UI that adapts to your screen size
– setting reminders for scheduled spaces
– accessibility and transcriptions pic.twitter.com/Wb0DQktkhD

After months of anticipation, testing, and declarations that “Now you can Tweet and Talk,” Twitter finally made the product available to users with over 600 followers on Monday. Some users may earn money hosting Spaces in the future.

“Spaces are for small, intimate talks with just a few others, or for large discussions about what’s going on right now with thousands of listeners,” Twitter wrote in a blog post on Monday.

“Dig into the topics and conversations you care about with people you know and people you want to know, from connecting with your favorite singer to a post-game show or a recap of the latest news that just dropped.”

Twitter’s stock fell as much as 15% in after-hours trading after the company announced it has 199 million daily users, compared below analysts’ expectations of 206 million.

Twitter banned Donald Trump from the network for the first time nearly four months ago, blaming him for the Capitol attack on Jan. 6.

The social media company began identifying tweets that included possible COVID-19 vaccination disinformation. That was followed up by last week’s debut of Birdwatch, which enables users to call out inaccurate tweets. Infrastructure and listening UI that adapts to screen size, setting reminders for planned spaces, accessibility, and transcriptions will be the key areas, according to the business.

The firm announced that it is working on a ‘Ticketed Spaces’ feature that will allow hosts to get compensated for the experiences they create through monetary support while also giving listeners exclusive access to the conversations they care about.

The clubhouse is progressively losing steam, but Spaces’ impetus continues to build. Its decision to focus primarily on iOS users hasn’t gone well.

Clubhouse, which had been confined to iOS for more than a year, was finally released on Android two weeks ago. Furthermore, the app is still only available to invitees.

Many analysts feel the app’s staggered launch will have an impact on the platform’s viability, as we reported earlier this week.